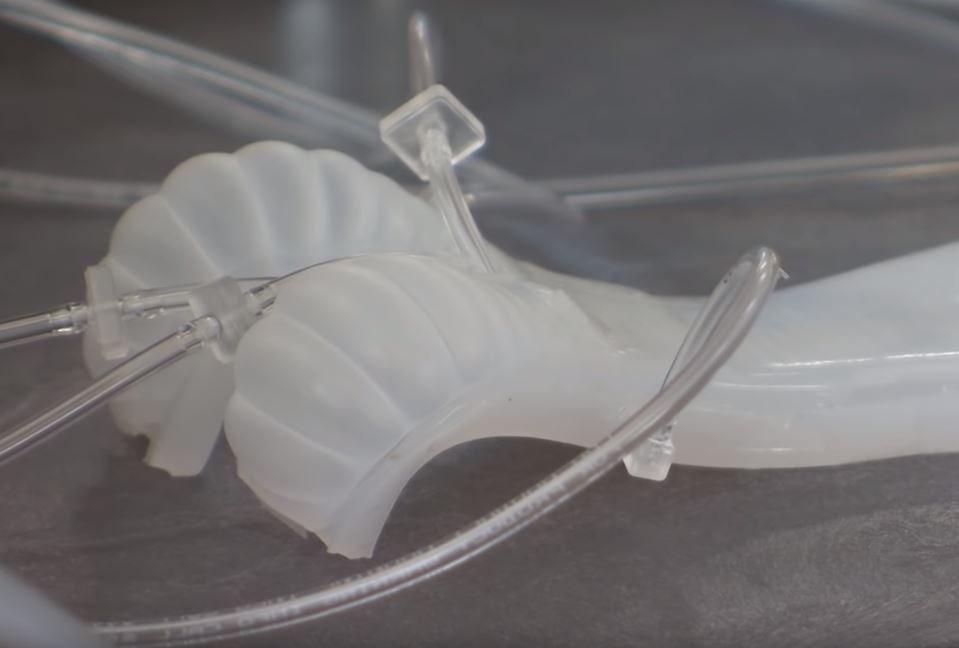 Robots and space exploration go hand-in-hand, so it’s no surprise that NASA is on the forefront of experimental new robotics technologies that could be used during missions to other planets. The group’s rovers and robotic landers have proven incredibly useful for gathering information about places like Mars, but rigid metal might not be the ideal material for future bots.

In a new blog post, NASA shows off some of the experimental work it is conducting in the realm of soft robots. Robots made out of silicone or other pliable materials could provide future missions with new capabilities, and soft robots could play a huge role in future manned missions to Mars and beyond.

Metal components of modern robots are obviously well suited to the hazards of life on another planet, but that doesn’t mean the more intricate mechanisms that allow them to move are immune to failure. Soft robots, if made of durable materials, can have impressive longevity in their own right, and their flexible nature could make them less prone to movement-related wear and tear.

Soft robots may also be more versatile than their rigid counterparts, and NASA sees promise in new robot designs that allow soft materials to form different shapes based on the application requirements.

“When you actuate the soft robot, it changes how you use the material properties,” Jack Fitzpatrick of NASA’s Langley Research Center explains. “A piece of rubber going from flat to the shape of a finger, it changes the material into something else.”

Most of the current prototypes are fairly small-scale and simple, but they’re a proof that the concept could work in practice.

One of the most promising aspects of soft robots is the potential for manned missions deep into space to construct them as needed. Building a metal robot is a complicated endeavor, but 3D-printing a mold that can be filled with silicon and turned into an air-powered robot would me easier to accomplish in a remote location like Mars.