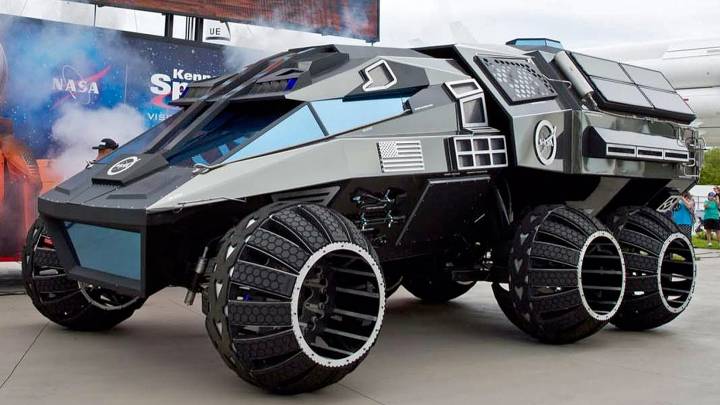 Thus far, NASA has landed a total of four rovers on Mars, and while the conversation surrounding sending humans to the red planet is a hot topic, there are no concrete plans to actually make the journey happen. When it does happen, however, the brave folks who make the trip are going to need something to drive on the planet’s surface if they hope to actually do any exploring. With that in mind, NASA has revealed a concept vehicle that has no business being sent to Mars, but the agency is pretty excited about it anyway. The vehicle, which has been named simply “Mars rover,” looks like a cross between a Halo warthog, the Mako from Mass Effect, and the Batmobile. It’s a futuristic, manned exploration vehicle that looks like it would be more at home in the next Alien flick than actually being driven by astronauts. It’s packed with displays and controls that are straight up sci-fi, and it looks both rugged and incredibly intimidating.

That being said, this isn’t a NASA product. Despite being shown off at the Kennedy Space Center Visitor Complex and wearing NASA’s own badge right on its nose, the vehicle was actually crafted by a team of custom car builders who were clearly aiming for a specific look at the expense of all else. Still, the rover is a pretty capable machine, and is capable of speeds as high as 70 mph (around 15 mph on Mars) via its electric drivetrain. You definitely won’t see NASA sending one of these into space any time soon, but it sure is pretty to look at.