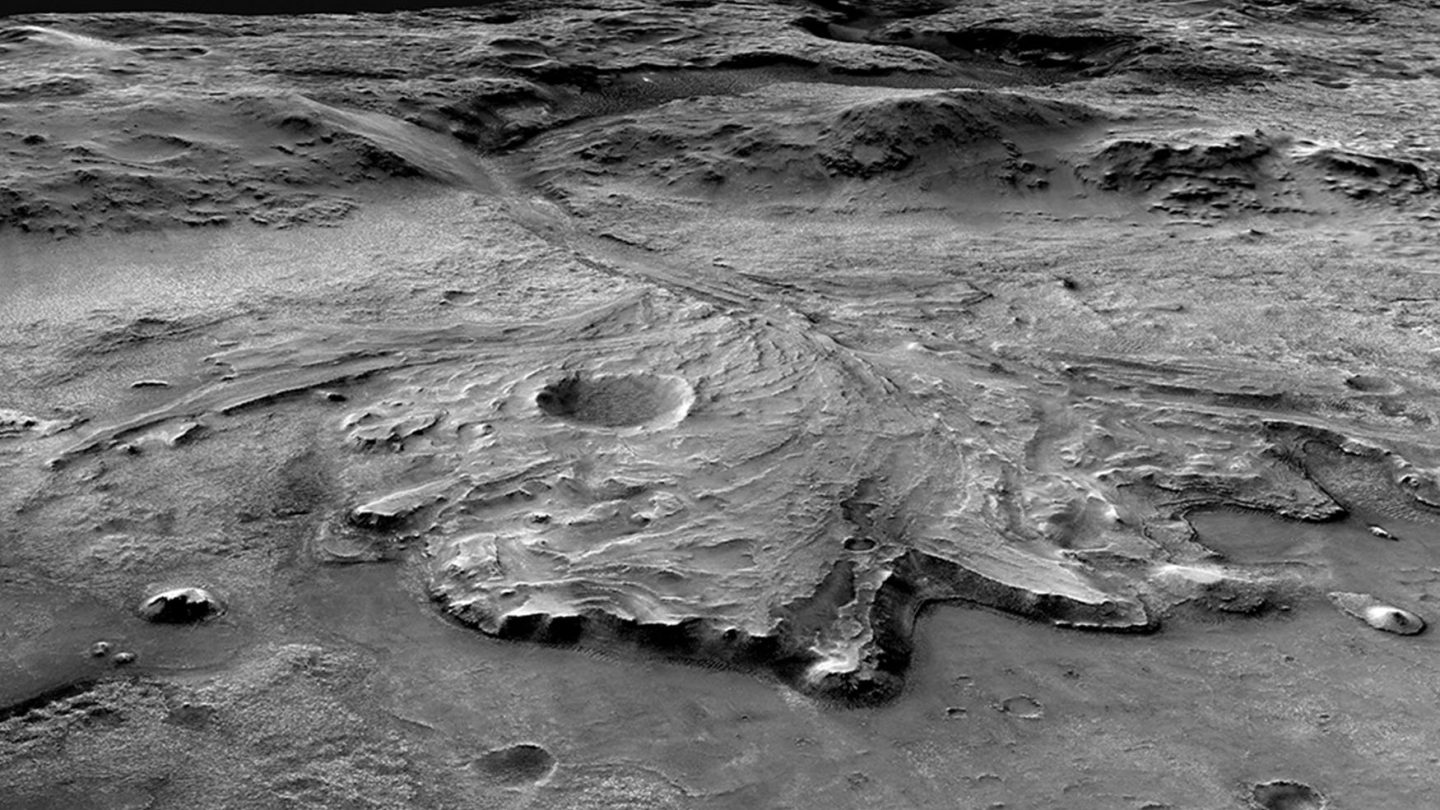 Now that NASA’s Mars rover is safely on the surface of the planet, the real business is set to begin shortly. The rover, like those before it, should expect a long and exciting life on the Red Planet, but if NASA wants it to achieve its lofty goal of detecting the faint signatures of past life on Mars (if it existed), it’s going to have to explore the right areas. One such area is a large, dried-up river delta that flows in the Jezero crater where the rover is located, and NASA just showed off a stunning image of it.

NASA wants the Perseverance rover to study the surface of the planet, but beyond that, it would love for the high-powered robot to detect something that suggests life once existed there. The Jezero crater is thought to have once been a massive lake, so hunting for that evidence near one of the sources that kept the lake filled is a great idea.

The river delta in the image is an indication of what NASA called the “on-again, off-again nature of the wet past of Mars,” and it was a target that NASA was considering long before it even launched the mission. It seems like the perfect place to search for evidence of past life thanks to the layers of sediment that appear to have built up there. On Earth, sediment like that can hold the secrets of biological activity for millions or even billions of years, so perhaps the same is true on Mars. 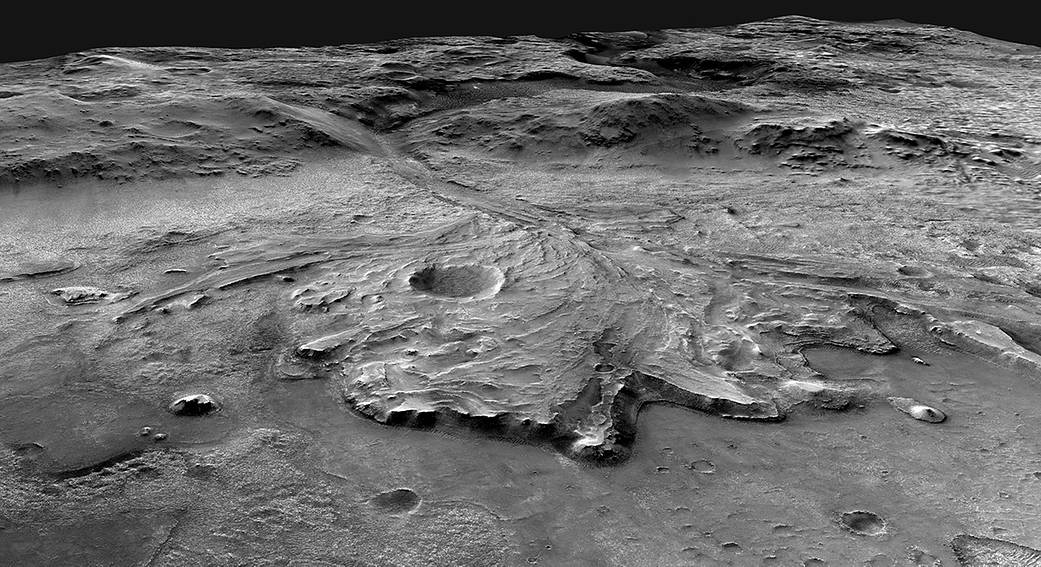 NASA describes the area as follows:

The route begins at the cliffs defining the base of a delta produced by a river as it flowed into a lake that once filled the crater. The path then traverses up and across the delta toward possible ancient shoreline deposits, and then climbs the 2,000-foot-high (610-meter-high) crater rim to explore the surrounding plains. About half of this traverse could be completed in Perseverance’s prime mission (one Mars year, or two Earth years). For reference, the prominent crater near the center of the image is about 0.6 miles (1 kilometer) across.

Of course, it’s worth noting here that NASA’s past rovers have far outlived their original lifespans. Assuming that Perseverance is cut from the same cloth, it will likely have plenty of time to scour the Jezero crater for signs of life both at this tantalizing river delta and elsewhere.