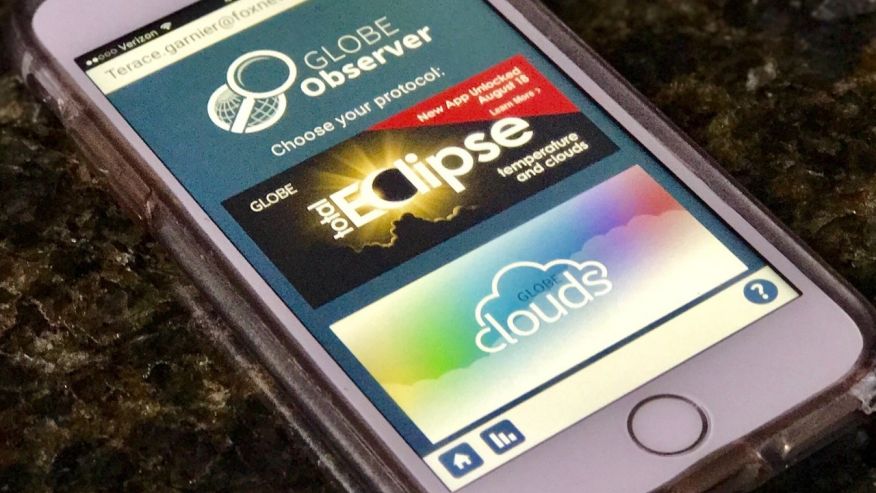 NASA launched its newest app this week designed to motivate the average person to be a citizen scientist during the upcoming solar eclipse.

Space Scientist Elizabeth Macdonald told Fox News the Globe Observer app was designed by a NASA-supported research program called the Global Learning and Observations to Benefit the Environment, better known as GLOBE. The initiative encourages students and members of the public to collect and analyze environmental observations.

“This is apart of a citizens’ science project – so that people all across the country can report all the changes they see,” Macdonald explained. “Those can help us understand better how these clouds change and occur during a rare event like a solar eclipse.”

‘GREAT AMERICAN ECLIPSE’ 2017: WHAT IT IS, WHEN IT’S HAPPENING AND WHY YOU HAVE TO SEE IT

A video on the GLOBE Program Twitter feed explains how data compiled through the app is used after the solar eclipse.

“The data will go into the GLOBE Program’s database where it is accessible to students and scientists from all over the world.”

Scientists can later use the collected data to compare it with satellite observations. This helps with future studies of the Earth and global environment.

“What you can do with this app is observe clouds, temperature changes you will experience as a part of the total solar eclipse on Aug. 21,” the NASA spokeswoman said.

The experiment was also created to help solar eclipse enthusiast and others understand their surroundings. “It’s really going to be a spectacular event in many ways so you want to look all around at the ways that the atmosphere is changing and this is one of the ways you can participate,” Macdonald said.

Terace Garnier is a Fox News multimedia reporter based in Columbia, South Carolina. Follow her on twitter: @TeraceGarnier