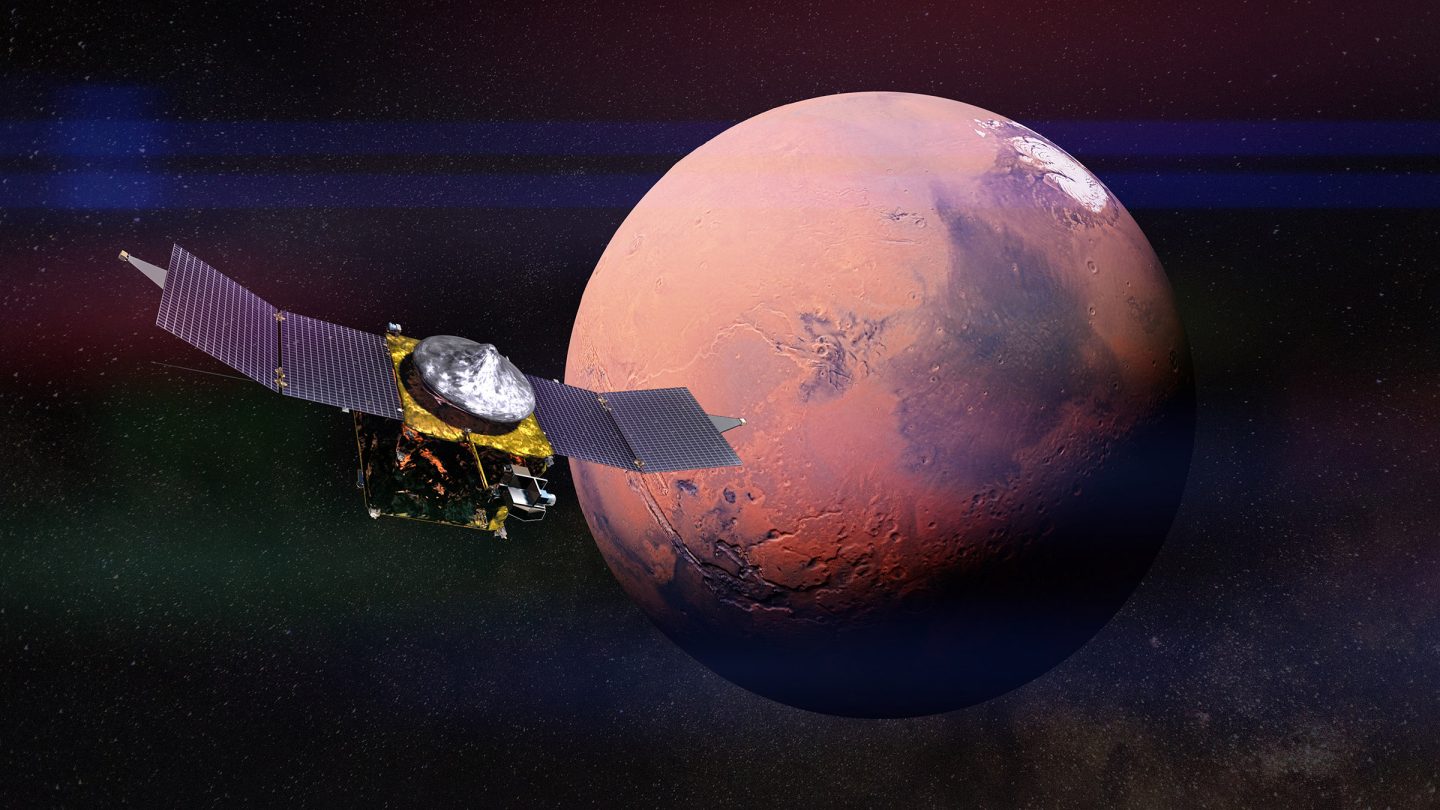 NASA almost lost its MAVEN spacecraft. The Mars-focused spacecraft has been orbiting the Red Planet since 2014. However, NASA says it recently ran into some issues with the orbiter. The issues first popped up back in February, when the spacecraft’s team found it suddenly in safe mode. Luckily, engineers were able to resolve the issue. But NASA says it was a harrowing three months.

Back in February, after a three-hour presentation meant to get MAVEN’s mission extended, Shannon Curry, the spacecraft’s principal investigator, received a phone call that it had gone into safe mode.

According to a statement, the spacecraft encountered issues with its Inertial Measure Units, or IMUs. This caused it to go into safe mode, which happens whenever a spacecraft runs into a problem.

“This was a critical challenge facing the mission,” Curry explained in a statement. The team says that the spacecraft encountered the problem after a routine power cycle of IMU-1. MAVEN was built with two identical IMUs on board. IMU-1 is the primary unit, while IMU-2 acts as a backup. After the power cycle, the team was unable to make contact with the spacecraft.

Once contact resumed, however, they found that MAVEN was unable to tell its current attitude from either IMU. Because these systems act as the navigational tools for MAVEN’s orbit, it made it impossible for the team to know exactly where the spacecraft was at any given point in time.

Even after rebooting, the spacecraft’s computer was unable to determine its orientation. As such, it had to swap to the backup computer to get accurate readings of where it was. This is when it entered safe mode and ceased all other activities.

On the ground, the engineering team got to work quickly to try to find a solution. They had already been working on an all-stellar mode for MAVEN since its IMUs were already degrading. Once implemented it would have allowed the spacecraft to navigate by the stars without the use of IMUs. They intended to implement it in October of 2022, so it wasn’t quite ready to push out just yet.

The spacecraft has already been in the air much longer than NASA originally planned. However, MAVEN has returned some great information about Mars back to its team on Earth. As such, keeping it running was a priority for the team. That’s why they worked so hard to push all-stellar mode out earlier than expected.

It took roughly three months to pull it off, but MAVEN is finally up and operational again. And, that means the spacecraft can continue learning more about Mars and its atmosphere.