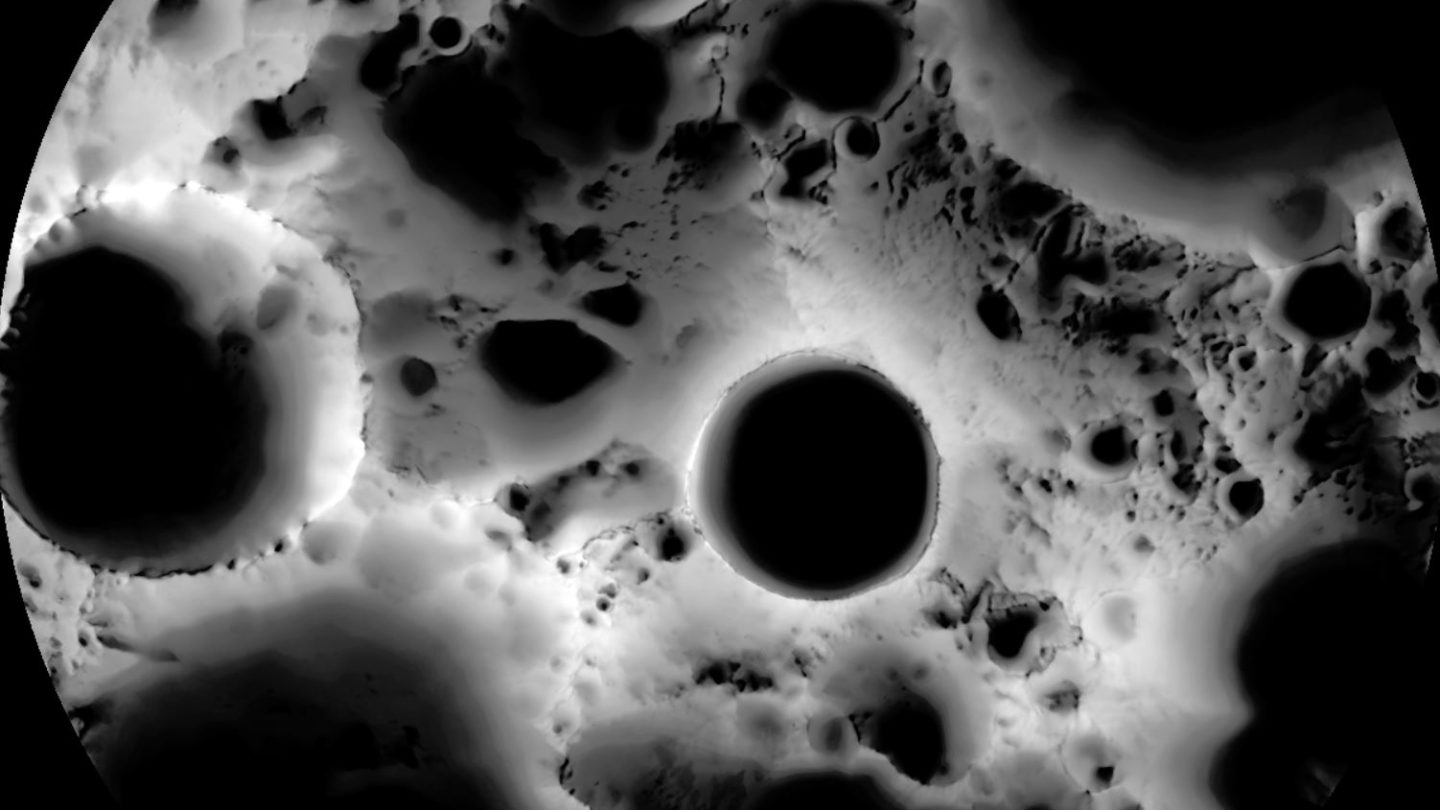 NASA is moving forward with plans to send a crewed mission to the lunar surface by 2024, a goal that will be impossible to achieve without additional funding and support that the U.S. government has not yet confirmed it is willing to offer. Nevertheless, the agency is working hard on many of the preliminary aspects of the mission, including choosing a landing site, and boy did they pick a neat one.

In an announcement on NASA’s website, the agency reveals that it will be targeting the South Pole of the Moon, which has never been explored by humans but is thought to hold vast reserves of water ice. Water in any form will be crucial to future plans of using the Moon as a “jumping-off point” for missions deeper into space, and learning how to efficiently tap into the Moon’s natural resources is high on the agency’s priority list.

“We know the South Pole region contains ice and may be rich in other resources based on our observations from orbit, but, otherwise, it’s a completely unexplored world,” NASA deputy associate administrator Steven Clarke said in a statement. “The South Pole is far from the Apollo landing sites clustered around the equator, so it will offer us a new challenge and a new environment to explore as we build our capabilities to travel farther into space.”

Astronomers know a lot about the Moon’s South Pole, at least in terms of its geography, but landing a crewed spacecraft in the area will still be a massive challenge. At the moment, one of the biggest hurdles remains finding a suitable launch system, with Boeing’s Space Launch System seeing huge delays and few alternatives that could feasibly be readied in time.

NASA has been attempting to generate support with lawmakers for an increase in budget to make the five-year Moon mission date a reality, but nothing is set in stone. We should have a better idea of how much money NASA will have to work with in the coming weeks, and the chances of pulling of a successful mission may depend on a huge boost in budget.