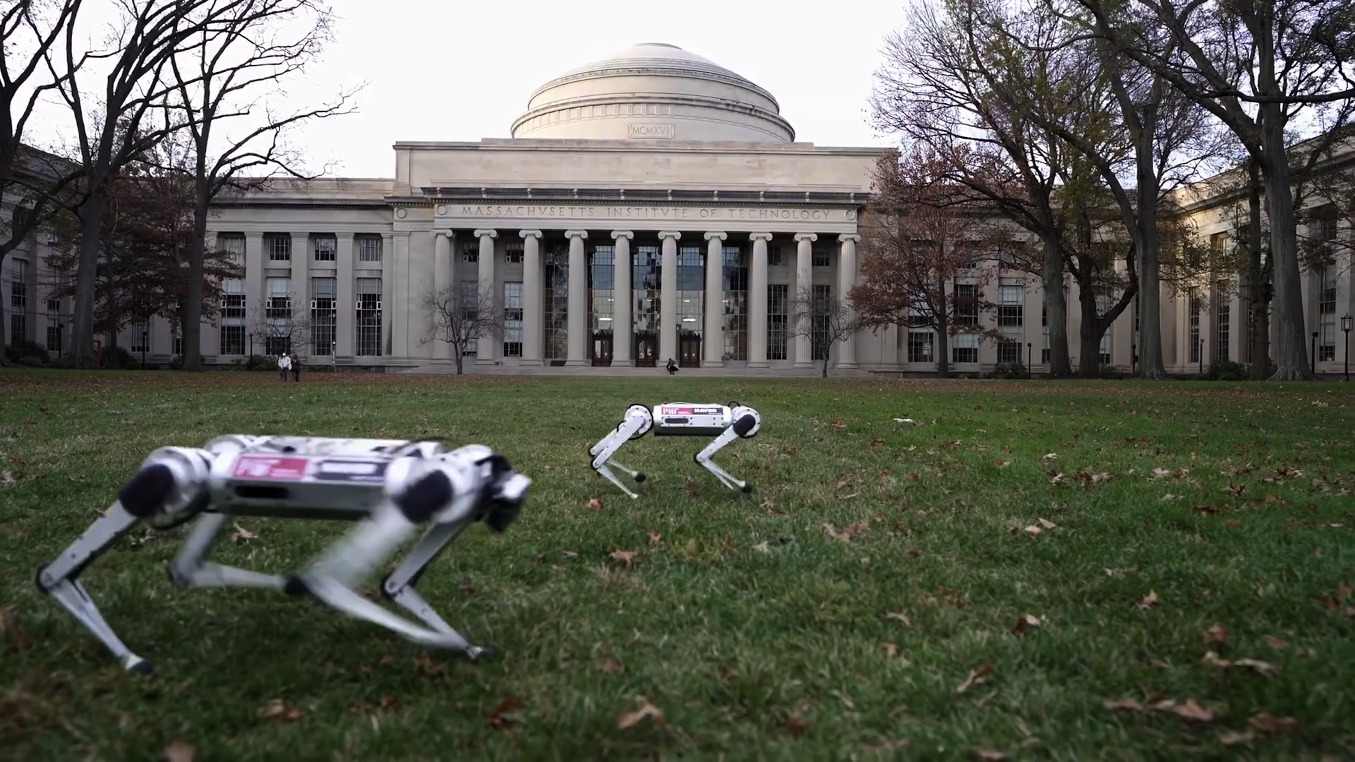 Scientists at MIT managed to teach a robot to run using machine learning. Normally robots are taught how to move across difficult terrain by preprogramming it into their code. This time, though, the scientists at MIT used simulations to teach the Mini Cheetah to run fast and adapt to walking on different terrain. The researchers showcased the results in a video last week, and they are both intriguing and hilarious.

As you can see in the video above, the Mini Cheetah isn’t the most graceful machine when it comes to running. But everything it does, it learned to do itself thanks to simulations. The group says it chose machine learning to see how viable it was as an option. Normally, engineers would need to program everything that the robot was going to do.

This takes time, a lot of time, in fact, and is very difficult to do. Not only does the engineer have to code everything, but it has to determine where the robot might fail and how to adapt it to fit those sections. With machine learning, though, robots like the Mini Cheetah can learn to run without needing a helping hand.

The trick to getting the Mini Cheetah running was to let it accumulate days of experience on diverse terrains. The MIT scientists say they were able to send the Mini Cheetah through 100 days’ worth of experience in just three hours. This allowed them to scale up the terrain that it was experiencing quite a lot and let them test things more easily.

More than meets the eye

The Mini Cheetah’s movements might not look graceful, but the results speak for themselves. By letting the machine learn how to run on its own, the scientists gave it more room to succeed. During testing, it was able to run faster than they’ve ever made it run before. The Mini Cheetah reached up to 13 feet per second or 9 miles per hour. It’s an impressive stat for sure.

It was also able to turn quickly, even on icy surfaces. Further, it did all of this without falling on its face. The technique is called reinforcement learning, and the team used over 4,000 versions of the Mini Cheetah to determine the best movement patterns in their virtual sessions. Any patterns that didn’t promote speediness were thrown out (via Wired).

Of course, one of the biggest questions surrounding the Mini Cheetah and its recent success story is, can these results be scaled up? In a Q&A post, MIT Ph.D. student Gabriel Margolis and IAIFI postdoc Ge Yang say that the current way that we do robotics isn’t scalable. That’s because it requires humans to tell the robot what to do, as well as how to do it.

With the current system that MIT is testing, the robot is told what to do but must figure out the best way to do it. Sure, there are some issues with it, like how awkward the robot moves. But, overall, the system could open a lot of doors for the robotics world.

In this test, the scientists threw out patterns that didn’t promote speediness. But what if they did another test with the Mini Cheetah that blends speediness with sturdiness? I’d personally love to see how those results look, especially given how promising these latest ones turned out.