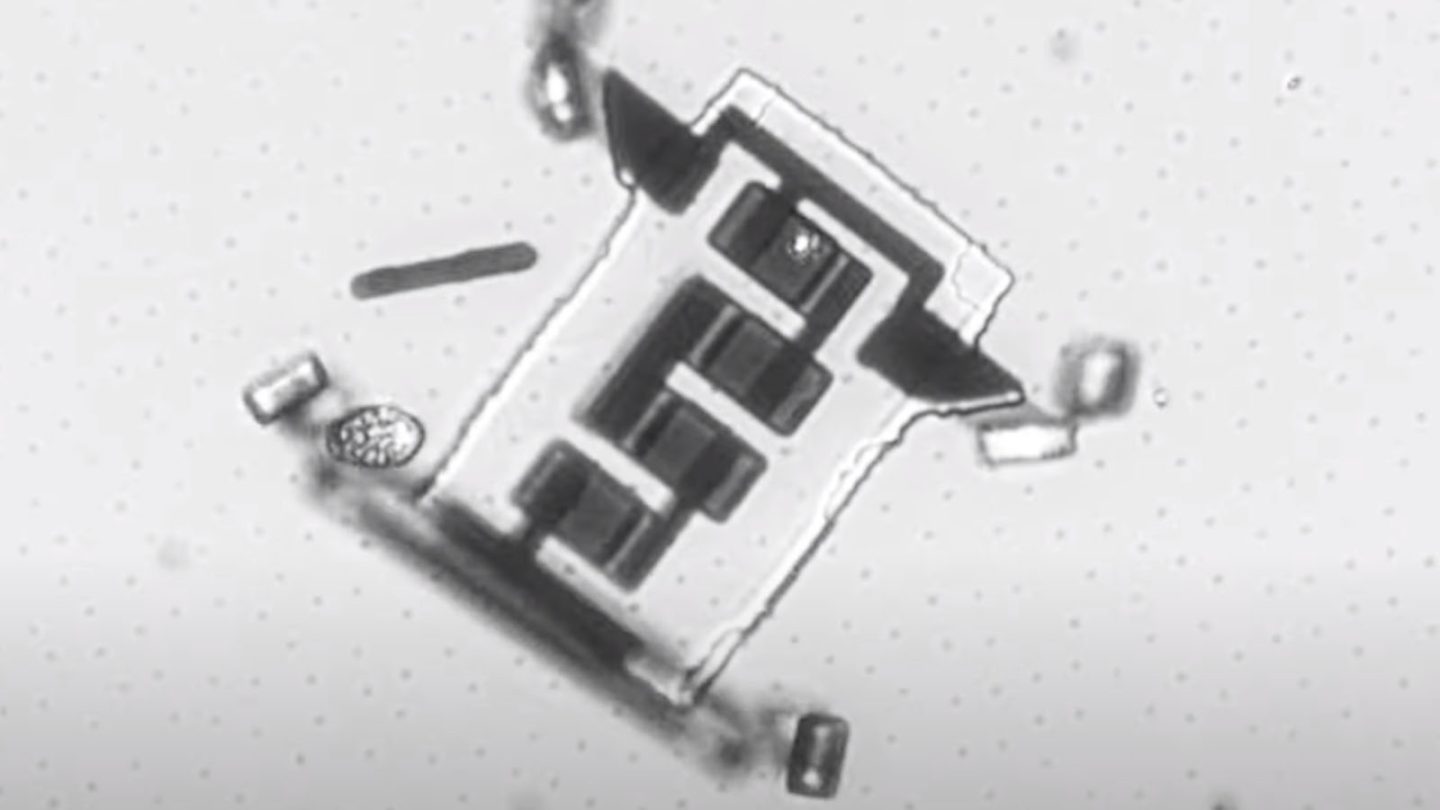 Advancements in robots have already changed our lives in many ways. Most of the time you don’t even notice it, but automated robotic systems have added efficiency and speed to countless industries. Now, as engineers continue to advance work on smaller and smaller robots, the possibility of microscopic machines one day traveling through our bodies is greater than ever.

As New Atlas reports, a new study published in Nature sheds some light on the advancements being made and highlights the few hurdles that still stand between us and having tiny robot assistants cruising through our bodies to keep us healthy.

Researchers at Cornell and other institutions have developed what they say is a first-of-its-kind robot that utilizes semiconductors to facilitate external remote control. They move via laser impulses and are small enough that they are right at home next to microorganisms that already live inside of us.

According to Cornell University:

The new robots are about 5 microns thick (a micron is one-millionth of a meter), 40 microns wide and range from 40 to 70 microns in length. Each bot consists of a simple circuit made from silicon photovoltaics – which essentially functions as the torso and brain – and four electrochemical actuators that function as legs.

Those are some incredibly tiny bots, but what are they good for? Well, at the moment, not much. However, in the future, tiny robots much like these could be capable of a wide variety of things. Scientists are already dreaming big, but it’s not a stretch to imagine microscopic bots such as these gaining the ability to gradually deliver drugs throughout specific organs or even hunting for signs of diseases.

“While these robots are primitive in their function – they’re not very fast, they don’t have a lot of computational capability – the innovations that we made to make them compatible with standard microchip fabrication open the door to making these microscopic robots smart, fast and mass producible,” Itai Cohen, lead author of the study, said in a statement. “This is really just the first shot across the bow that, hey, we can do electronic integration on a tiny robot.”

The promise of these tiny robots is that they may be capable of doing things that even a well-trained doctor simply can’t. We’re still not to the point where we’re ready to start injecting robots into human bodies, but with the rapid progress that is being made on this front, it might not be long before we get there.