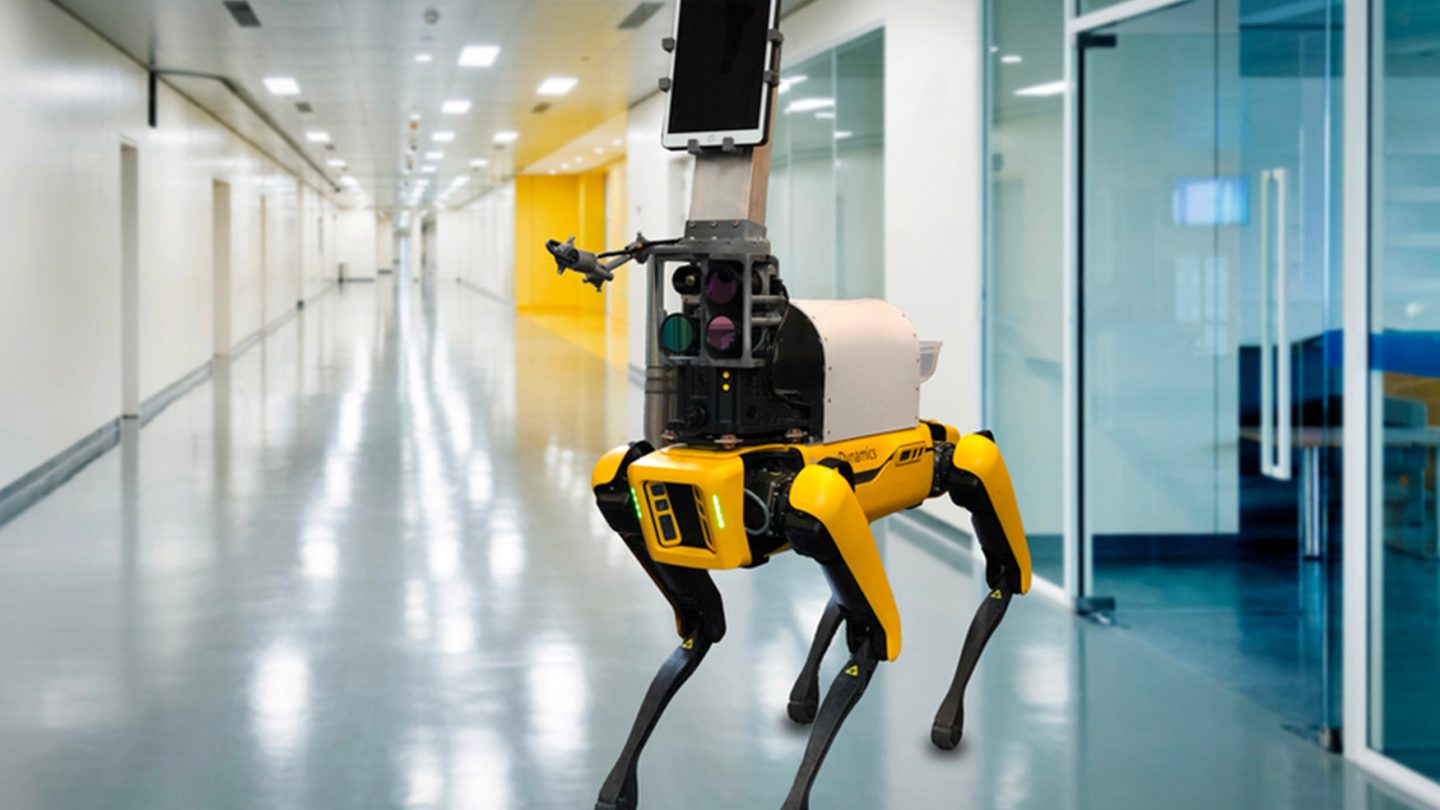 Post-apocalyptic science fiction flicks love to paint a picture of a future where mankind’s own creations end up enslaving us. It’s almost always robots that got too smart for their own good (or, I guess, for our good) and decided they’d do a better job of running the planet. Somewhere down the road, it’s not entirely out of the realm of possibility, but for now, they sure do seem to be helping.

As MIT News reports, a new study examines the potential usefulness of semi-autonomous robots in fighting the coronavirus pandemic. More specifically, robots that already exist today could prove useful as contact-free medical tools that can monitor a patient or screen for signs of illness without risking a human in the process.

The idea makes a lot of sense. Robots like Spot, developed by Boston Dynamics, are capable of navigating simple floorplans with ease. Hospitals and clinics aren’t terribly complex, and the robots could easily visit rooms and, along with some specialized accessories, take temperatures and offer remote care.

Remoter face-to-face care could be provided easily using something as ubiquitous as an iPad mounted on top of the robot, while special sensors on the robot can quickly return readings for temperature, pulse, and even blood oxygen content without actually touching the patient.

That’s some pretty impressive number crunching, and while the idea of a robot making the rounds to check up on patients might seem a bit impersonal, there’s no such thing as being too careful in the midst of a global pandemic.

“We are thrilled to have forged this industry-academia partnership in which scientists with engineering and robotics expertise worked with clinical teams at the hospital to bring sophisticated technologies to the bedside,” Giovanni Traverso, senior author of the study, said in a statement.

Doctors and scientists around the globe are currently working toward a safe and reliable vaccine to help pull us out of this incredible crisis. By most estimates, we should have a vaccine available to us by sometime in early 2021. With that in mind, working on robotic hospital staff might seem foolish, but COVID-19 isn’t the world’s first pandemic, and it surely won’t be the last. If anything, these robotic helpers could be ready and waiting for the next crisis, whenever it rears its ugly head.