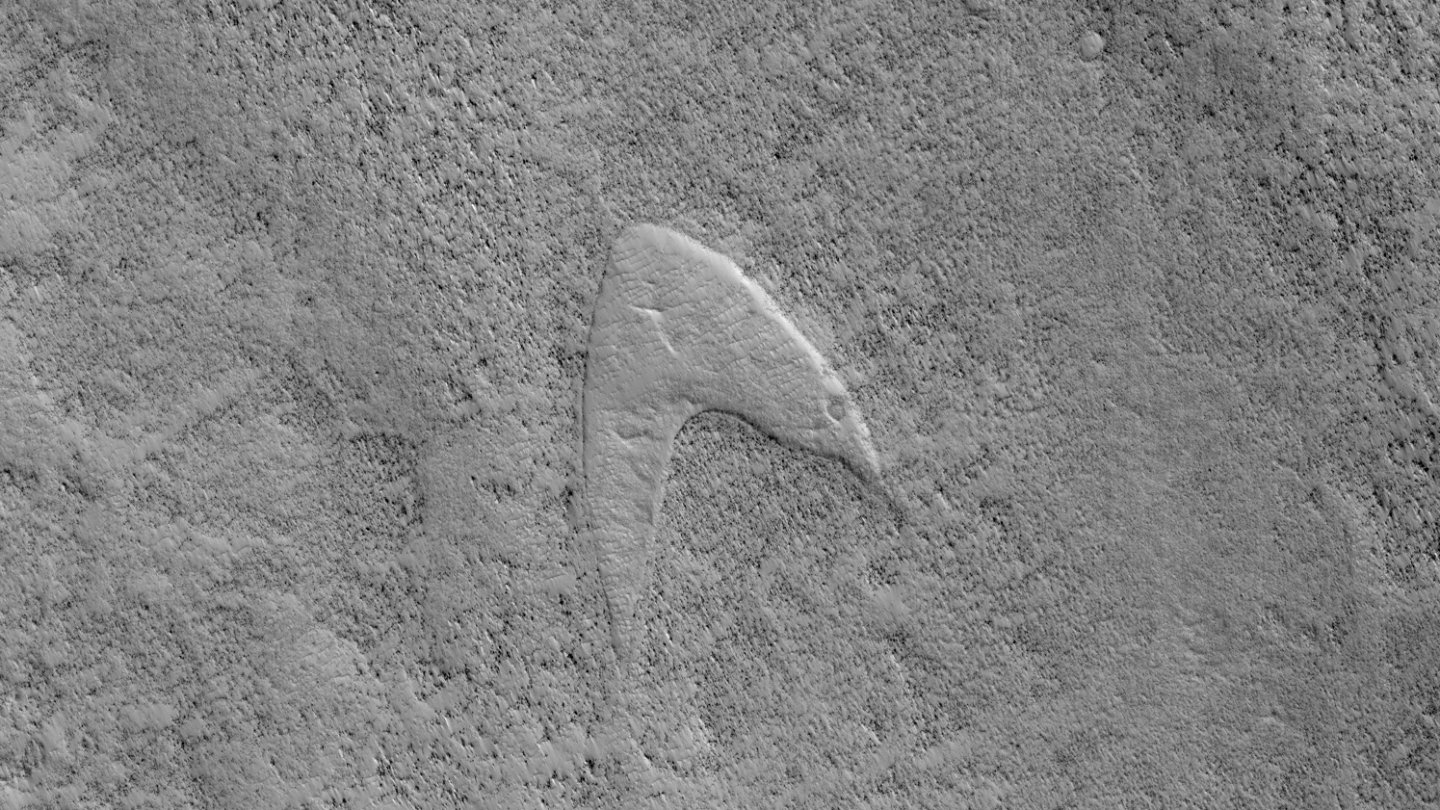 NASA’s Mars Reconnaissance Orbiter is an incredibly useful tool that allows scientists to image areas of the planet’s surface with ultra-sharp detail. It has revealed many things about Mars and offered insights into how the planet’s weather has affected its geography over millions and sometimes billions of years.

One of the orbiter’s recent images of the Red Planet is getting far more attention than most, and it’s causing quite a stir on social media. In the image, the long-still remains of an ancient dune catch the eye immediately, and for good reason: it’s in the shape of the Star Trek logo.

Mars is a dusty, windy place, and as such it has many areas that are covered in dunes. This particularly pop-culture-friendly dune is actually almost entirely gone, having been blown away by winds long ago, but its outline remains thanks to some kind of ancient eruption that caused lava to flow across it.

The University of Arizona explains:

Long ago, there were large crescent-shaped (barchan) dunes that moved across this area, and at some point, there was an eruption. The lava flowed out over the plain and around the dunes, but not over them. The lava solidified, but these dunes still stuck up like islands. However, they were still just dunes, and the wind continued to blow. Eventually, the sand piles that were the dunes migrated away, leaving these “footprints” in the lava plain. These are also called “dune casts” and record the presence of dunes that were surrounded by lava.

The image, which was captured by the HiRISE camera built into the Mars Reconnaissance Orbiter, quickly spread online and, as you might expect, has become a favorite of science fiction fans.

As you can see in the original image, there are actually several such fossilized dunes left in the area, all of them holding roughly the same pointy shape. In the never-ending debate between fans of Star Wars and Star Trek, it would appear that Mars has chosen a side.