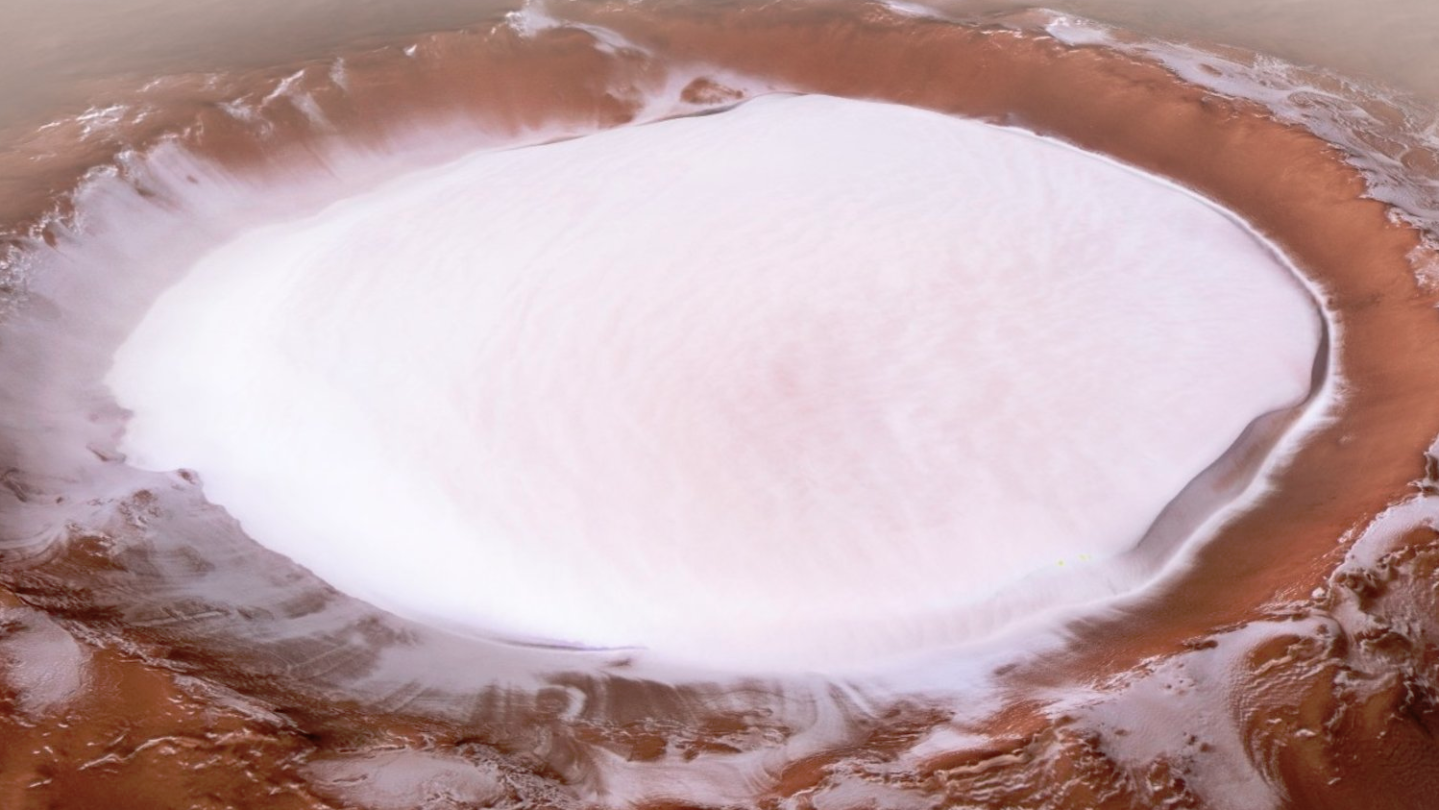 As we creep ever closer to December 25th, there are plenty of people in the United States and abroad that are hoping there’s at least a light dusting of snow on the ground for the biggest gift-giving holiday of the year. You might not imagine Mars would be the best place to look for winter wonderlands, but new a image shot by the European Space Agency’s Mars Express spacecraft reveals a snowy oasis hiding out in a massive crater.

The photo, which was snapped by the High Resolution Stereo Camera (HRSC) instrument of the Mars Express satellite, is actually a composite of a handful of individual images snapped at different times. By stitching them together we get a gorgeous view of a particularly serene feature of the Red Planet.

Looking a bit like an snow-covered, frozen lake, the massive field of fresh snow is tucked away inside the Korolev crater. To give you a sense of how large the icy dune is, consider that the crater itself is just over 50 miles across. Yeah, it’s huge. As ESA explains in a new blog post, there are some very interesting mechanics at work that allow the crater to sustain its icy interior. Here’s how it works:

The very deepest parts of Korolev crater, those containing ice, act as a natural cold trap: the air moving over the deposit of ice cools down and sinks, creating a layer of cold air that sits directly above the ice itself.

Behaving as a shield, this layer helps the ice remain stable and stops it from heating up and disappearing. Air is a poor conductor of heat, exacerbating this effect and keeping Korolev crater permanently icy.

Thanks to NASA, ESA, and independent research institutions around the world, we know a lot about how different Mars is from Earth. We have an idea of how difficult it would be for a human colony to sustain itself there, and we know that there’s a good chance the first Mars travelers won’t make it back to their home planet. Then there’s photos like this, which kinda make us want to go there right now.