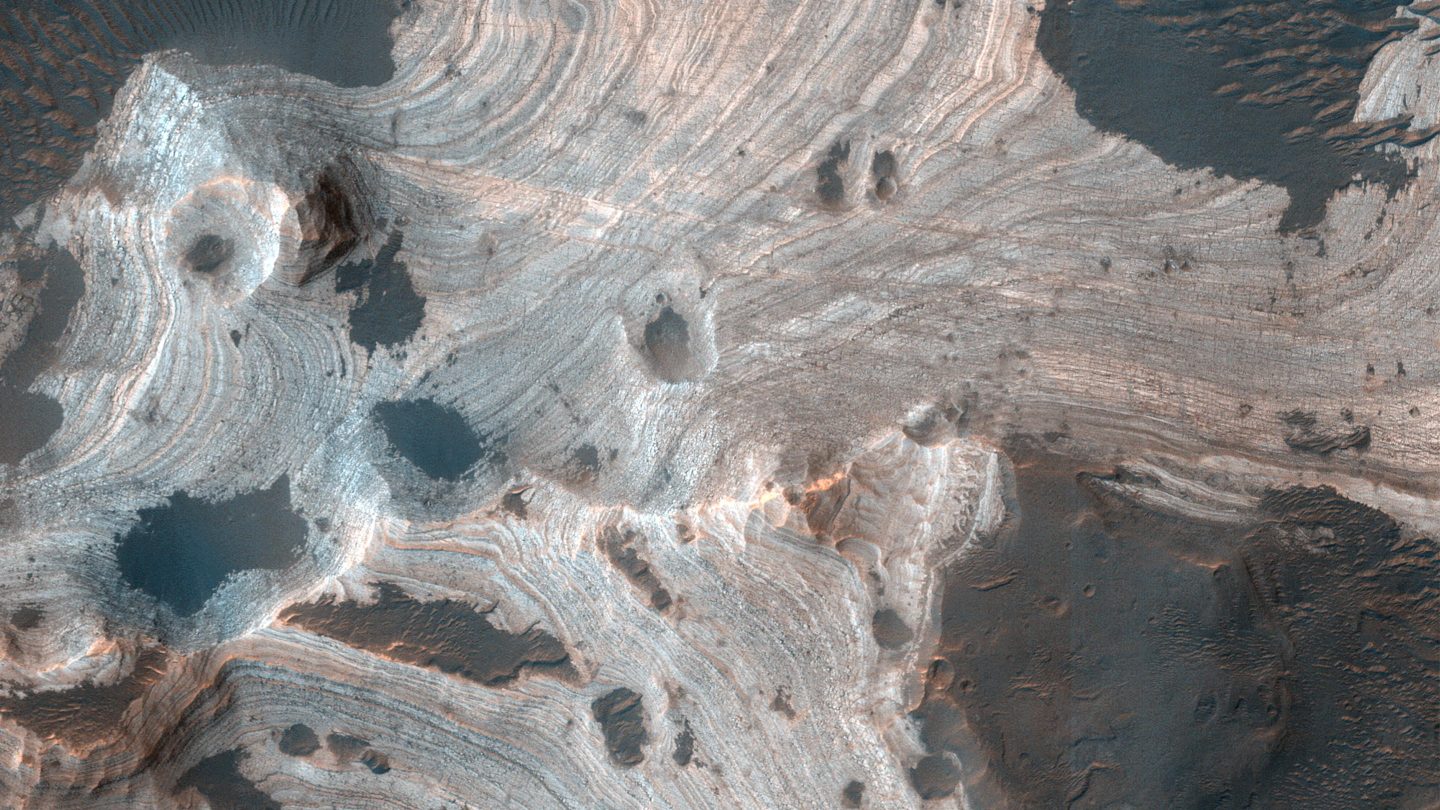 Most of the images we see of Mars depict it as a dusty, dry, and often featureless. It’s true that there are large stretches of the planet that are covered in orange dust and sand with very little in the way of landmarks, but to assume that’s all Mars has to offer would be doing it a great disservice. The planet is actually an incredibly complex, feature-rich world with plenty to see.

In a new blog post, NASA has chosen to highlight one particular area of Mars that has an abundance of personality. It’s a piece of Martian real estate located in the Holden Crater where the wind has swept away much of the surface dust and revealed the incredibly intricate layers of rock beneath.

“Much of Mars is covered by sand and dust but in some places stacks of sedimentary layers are visible,” NASA explains. “In this image, exquisite layering is revealed emerging from the sand in southern Holden Crater. Sequences like these offer a window into Mars’ complicated geologic history.”

Over billions of years, fine layers of material covered the Martian surface and then hardened. Researchers know that Mars once had a lot more water than it does today, with vast rivers and large lakes. As rivers flowed, they gradually carried surface material along with them. It slowly built up and, thanks to the combination of pressure and time, it solidified.

What we see here is the result of those natural processes. Wind, dust, and possibly even water have carved away at the thick stack of sedimentary rock and offered us a clear look at the many layers that make up the crust of Mars today. The area looks pretty cool, and it’s even of interest to NASA scientists.

“Holden Crater was once a candidate landing area for the Curiosity, Mars Science Laboratory, and is still an intriguing choice today,” NASA says.

As neat as it is, the surface of Mars is always changing, and that means that it wouldn’t take long for this slice of Martian eye candy to once again disappear beneath a layer of dust and debris carried along by the wind. When you’re talking about a planet with dust storms so large they can swallow the world whole, you never know what might disappear or reappear on the surface.