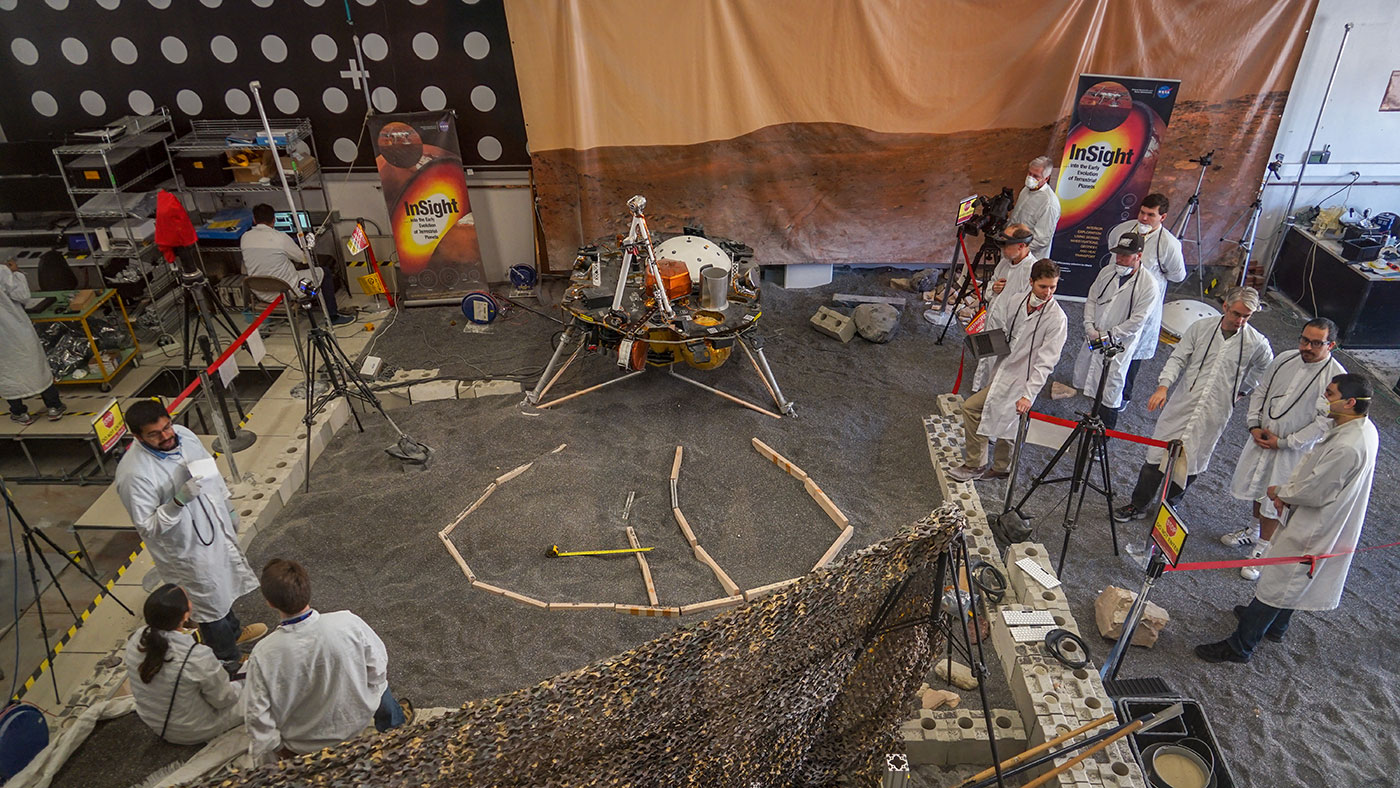 NASA’s InSight lander touched down on Mars a few weeks ago and the team of engineers and scientists handling the robot are in the midst of preparing for its very first science activity on the planet. In a new blog post, NASA explains exactly how it tests the maneuvers that InSight will perform before actually sending those commands to Mars.

One of the coolest tools NASA has constructed in preparation for the mission is a full scale replica of the InSight’s landing sight, complete with a fully functional model of the robot itself. Before any commands are issued to the InSight lander those same commands are sent to the model in order to see how things will play out.

The mock landing site is as close to real Martian terrain as the researchers can simulate in a working lab. Its surface is made up of crushed garnet that is shaped into a rough approximation of what the ground around the InSight lander looks like. The mock lander, nicknamed “ForeSight,” is used by the scientists to practice placing the lander’s sensitive instruments on the surface where they can listen closely to the inner workings of the planet.

Before the lander actually touched down on the planet there was major concern among NASA’s InSight team that they’d be forced to deal with sharp rocks and debris that could hamper their ability to safely place the instruments. The first large composite image of the lander’s location was a huge relief to the team because it showed an almost perfectly rock-free surface, making their jobs a lot easier.

“All around us, there are rocks that were ejected from nearby craters. These can be launched miles across the landscape, depending on the impact size,” Nate Williams of NASA’s Jet Propulsion Laboratory explains. “Thankfully, there just aren’t a lot of rocks right in front of us.”

Now, with years of work ahead of them, NASA’s team is eager to get on with groundbreaking science, and we should be hearing news of instrument deployment within the coming days.