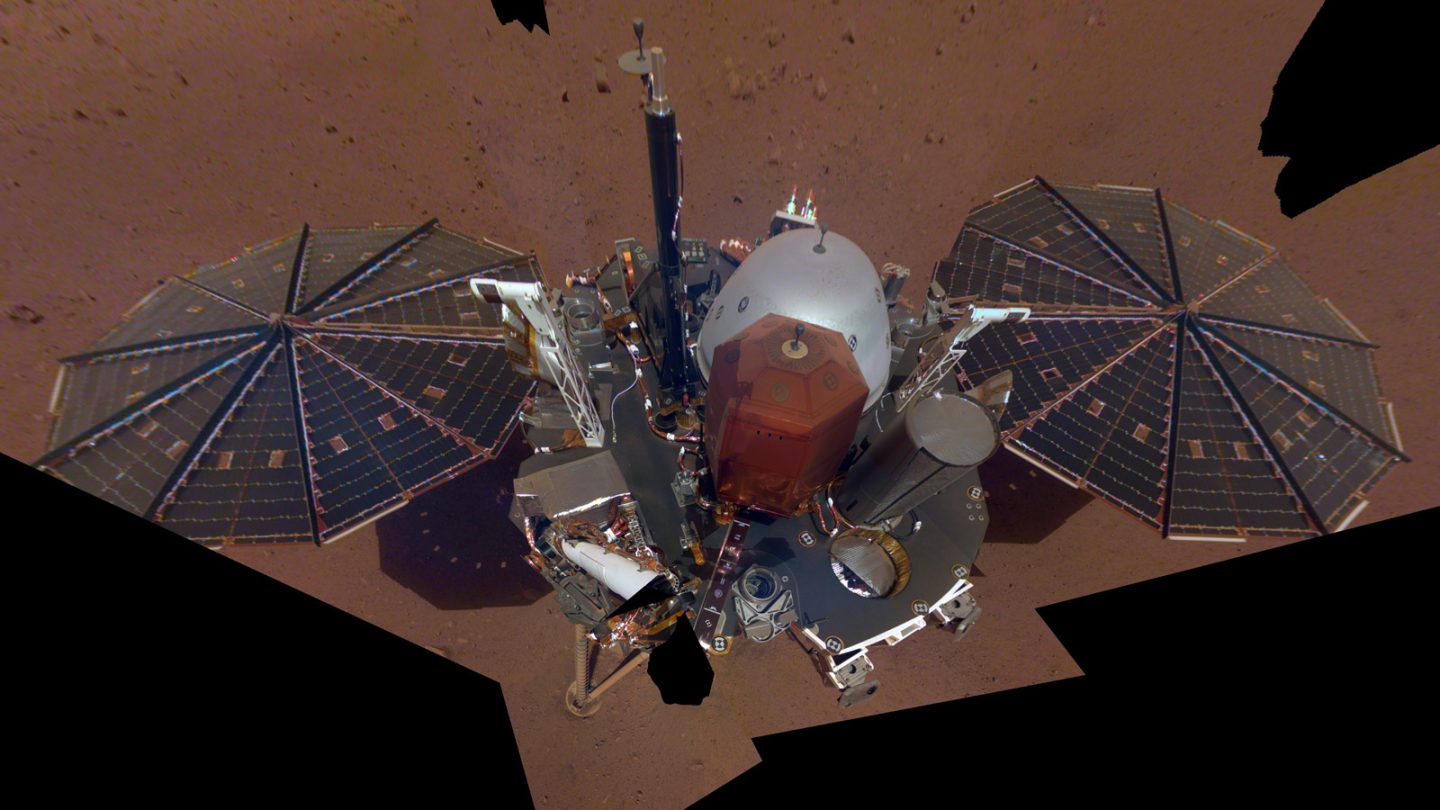 When it comes to robots on Mars, one of NASA’s many traditions is making sure its rovers snap a selfie or two while hanging out on the planet’s dusty surface. That tradition has continued with the newly-landed InSight lander, and NASA just published the robot’s first self-shot photo.

The image, which is stitched together from several different snapshots the machine sent back to Earth, gives NASA engineers a clear look at InSight’s surroundings and also lets them see the condition of the hardware that will spend the next several months listening closely to the inner workings of Mars.

As you can see from the image, InSight’s arm isn’t actually visible in the final “selfie.” That’s because NASA pieces together multiple angle shot at different times to create the final product. This particular selfie is actually 52 individual photos that were carefully overlapped.

“The near-absence of rocks, hills and holes means it’ll be extremely safe for our instruments,” InSight Principal Investigator Bruce Banerdt said in a statement. “This might seem like a pretty plain piece of ground if it weren’t on Mars, but we’re glad to see that.”

That’s because InSight will rely on sensors that its robotic arm will gently place on the Martian soil. Those sensors will detect vibrations deep inside the planet and hopefully paint a clearer picture of the Red Planet’s guts. Setting those sensitive tools down on uneven rocks would be pointless, so it looks like NASA hit a home run with the selected landing site.

InSight has a planned mission duration of two years, so we’ll be seeing plenty more of the plucky robot in the coming months. It will still be some time before the lander deploys its sensors, but it’s exciting to imagine what findings it might provide.