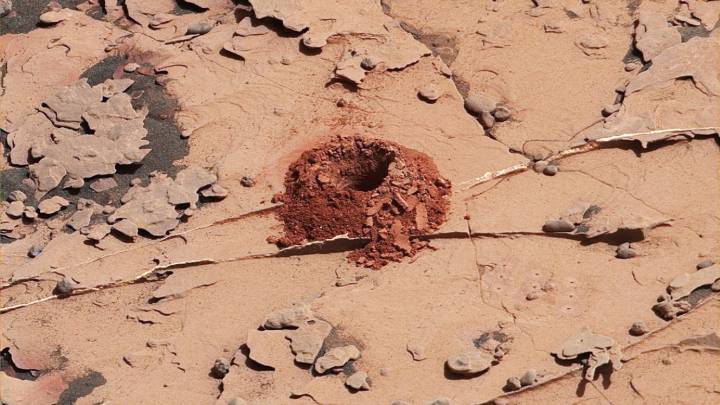 When you’re doing some home improvements and a tool breaks it can be a pretty frustrating experience. I mean you have to go all the way to the hardware store for a replacement, and have you seen the parking situation at Home Depot? Forget it, that door hinge can stay broken, I’m going to watch some TV.

Now, imagine that happening with a drill you’re controlling from 60 million miles away.

That’s exactly what happened to NASA’s Mars Curiosity rover, which saw a critical failure to its drilling tool a few months back. Curiosity’s handlers had to come up with a plan to get the drill back online, so they invented a totally new way for the rover to use its drill on Martian rocks, and against all odds it actually seems to be working.

NASA performed a number of tests to determine if it was feasible to drill this way, initially just poking at hard surfaces with the extended drill bit to see if the rover could adequately hold it in place. After those tests returned positive results, NASA decided to move forward with the plan, and just reported the successful drilling of a large Martian rock nicknamed “Duluth.” The drill pierced two inches into the rock, allowing the rover to resume its task of seeing what’s hiding inside the stones that litter the planet’s surface.

“We’ve been developing this new drilling technique for over a year, but our job isn’t done once a sample has been collected on Mars,” Tom Green of NASA’s Jet Propulsion Laboratory said in a statement. “With each new test, we closely examine the data to look for improvements we can make and then head back to our test bed to iterate on the process.”