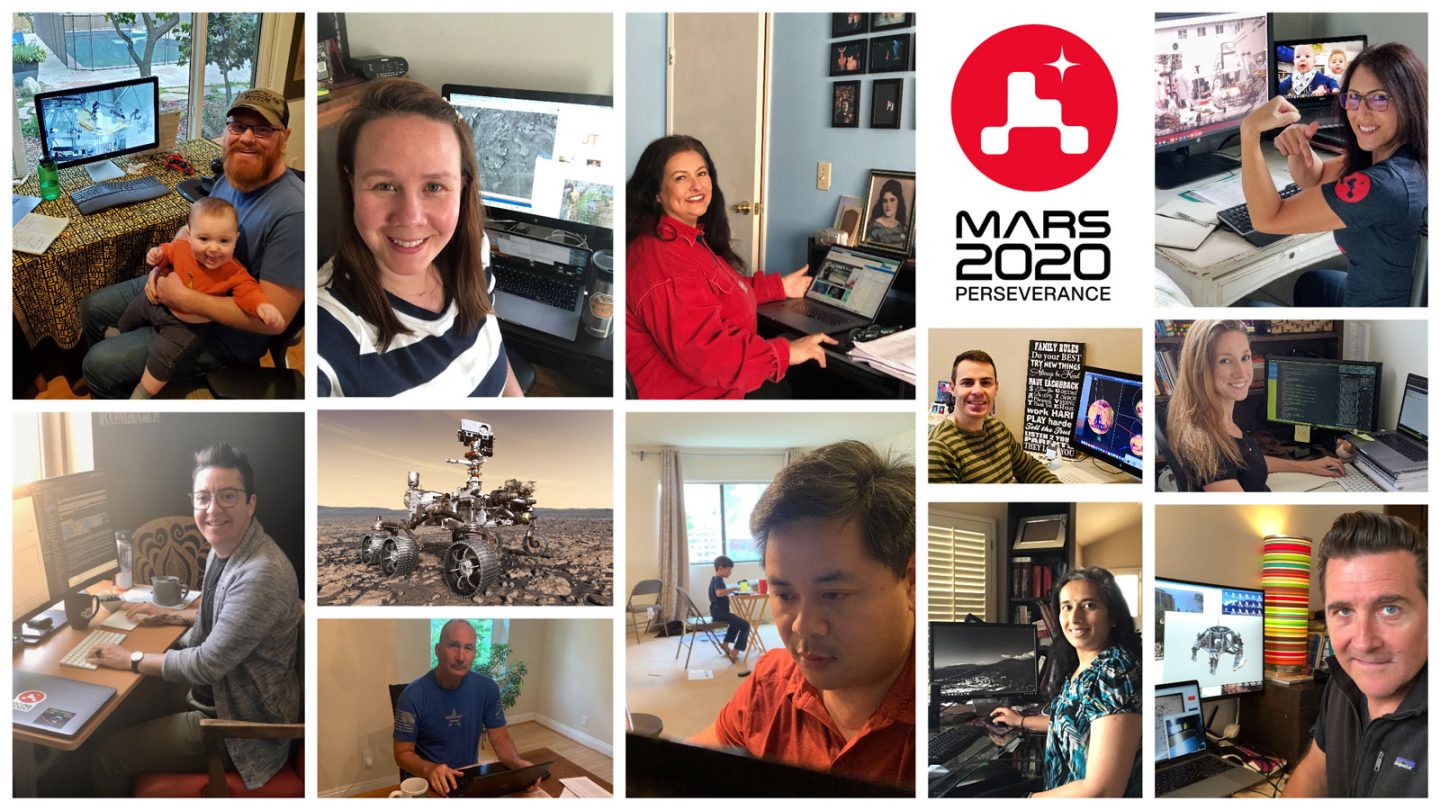 When the novel coronavirus pandemic began impacting businesses and organizations in the United States, the scientific community couldn’t help but wonder how long it would take for NASA to be affected and how dramatic the impact might be. Once one NASA employee came down with COVID-19, NASA began to roll out its work-from-home orders and eventually ordered all staff to work from home unless they were considered “mission-critical.”

In a new blog post on NASA’s Jet Propulsion Laboratory blog, we get a glimpse at the people behind the Mars 2020 mission in their “new” workspaces. As the agency explains, the missions tight timeline means that there’s no opportunity for downtime, and working from home really is work for the bright minds that NASA assembled.

If it were any other mission, NASA might have the option to approach things differently, but trips to Mars don’t wait for anyone, virus or not.

“The mission has not paused because Mars won’t, either,” the agency explains in a new blog post. “Owing to planetary alignment, the only time to launch a large payload to Earth’s second closest planetary neighbor occurs just three weeks out of every 26 months. If Perseverance doesn’t make it off the launch pad before the end of this launch opportunity, the project will have to wait until September 2022 to try again. Perseverance is the only NASA mission in the next several months with such an orbital constraint.”

NASA absolutely doesn’t want to wait until 2022, especially when the Perseverance rover is so close to being ready to fly. Letting it all sit idle for over two years for another launch opportunity is simply not an option, and that means furious work is being done in the home offices of NASA staff members.

“NASA has determined that Perseverance is the science program that has the agency’s highest priority and the project has responded superbly to this challenge,” Michael Watkins, director of JPL, said in a statement “When we realized the pandemic would affect Lab access, we were quick to define their chief objective as being workplace safety for team members and their families, and then built a plan around that providing the clearest path to the launch pad.”

With roughly 90% of the team now in full work-from-home mode, JPL still has a healthy number of staff members on-site at Kennedy Space Center. Some 80 “mission-critical team members” are putting the spacecraft through its final paces in preparation for the launch. The window for the Mars 2020 mission launch opens on July 17th and lasts until August 5th, so the clock is definitely ticking.