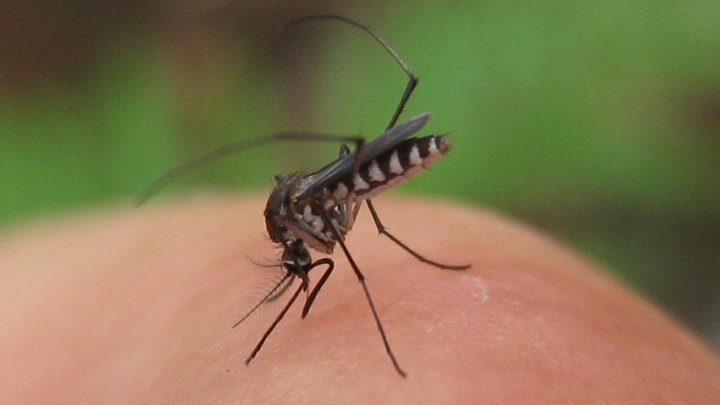 Malaria is an incredibly devastating disease that regularly infects hundreds of millions of people every year, causing hundreds of thousands of deaths. In tropical areas, the disease runs rampant as infected mosquitoes spread the parasite from person to person.

The most common preventative measures to curb the spread are mosquito nets and pesticides to keep the insects away from human hosts, but a new study suggests there may be a better way, and it involves treating the actual mosquitoes that are spreading the disease in the first place.

The research, which was published in Nature Communications, focused on finding a way to prevent humans from infecting mosquitoes. That might sound backwards, but it’s actually a pretty smart approach once you understand how malaria parasites spread.

You see, when a person is infected with malaria and then successfully treated, their symptoms disappear but the parasites are actually still in the person’s body. That dormant form of the parasite lies in wait for a mosquito to bite the person once more. When that happens, the parasites enter the mosquito’s body and begin reproducing, and when the mosquito bites another person the disease begins wreaking havoc once again.

A team of scientists led by Jake Baum of Imperial College London tested tens of thousands of compounds to see how they affected the malaria parasites’ ability to reproduce inside mosquitoes and subsequently infect humans. From a pool of over 70,000 compounds, six potential candidates were discovered.

“What we propose is antimalarial drugs that protect mosquitoes, blocking the parasites from continuing their infectious journey,” Baum said in a statement. “By combining such a drug with a conventional antimalarial, we not only cure the individual person, but protect the community as well.”

“At the level of the individual person, fighting malaria is a constant battle as parasites become resistant to antimalarial drugs. Since transmission occurs in the mosquito, drugs targeting this process have the added benefit of being naturally much more resistance-proof, which could be essential for eliminating malaria.”

The team simulated what the inside of a mosquito’s body is like in order to test the reaction of the malaria parasites to the various compounds. The preparation was tedious and it took “several years” to set up the system to test the compounds. Once that was completed, the researchers were able to screen over 10,000 different compounds per week, which is quite impressive.

The compounds the team identified will need further testing, but they are thought to be both safe for humans and active against the parasite’s typical life cycle. If a previously infected person were treated with a drug based on one of these compounds, and then bitten by a mosquito, it could actually treat the insect and prevent it from spreading the disease in the future. Could we be watching the fight against malaria finally being won? We might not have to wait long to find out.