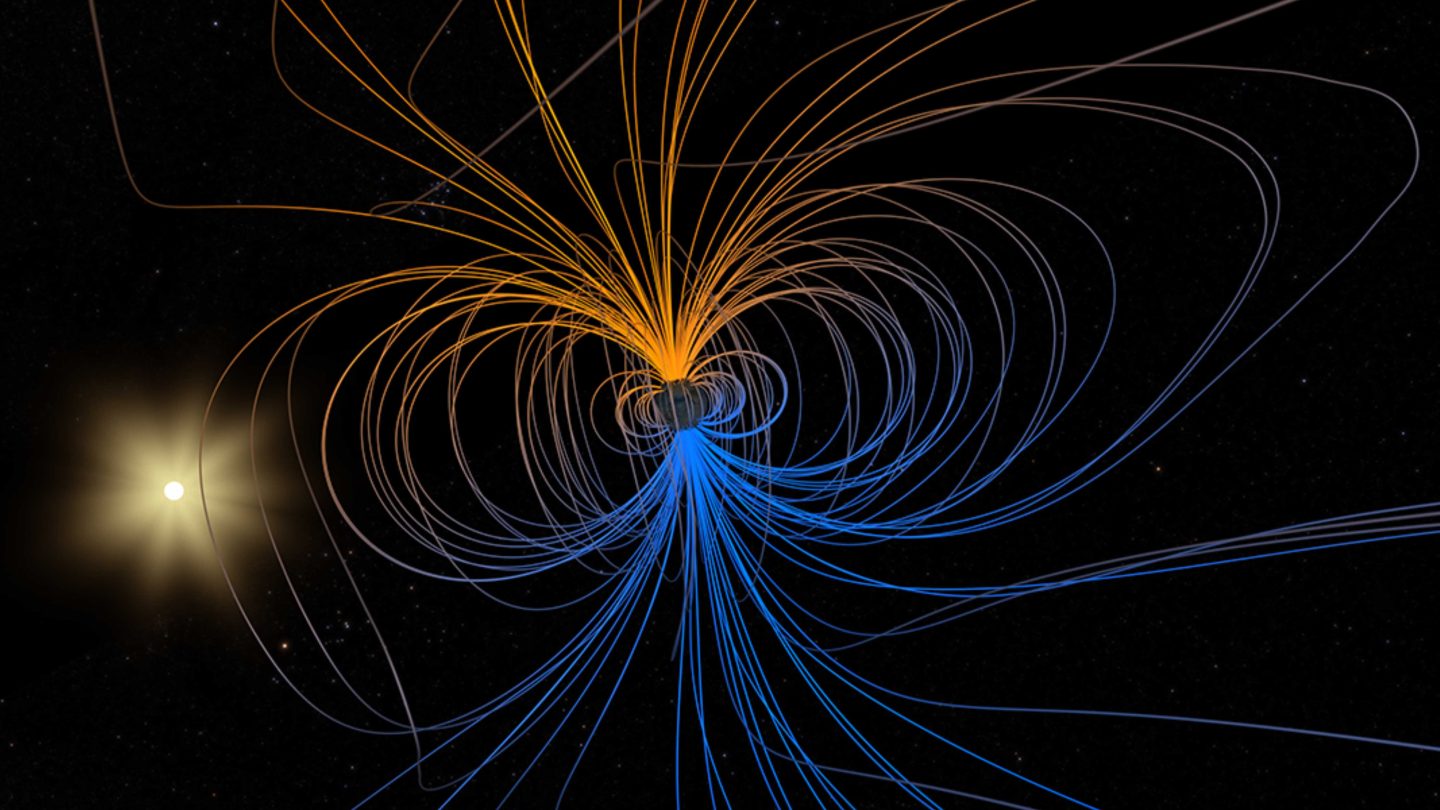 There are many reasons why life is able to exist on Earth. We’re the right distance from the Sun, our planet has an abundance of liquid water (but not too much to cover all of the land), and our atmosphere is nice and thick, protecting us from radiation and hazards in space. Earth’s magnetic field is very important as well, as it protects our atmosphere from charged particles flying through space that would otherwise slowly tear it away.

Now, scientists have observed changes in what they are calling a “dent” in Earth’s magnetic field, and the so-called South Atlantic Anomaly is splitting. In the short term, this phenomenon could create a headache for satellite operators, as protection for their spacecraft over this region would be lessened. In the long term? We really don’t know what it means.

Scientists have known about this strange feature of Earth’s magnetic field for some time, but over the past decade, it’s been gradually changing. Researchers believe that the dent is now splitting into two halves, which is leaving scientists wondering exactly what is happening.

As the core motion changes over time, due to complex geodynamic conditions within the core and at the boundary with the solid mantle up above, the magnetic field fluctuates in space and time too. These dynamical processes in the core ripple outward to the magnetic field surrounding the planet, generating the SAA and other features in the near-Earth environment – including the tilt and drift of the magnetic poles, which are moving over time.

“The observed SAA can be also interpreted as a consequence of weakening dominance of the dipole field in the region,” Weijia Kuang of NASA Goddard’s Geodesy and Geophysics Laboratory said in a statement. “More specifically, a localized field with reversed polarity grows strongly in the SAA region, thus making the field intensity very weak, weaker than that of the surrounding regions.”

At the moment, scientists don’t believe the strange dent in the magnetic field will pose a threat to our planet’s ability to support life. It would take a much more dramatic change in Earth’s magnetosphere to trigger an event that would threaten our existence. In the meantime, scientists will continue to study the anomaly and attempt to learn more about how the forces within our planet are affecting its magnetic field.