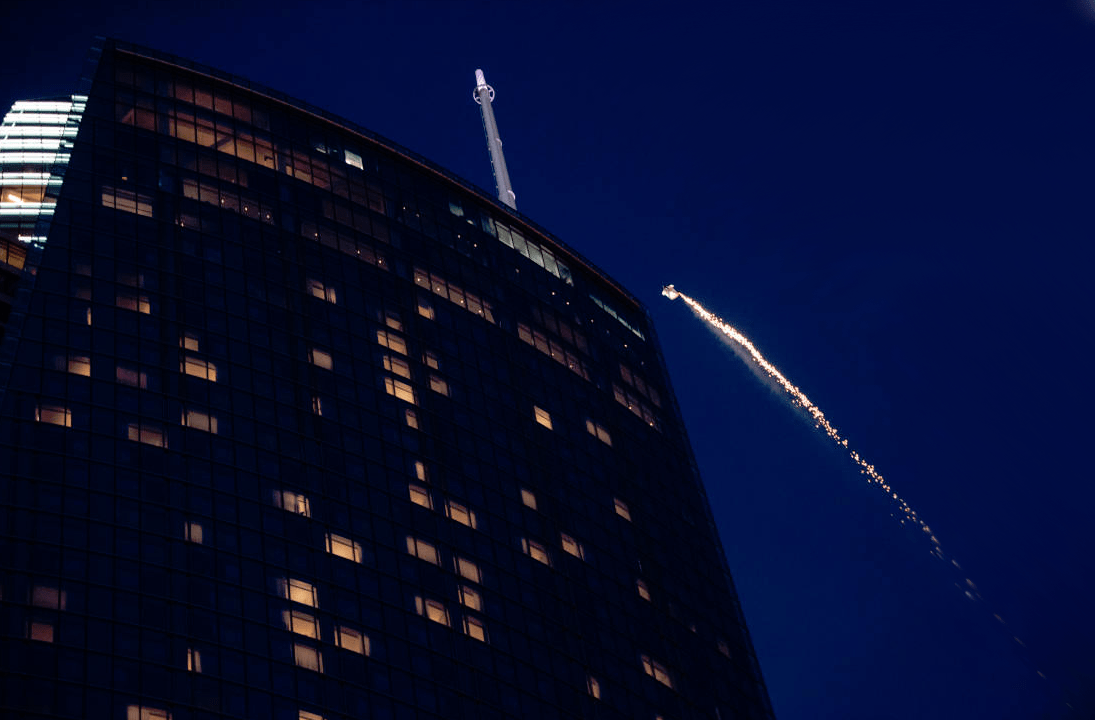 A meteor streaking across the skies of Los Angeles is something we’ve all seen at least once in a big-budget Hollywood flick, but L.A. residents saw it for real last night… or at least they thought they did.

On Wednesday evening a massive fireball flew across the L.A. skyline and was caught on camera by hundreds of people. Social media began bustling with discussions about what it could be, if it was actually a space rock or a chunk of satellite debris, and whether it had done any damage. As it turns out, it wasn’t a space rock at all, but a marketing stunt.

What is this flying item on fire above downtown Los Angeles? pic.twitter.com/3tUu0jKL8L

We’ll have to assume that emergency lines began flooding with calls because not long after the sighting the LAPD issued a statement explaining that no meteor had fallen.

“PSA: A meteor did not crash into Downtown Los Angeles, and no, it’s not an alien invasion… just a film shoot,” the LAPD Twitter account explained. “This is Tinseltown after all.”

While it’s true that it wasn’t a meteor, the flaming object also wasn’t part of a film shoot, or at least not a Hollywood-style affair. The flaming object was actually a pair of wingsuit jumpers hired by Red Bull to celebrate the last supermoon of 2019, which occurred last night.

As Red Bull explained in a statement, the jumpers were equipped with “LED lights and sparkling pyrotechnics that lit up the night sky as the sun set and the supermoon rose.” The jumpers were moving over 120 miles per hour in the air above downtown L.A., so it’s easy to see why onlookers believed they were seeing an actual meteor strike from a distance.

You can be sure you’ll see footage from the jump in some Red Bull ad in the near future, but for now we can all rest easy knowing that L.A. didn’t get wiped off the map by a meteor strike.