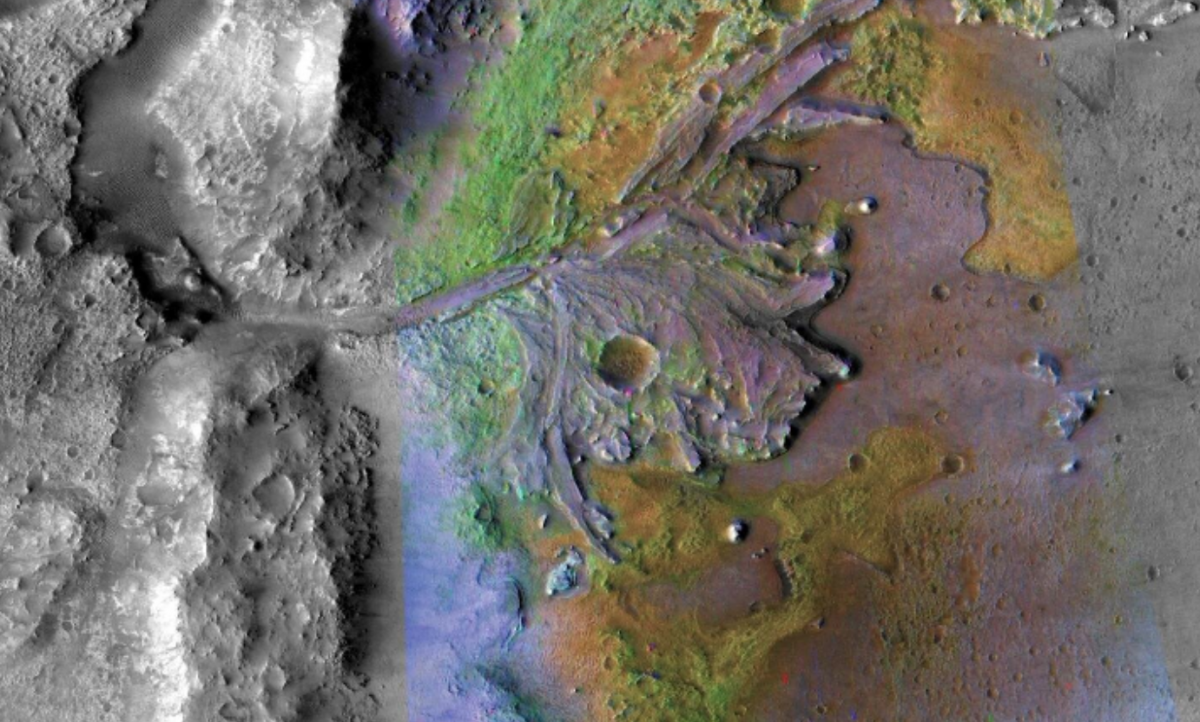 NASA’s Mars 2020 mission launch date is rapidly approaching, and we’ve seen all the signs that the Perseverance rover is just about ready to make the long journey to the Red Planet. What will it find when it arrives? That’s a question nobody can answer, but new research by scientists at Stanford suggests that the rover’s targeted landing site may be a great place to look for signs of life.

NASA chose the rover’s landing location — a large bowl-shaped depression known as the Jezero crater — because it’s located in an area where ancient martian rivers flowed, carving channels and depositing sediment into layers. This is ideal for scientists hunting for signatures of life as it offers the opportunity to study material that was on the surface over a long period of time.

Stanford scientists used aerial images of the Jezero crater and the surrounding area to build a model of how the area developed. They found that the sediments deposited near the dried-up river delta have a high probability of preserving signs of ancient life, if it did indeed exist.

“There probably was water for a significant duration on Mars and that environment was most certainly habitable, even if it may have been arid,” lead author Mathieu Lapôtre said in a statement. “We showed that sediments were deposited rapidly and that if there were organics, they would have been buried rapidly, which means that they would likely have been preserved and protected.”

That’s incredibly important, as exposure on the surface could have easily destroyed evidence of life before it had a chance to be covered in layers of sediment and preserved. The sediment layers are believed to have formed rapidly, but only when specific conditions were present on the surface. The active formation of the river delta may have only taken 20 to 40 years, but “that formation was likely discontinuous and spread out across about 400,000 years,” according to the scientists.

The Mars 2020 mission is slated to launch in late July or early August of this year. The timeline is tight, and NASA can’t afford to miss the launch window. If for some reason the launch is delayed beyond the early August limit, the entire mission would have to be pushed back to 2022 at the earliest due to the nature of the orbits of Mars and Earth.