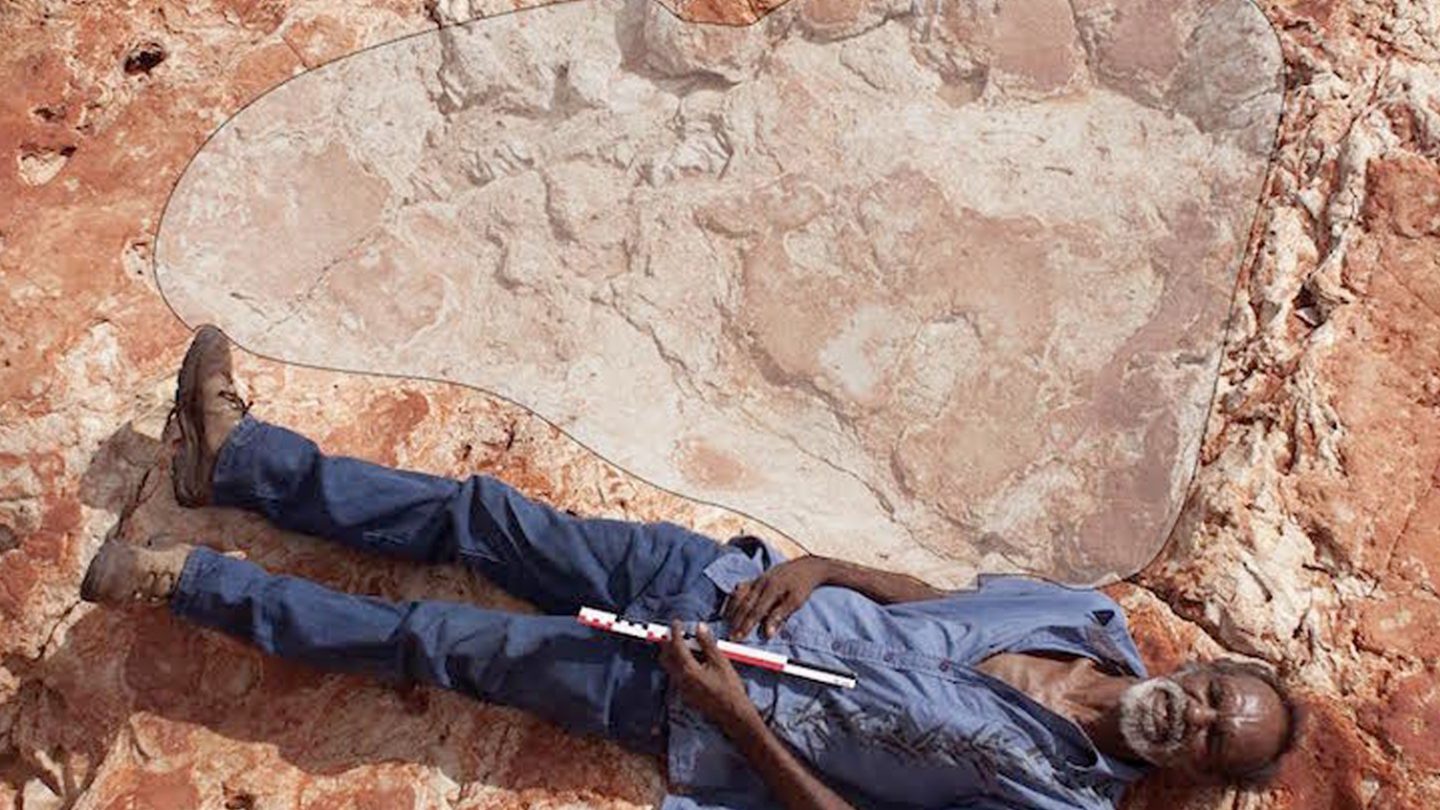 Dinosaur discovery news doesn’t find its way to the mainstream all that often these days, simply because it’s hard for scientists to sell each individual fossil find as unique or notable. But when researchers in Australia discovered an ancient footprint larger than anything humanity has ever seen, well, that’s a whole other matter entirely. The find, which is detailed in a newly published paper by Dr. David Salisbury, is one of many discoveries made by the research team working in an area of Australia dubbed “Jurassic Park.”

The scientists, which were comprised of paleontologists from The University of Queensland’s School of Biological Sciences, as well as the James Cook University’s School of Earth and Environmental Sciences, were able to uncover evidence of 21 different dinosaur species during their expedition. The search was conducted on Australia’s Dampier Peninsula, which has been lovingly nicknamed “Australia’s Jurassic Park” thanks to its abundance of dinosaur remains. The tracks are believed to be between 127 million and 140 million years old.

As for the record-breaking footprint, the team measured it at a whopping 1.75 meters in length, which is about five feet, nine inches long. It’s definitely an intimidating sight, but with a foot of that size it’s extremely unlikely that the creature that created it would have had little interest in eating anything but plants. The scientists believe the print was made by some kind of long-necked sauropod, meaning that it could have easily crushed a human in a single stomp, but wouldn’t have actually had an appetite to munch on the remains.