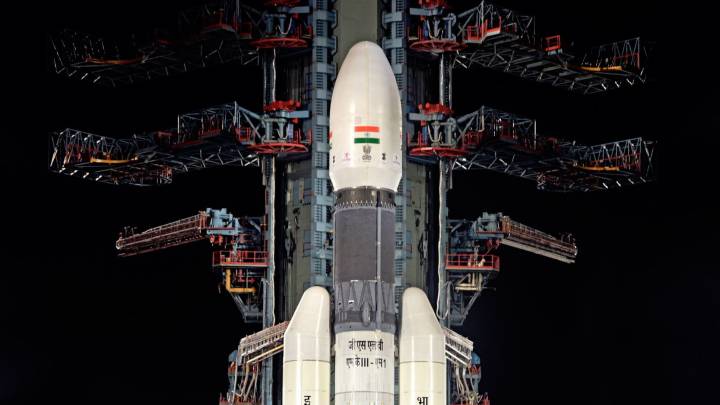 India is now poised to become the fourth country on Earth to pull off a soft Moon landing. The Indian Space Research Organization (ISRO) launched the Chandrayaan-2 mission in late July — after a “technical snag” delayed the launch by about a week — and it just hit another major milestone on its way to achieving the ultimate goal.

The Chandrayaan-2 spacecraft successfully entered lunar orbit just hours ago, completing a delicate maneuver that allowed it to transition from an Earth-centric orbit to a new path that orbits Earth’s tiny neighbor instead. This will allow the ISRO team to begin planning for an eventual landing near the Moon’s south pole.

It’s an exciting time for the scientists involved in the mission, but there’s still plenty of work left to do. The spacecraft now has to gradually alter its orbit so that landing near the South Pole is possible, eventually coming within about 100 km of the lunar surface.

Once the lander is ready to make history, the spacecraft will be directed to “perform a series of complex braking maneuvers,” according to ISRO. These maneuvers will bring it to a soft landing on the surface on September 7th, 2019, and if everything goes according to plan, it will make India the fourth country on Earth to accomplish such a feat.

India is in a position to become the fourth country to complete a soft lunar landing thanks in part to the failure of Israel’s Beresheet moon lander which crashed into the Moon earlier this year. The spacecraft was in the middle of its final descent when an errant “manual command” caused the spacecraft to power down. It was promptly restarted but by the time its handlers regained control, it was already moving too fast and too close to the lunar surface to save it from impact.