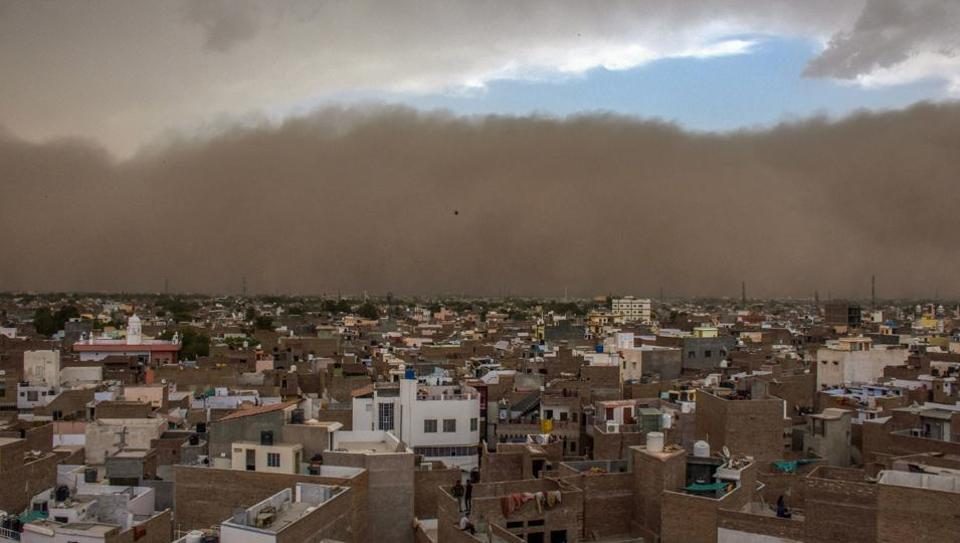 Incredibly intense dust storms rolled across highly populated regions of India on Wednesday, causing incredible damage and loss of life. The region is accustomed to dealing with dust storms that are kicked up during the summer months, but the intensity of this particular weather system seems to have caught many off-guard, with tragic results.

According to the latest reports from the BBC, the dust storms have already claimed the lives of at least 100 people, while CNN is reporting that over 110 lives have been lost. That figure is expected to continue to climb as officials survey the damage left in the storms’ wake.

The dust storms battered some of India’s most populous areas, including the Agra district of Uttar Pradesh, where the world-famous Taj Mahal is located. The storms carried strong winds and deadly lightning, both of which are being blamed for many of the casualties. Photos of the damage show brick buildings laying in pieces and homes with caved-in roofs.

At least 70 people are killed, over 125 injured in deadly dust storm, high-intensity squall and thundershowers in Northern and Westers parts of India. 45 believed dead, 38 injured in Uttar Pradesh, at least 25 dead, over 100 injured in Rajasthan pic.twitter.com/XzWx1q9Mzv

Officials believe that many of the victims died in their sleep, as their homes collapsed under the force of the wind, lighting, and debris. The storms knocked over electricity poles, trees, and structures. As many 300 power poles are thought to have been knocked over, cutting off electricity to huge communities.

“Saddened by the loss of lives due to dust storms in various parts of India,” India’s Prime Minister Narendra Modi said in a statement. “Condolences to the bereaved families. May the injured recover soon. Have asked officials to coordinate with the respective state governments and work towards assisting those who have been affected.”

Local governments are attempting to aid in the cleanup and recovery efforts, while also compensating families for lost loved ones. Unfortunately, forecasters are warning that more storms are on the way, and similar weather fronts are expected to roll across an even wider area of the country this coming weekend.