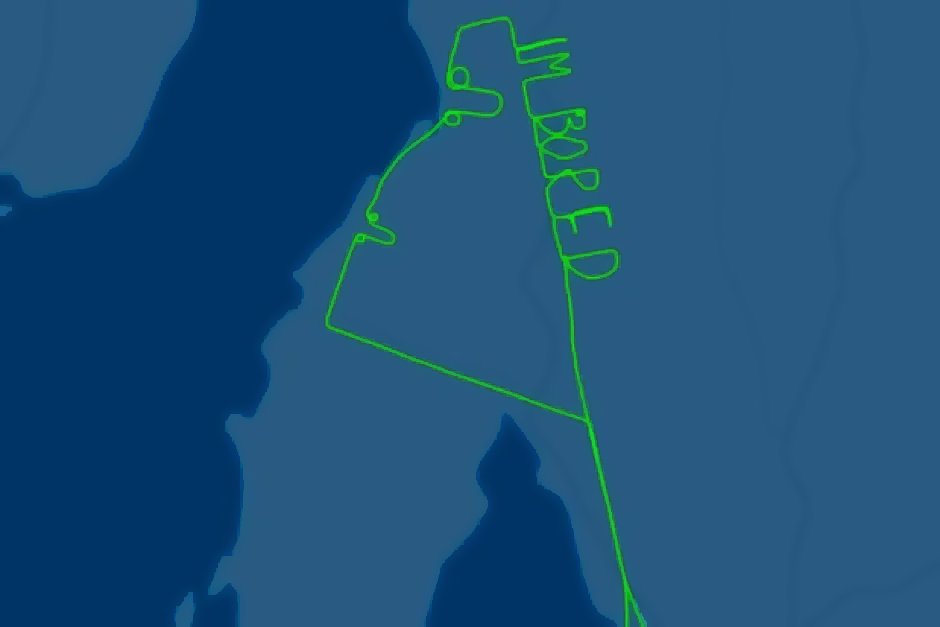 Taking a flight is often exciting, or even scary, for those of us who only rarely take to the skies, but pilots spend a huge portion of their lives in the air and, well, sometimes they get bored. That appears to be what happened in South Australia on Tuesday when he spent some time drawing a message and a couple of crude images as he sped around in a training aircraft.

The pilot, who works for Flight Training Adelaide according to Australia’s ABC News, was putting a new engine through its paces and had to spend some serious time in the air. Rather than a random pattern or boring old loops, the man flew a path that spelled out “I’M BORED” on flight-tracking radar, along with a couple of shapes that vaguely resemble penises.

The seemingly random drawings weren’t visible from the ground, and this wasn’t sky art in the traditional sense, where shapes are formed using smoke. In this case, the pattern was only visible for those keeping an eye on radar flight tracking programs which follow the paths of flights and digitally draw the route.

This is hardly the first time a pilot has done such a thing. Drawing shapes and writing words using flight paths is fairly common, and even Boeing’s debut of its 787 Dreamliner featured a massive self-portrait over the United States. It’s all in good fun, and everyone seems to be taking this particular incident in stride.

Speaking with ABC, Peter Gibson of the Civil Aviation Safety Authority called the practice “uncommon but not unheard of,” adding that “all pilots plan a track for their aircraft to get between where they’re going from and to — now what that track looks like once it shows up on radar of course is another thing entirely.”

Hopefully his impromptu art made the pilot’s boring day a bit more interesting.