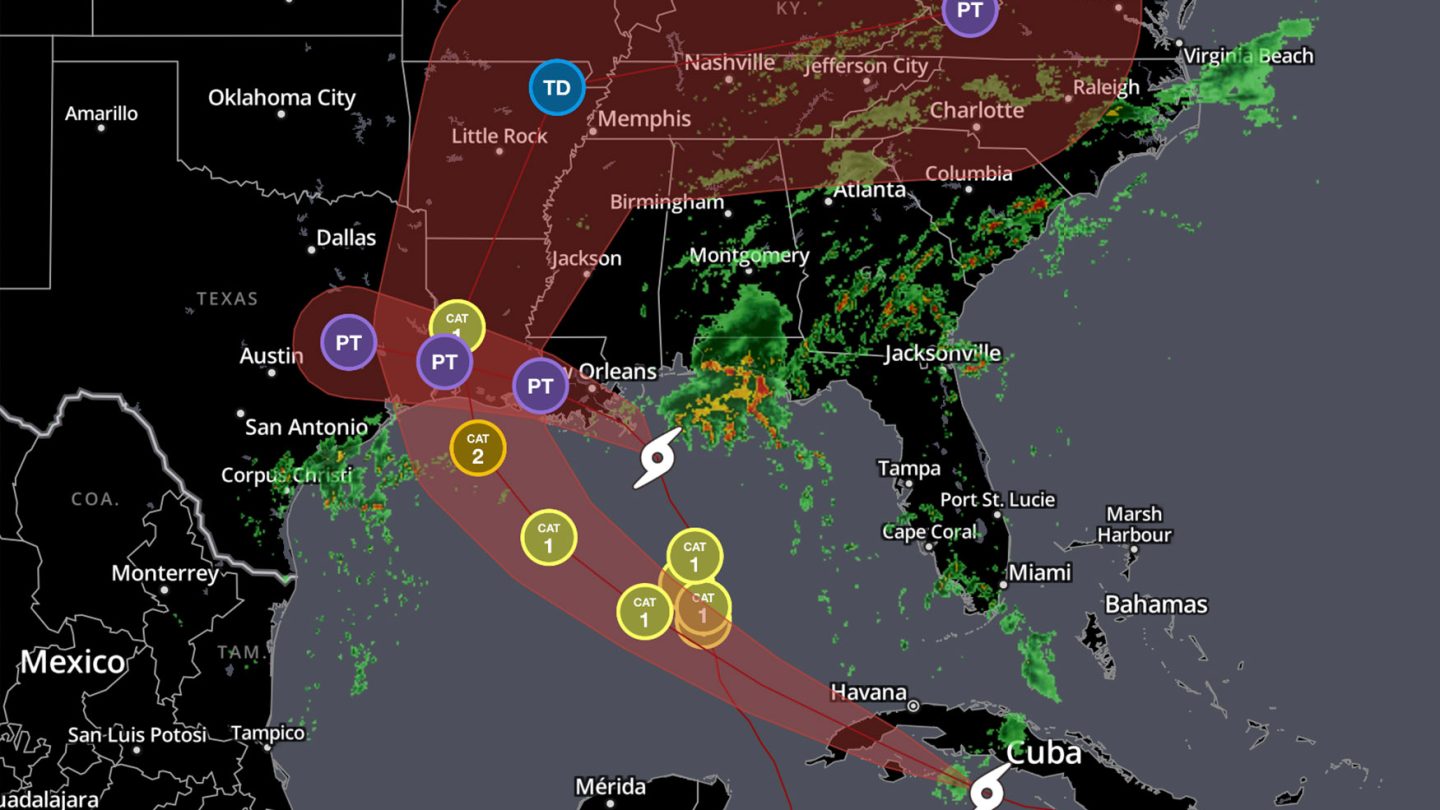 We already knew that hurricane season would be rough this year, and the recent development of a pair of storms headed for the United States is proving those predictions to be true. In fact, it’s a scary scenario for states near the Gulf of Mexico, and the two storm systems could potentially wreak havoc on many areas of the coast.

At the moment, Tropical Storm Laura is aimed directly at the United States and is expected to make landfall later this week. Many predictive models suggest it will grow in strength and become a hurricane by the time it arrives. It’s likely to hit Louisana and parts of Texas, based on various forecasts. Unfortunately, that’s not all.

Tropical Storm Marco (formerly Hurricane Marco), which is rapidly losing steam as it approaches Louisana, is expected to weaken significantly by the time it engulfs the coast. That’s a small bit of good news, but the storm surge could still cause some serious problems for coastal communities.

Louisiana won’t have much time to brace itself for a second impact after Marco fizzles out over the next couple of days because Laura is looming right behind it. Forecasts suggest that Laura will be powerful enough to be rated a category 2 hurricane by the time it crosses the Gulf and strikes the state. That could happen as early as late Wednesday, at which point the remains of Marco will only just be moving out of the area.

As a category 2 hurricane, Laura could pack winds as high as 105 miles per hour. That, along with the storm surge and the fact that Louisana and possibly Eastern Texas will already be soaked from Marco, is prompting evacuations across the region. State officials are urging people to take the situation seriously.

“Laura has always been the greater threat to Louisiana,” Louisana Governor John Bel Edwards told The Weather Channel in an interview. “We don’t want people to become complacent because we caught a break with Marco.”

Based on the path of both storms, officials say that if residents aren’t directly in the line of the storms that they should still prepare to have roughly a week’s worth of supplies on hand. The best advice, of course, is to evacuate if you’re in the projected path of the storm and can safely do so. Attempting to ride out a dangerous storm is often a recipe for disaster, so putting yourself in that position isn’t a good idea.