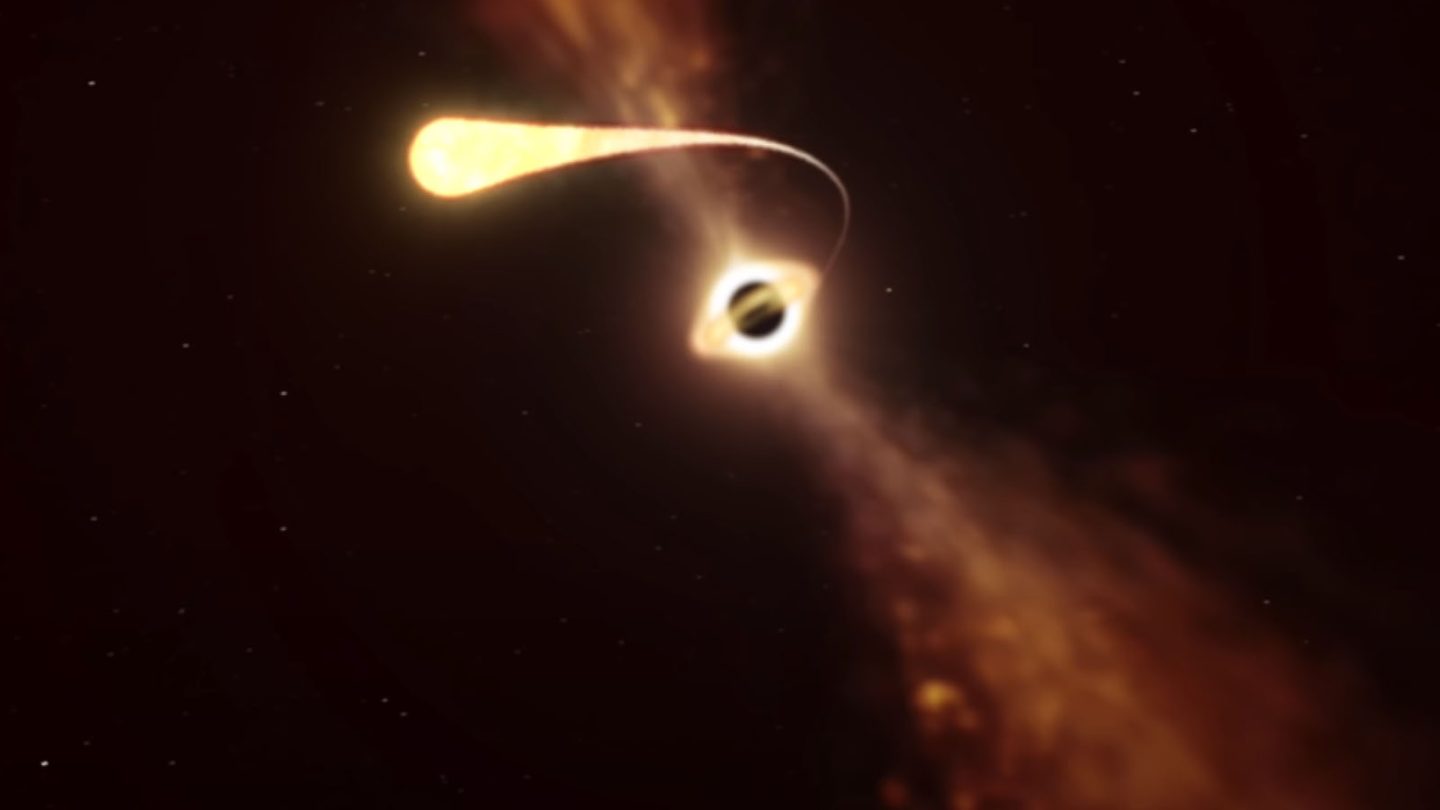 Black holes are not hunters. Instead, it’s better to think of them as gatherers, lying in wait for a nearby star to loom too close. When that happens, the black hole’s gravitational pull latches on, pulling the star toward it, sometimes ripping it into a donut-shaped cloud as it siphons energy from the star. The findings were detailed at the American Astronomical Society’s 241st meeting.

A new video shared on the NASA Goddard YouTube channel showcases how the black hole might shred the star remains into a circling cloud. The findings of this tidal disruption event were captured in the galaxy ESO 583-G004 during an event that NASA titled AT2022dsd. The event allowed scientists to use ultraviolet sensors to study the donut-shaped remains of the star.

Astronomers say that these kinds of events are hard to observe, as you usually tend to only get a few observations at the start of the disruption when it is bright. However, with this program, the team could look at the events over the course of a year to see what happened. As such, the team was able to observe the black hole ripping the star’s remains into a donut-shaped ring around it.

This cloud, which now surrounds the black hole, is roughly the size of the solar system, and is the donut-shaped remains of a star that continues to feed into the black hole at the center. By being able to observe these kinds of events, we’re able to learn more about our universe and the various celestial objects that it contains.

These observations, combined with images of the Milky Way’s black hole, can help us learn more about these terrible yet beautiful cosmic entities.