By Joshua Hawkins
Updated 6 days ago 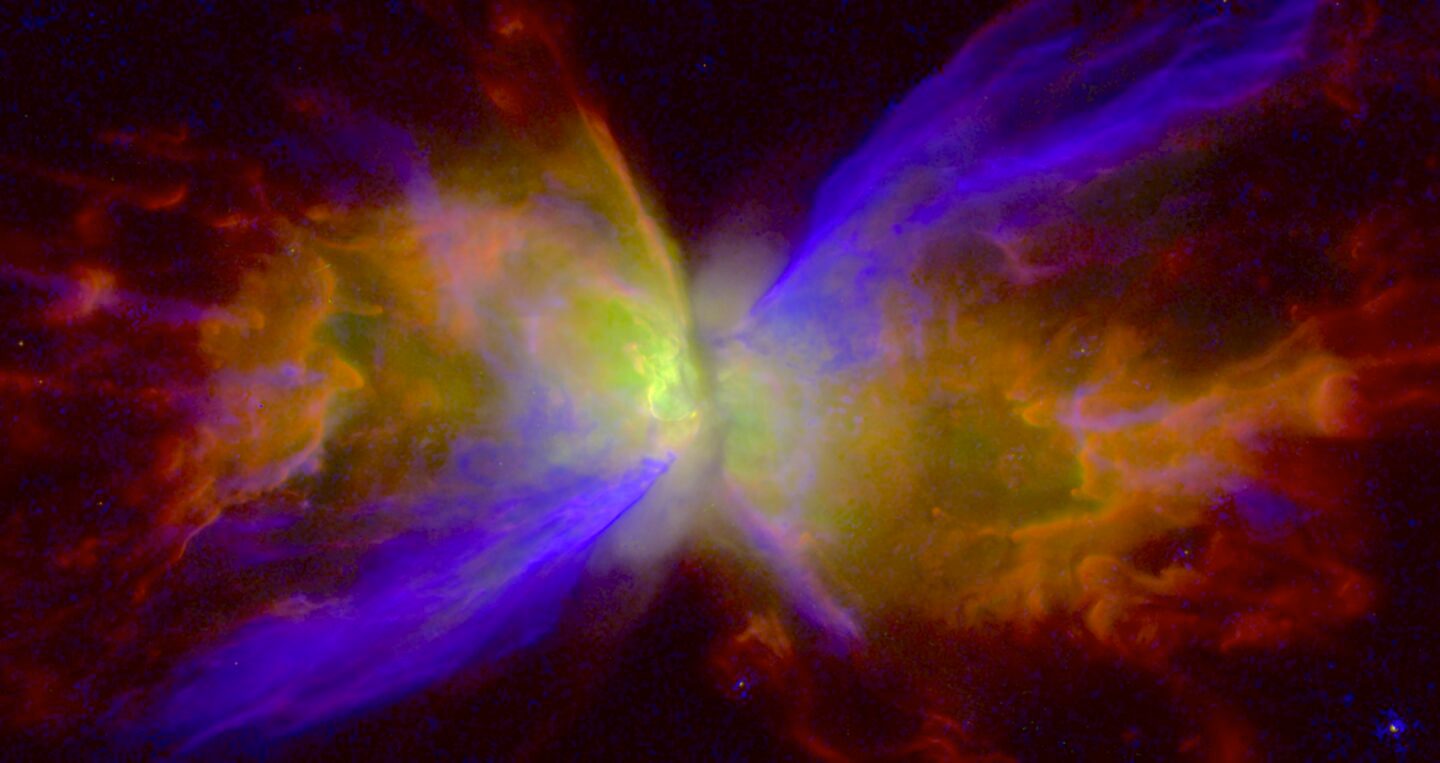 The sun will die, eventually. Like any star, the one at the center of our solar system is not meant to live forever. Eventually, it will use up all of the nuclear fuel in its core and explode, becoming a shell of what it once was. Now, Hubble’s various images of the Butterfly Nebula have given us a glimpse of what it could look like after our star finally says goodbye.

Many scientists expect the sun to die in around 10 billion years or so, give or take a few million years. Of course, this is just a prediction, and by that time, society as a whole is liable to look a lot different than it does now. The Butterfly Nebula, at least, shows that the death will be spectacular, most likely stretching thousands of light-years into space.

Officially named NGC 6302, the Butterfly Nebula earned its nickname thanks to the butterfly-like design that its gas clouds create when observing it in space. These wings, which spread outward from a mall collapsed white dwarf, are all that remains of the old star. The gas of the wings that we see in the Butterfly Nebula images is the result of the material from the star being expelled outward thousands of years ago.

The nebula is a beautiful sight, though one that you can’t help but see in our future in some way. That’s because our star, the Sun, is expected to end in a similar fate as the Butterfly Nebula at some point down the line. When that happens, many believe that the Sun’s explosion will destroy Earth and several other planets – completely changing how our solar system looks in the process.

By looking at the changes within the Butterfly Nebula images, we can at least get an idea of what happens after a star dies and learn more about how the star expels its old material outward. It’s a great moment for learning and one that scientists are rushing to take advantage of whenever they get the chance.

Don't Miss: Hubble spotted a black hole snacking on the donut-shaped remains of a star