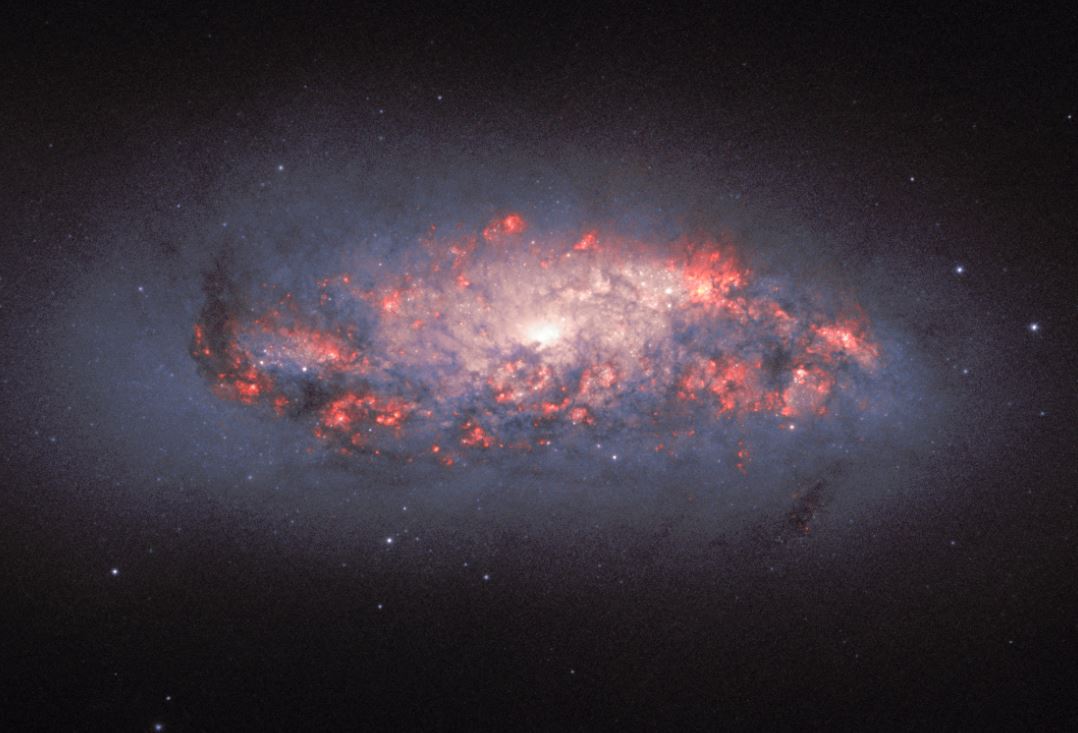 Spring may already be in our rear-view mirror but NASA’s Hubble Space Telescope is still in the mood for things that bloom. In a new post, NASA showcases a recent snapshot of a galaxy called NGC 972 which was captured by the powerful telescope.

The galaxy is in the midst of a growth spurt, with new stars heating up clouds of hydrogen gas and creating a warm glow. The galaxy was first spotted way back in 1784 when astronomer William Herschel is credited with its discovery, but he couldn’t possibly have dreamed of getting a view as good as this one.

NGC 972 is a spiral galaxy, similar to our own Milky Way, but it looks quite a bit different thanks to its blooming stars. NASA offers an explanation for its pleasing orange hue:

The orange-pink glow is created as hydrogen gas reacts to the intense light streaming outwards from nearby newborn stars; these bright patches can be seen here amid dark, tangled streams of cosmic dust.

By observing various galaxies in different stages of their evolution, scientists can learn more about what might lie ahead for the Milky Way as well as our own solar system and planet.

“Astronomers look for these telltale signs of star formation when they study galaxies throughout the cosmos, as star formation rates, locations, and histories offer critical clues about how these colossal collections of gas and dust have evolved over time,” NASA explains. “New generations of stars contribute to — and are also, in turn, influenced by — the broader forces and factors that mold galaxies throughout the universe, such as gravity, radiation, matter, and dark matter.”

The galaxy we see here might look this way to us, but due to the speed of light — and the fact that NGC 972 is a whopping 70 million light-years away from Earth — the galaxy would likely look a whole lot different from up close.