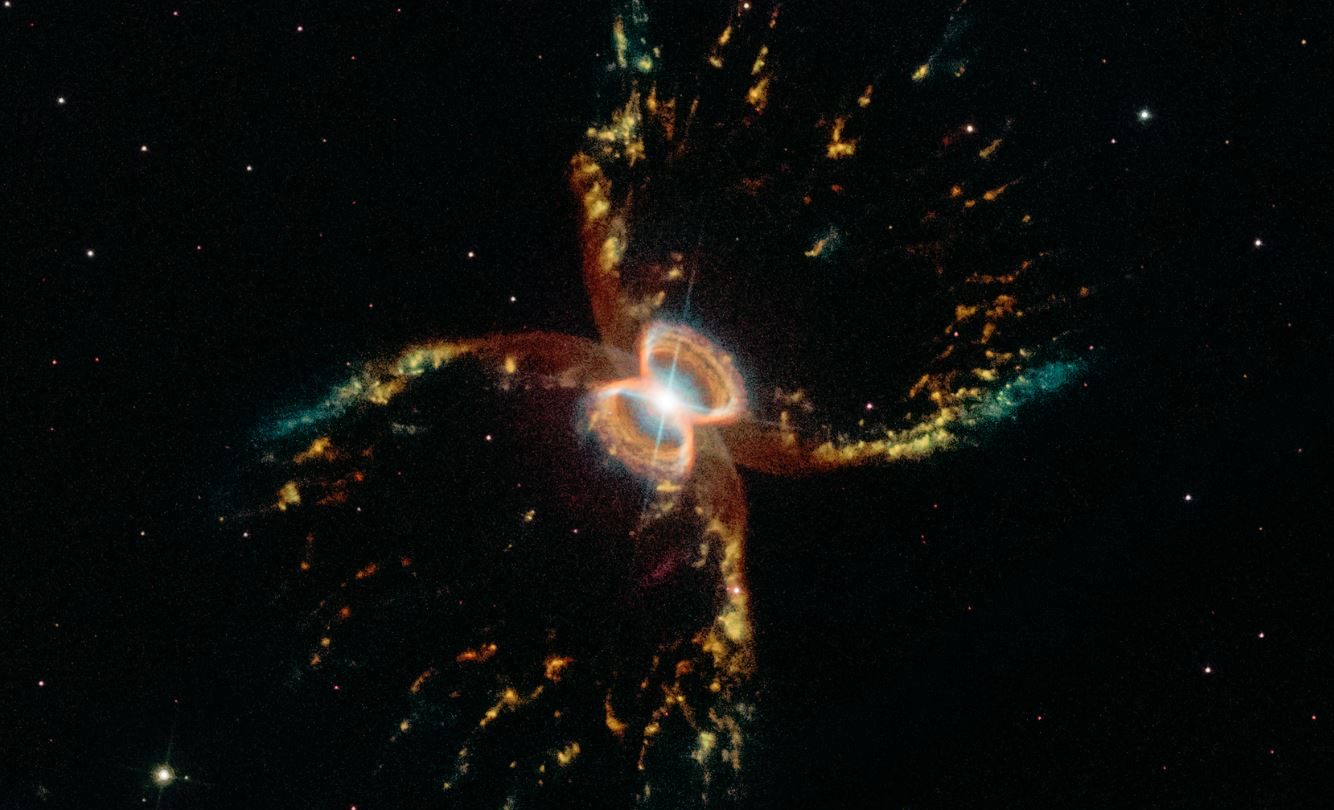 The Hubble Space Telescope has provided mankind with some of the most incredible views of space that we’ve ever seen. It’s shown us breathtaking images of distant objects and structures for nearly three decades, and to celebrate the 29th anniversary of its launch NASA took the time to show us some of the best galactic eye candy yet.

What you see above is the Southern Crab Nebula, which gets its unique appearance from a pair of stars locked in an incredibly close relationship. Material from one of the stars is regularly spewing out, being drawn in by the gravity of its companion star and filling the gap between both stellar bodies. The material is pushed out into space in a shape that vaguely resembled an hourglass.

The two stars, a red giant and a white dwarf, are putting on quite a show for us here on Earth, but at a distance of several thousand light-years away it’s possible that the incredible structure has already changed dramatically from what we can see today.

The outflow may only last a few thousand years, a tiny fraction of the lifetime of the system. This means that the outer structure may be just thousands of years old, but the inner hourglass must be a more recent outflow event. The red giant will ultimately collapse to become a white dwarf. After that, the surviving pair of white dwarfs will illuminate a shell of gas called a planetary nebula.

This is just one of many images made possible by the venerable Hubble, which launched into space exactly 29 years ago today. It was sent into orbit by the space shuttle Discovery, and after some in-space adjustments to its lens system it has been producing gorgeous images ever since.

It has been repaired, augmented, and modified several times during its long stint in space, and it’s still one of NASA best tools for observing the cosmos. The upcoming James Webb Space Telescope will provide NASA with even more power to peer into space, but it won’t replace Hubble outright and we can expect the aging telescope to continue to provide us with views of space for some time.