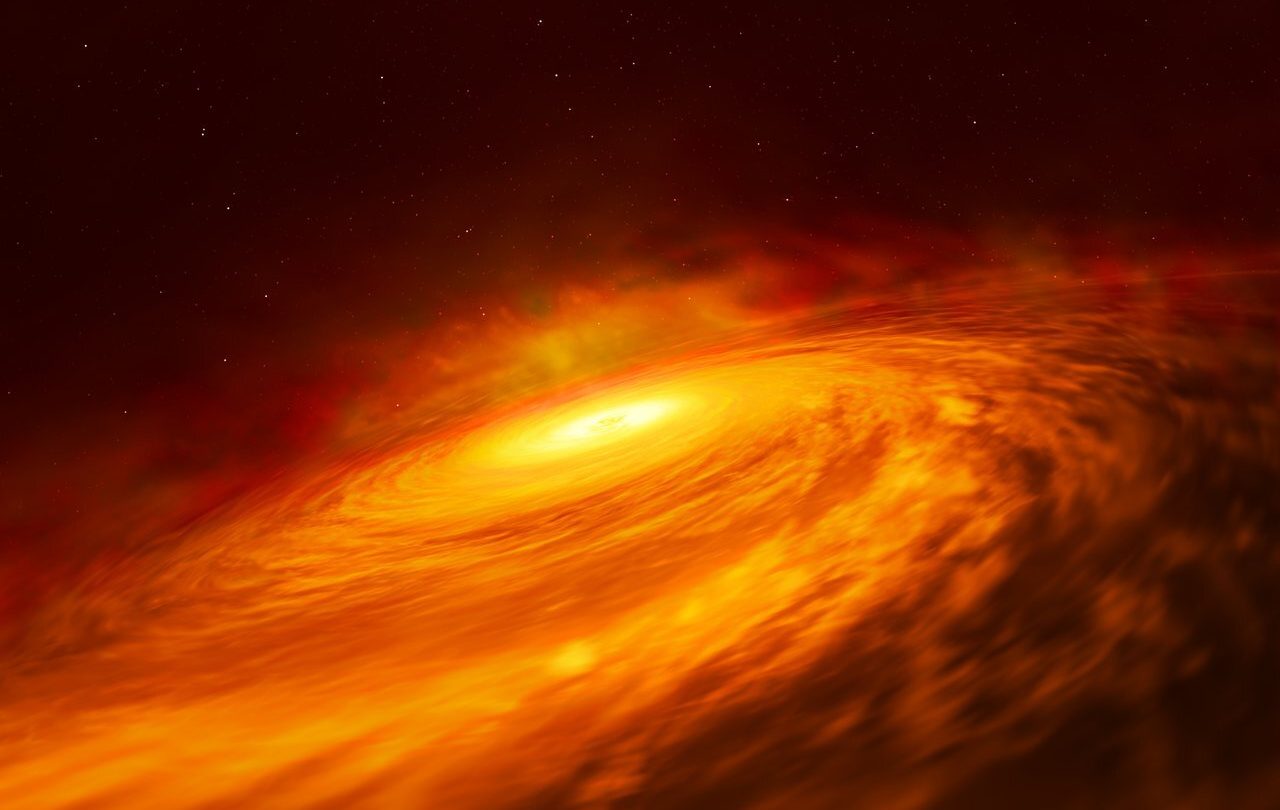 The Hubble Space Telescope, which is operated by NASA and the ESA, is fantastic for spotting objects residing in the distant reaches of space. Black holes, which are impossible to actually see, give their position away thanks to the galaxies that often surround them, but a new survey has revealed a black hole with a disc of material that, according to what we think we know about black holes, shouldn’t even be there.

The black hole sits at the heart of galaxy NGC 3147, a spiral galaxy sitting a whopping 130 million light-years from Earth. Because of the status of the galaxy, researchers would have guessed that the black hole was essentially starving, but the presence of a material disc throws that assumption into question.

NGC 3147 should be one of those galaxies, and scientists assumed its black hole was starving for matter before they spotted the material disc speeding around the center at over 10 percent the speed of light. That’s the kind of thing scientists would expect to spot circling a black hole that’s feasting on matter at the heart of a much more active galaxy.

“The type of disc we see is a scaled-down quasar that we did not expect to exist,” Stefano Bianchi, first author of a new paper on the black hole published Monthly Notices of the Royal Astronomical Society, said in a statement. “It’s the same type of disc we see in objects that are 1000 or even 100 000 times more luminous. The predictions of current models for very faint active galaxies clearly failed.”

Going forward, the team plans on setting its sights on similar galaxies to determine whether this observation is representative of a trend or just a bizarre anomaly.