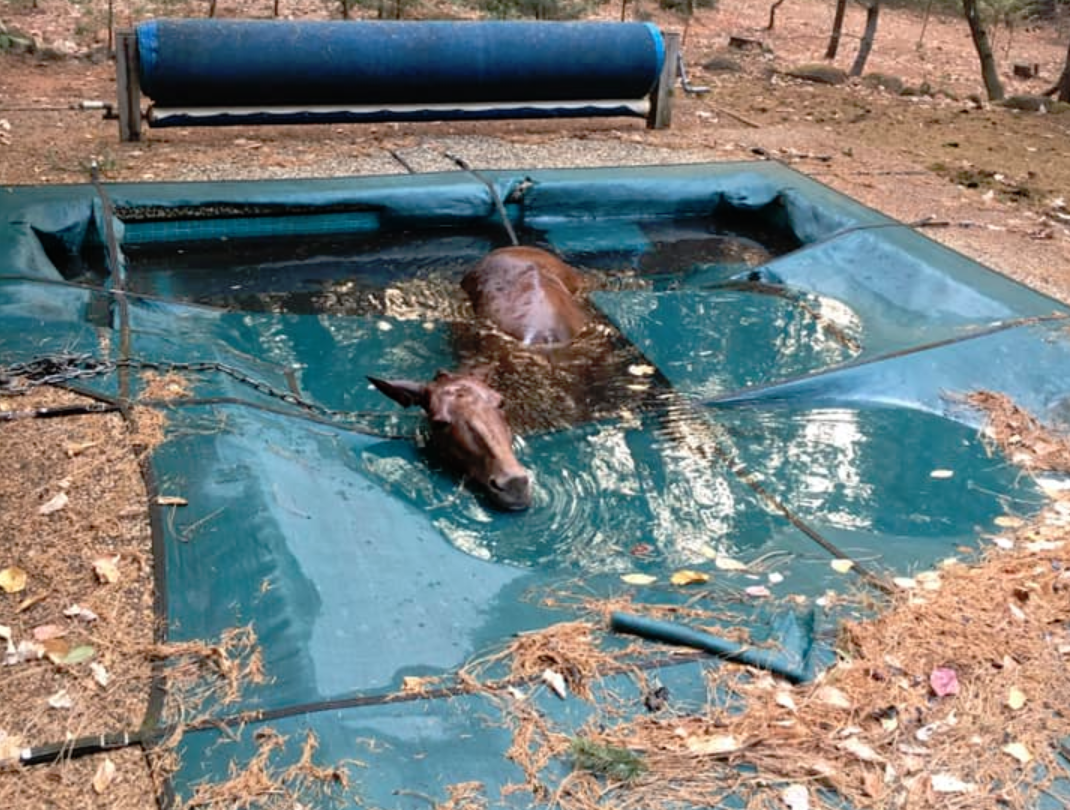 The wildfire raging in California known as the Camp Fire completely destroyed the town of Paradise, claiming businesses, homes, and lives, but at least one creature managed to save itself from the inferno, even if it was a complete accident.

Posted by Paradise resident Jeff Hill, this friendly horse was found stuck in a residential pool where it apparently rode out the firestorm until people returned. The animal, which had become caught in a cover resting on top of the pool, was able to make it out with the help of some passersby, but there’s no telling the horror she witnessed over the past few days.

The horse, which Hill describes as “shivering uncontrollably” in the water of the pool, was still well enough to stand and walk after the pool cover was removed. Thankfully, the animal quickly regained its composure and was able to trot off.

The good news here is that it appears from the photo that the fire didn’t reach this particular area. The trees around the house in the images seem to be in good shape, and there’s no sign of charred foliage. If the fire had engulfed the surrounding woods it likely would have made it even harder for the horse to survive.

The question that immediately jumps to mind is whether or not the horse knew what it was doing when it took an impromptu dip in the pool. Perhaps it did, and with smoke in the sky it decided that somewhere wet was the best place to hide, but it’s probably more likely that it fell in by accident while fleeing. In any case, the horse appears to be doing okay, and we hope it’s reunited with its owners soon.