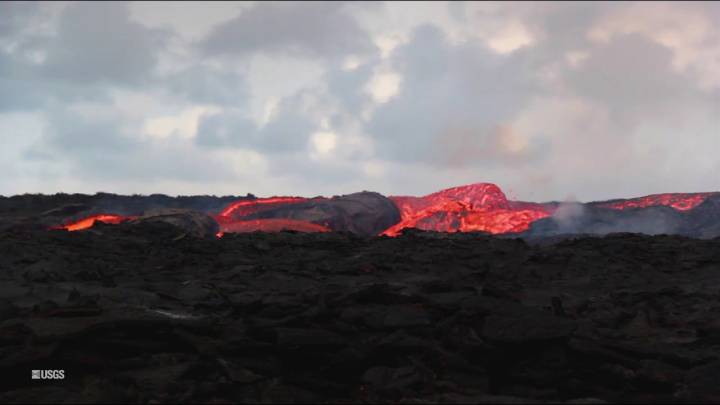 The US Geological Survey has released a new video of the highly active Fissure 8, which has been releasing lava from the Kilauea for over a month. The lava flows out of fissure 8 and into a main channel, where the lava is moving up to 15 miles per hour, about the speed an average human can sprint over good ground. The flow slows down significantly before it reaches the ocean.

The USGS has been providing all kinds of video and photos of the ongoing eruption, which it has been studying closely.

“In this video taken from the Leilani Estates subdivision, lava at fissure 8 pulses above the cinder cone adding fragments of lava (spatter) that build the cone higher,” the USGS explains. “From fissure 8, lava flows freely over small cascades (rapids) into a well-established channel. Near the vent, lava is traveling about 24 km per hour (15 mi per hour). Lava slows to about 2 km per hour (1.5 mi per hour) near the ocean entry at Kapoho.”

The video was taken on June 17th by the USGS Hawaiian Volcano Observatory.

Late yesterday, the eruption vigor increased, and the rate of lava flow from fissure 8 ticked up significantly. 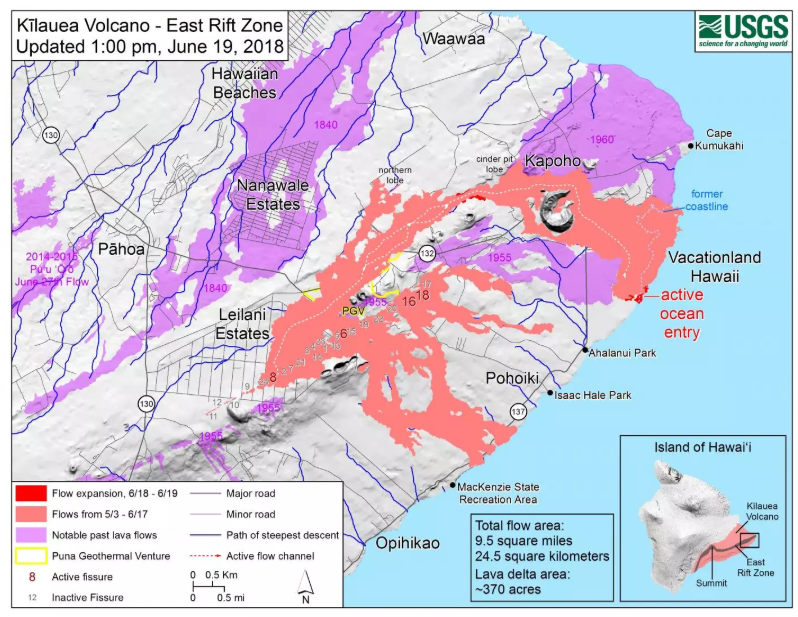