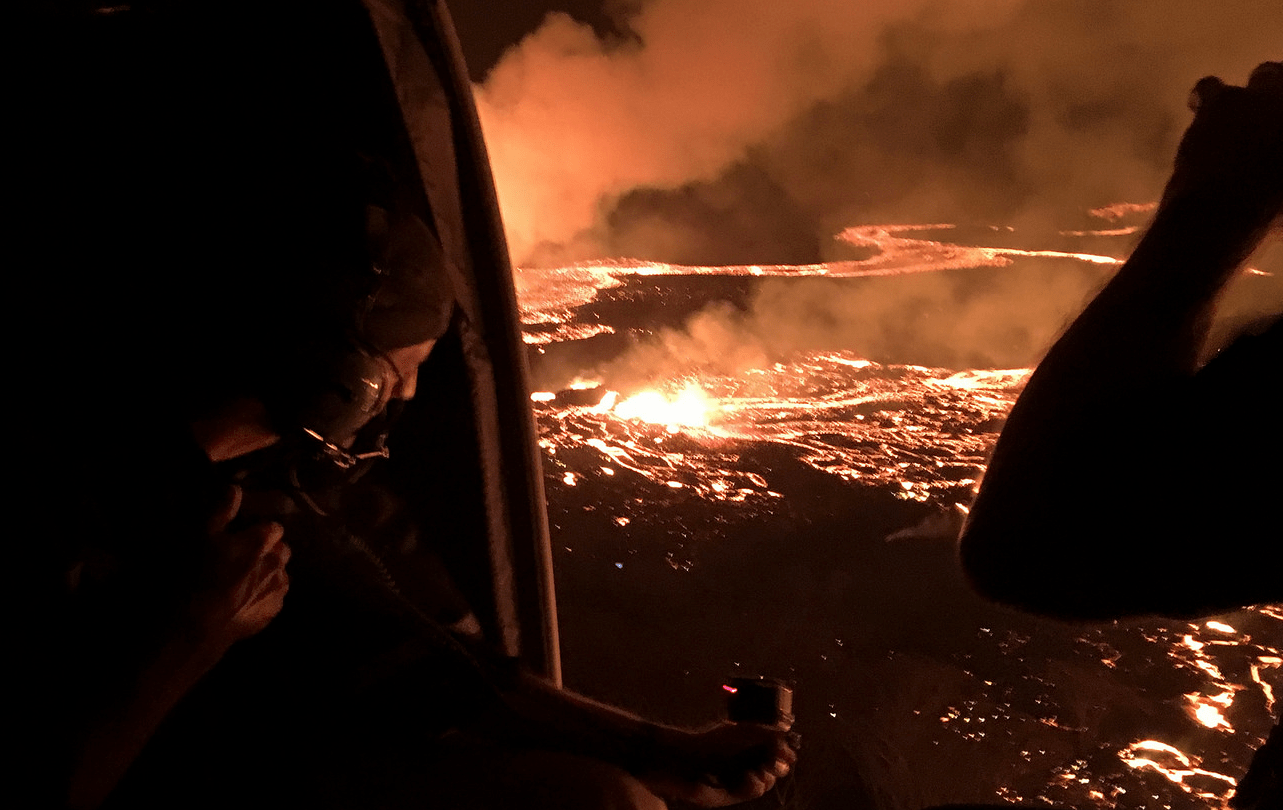 Hawaii’s Kilauea volcano has been erupting for pretty much the entire month of May, slowly oozing molten rock out of several fissures in the ground. The slow-moving lava flow has disrupted the lives of many on the island, but officials have kept a very close eye on everything to ensure that nobody gets caught off guard (unless you’re a Ford Mustang). Now it seems that the ongoing eruption is also giving residents of distant islands a headache as a haze of “vog” is descending on the area.

As the Guardian reports, the Marshall Islands are currently covered in a haze of volcanic smog (called vog for short) which is hampering visibility and could cause problems for those with respiratory issues.

According to the US National Weather Service officials in Guam, the volcanic haze has moved across the Pacific and is descending upon the many sparsely-populated islands in the area, including the aforementioned Marshall Islands and the islands of Micronesia. It’s taken a while for the airborne debris to reach the far-off islands which are thousands of miles away, but now that it’s arrived there’s not a whole lot that residents can do about it.

Health officials have put out a warning that breathing in the vog should be avoided, especially for those who already have breathing problems. Those who are vulnerable to air quality changes are urged to remain indoors as much as possible.

The lava flows from Kilauea are still ongoing, and as the molten rock spews forth volcanic gasses and ash come along with it. When the lava meets the ocean — as it has at multiple points along the island’s coastline — it creates huge amounts of steam and gas that further hinders visibility.

For now, the residents of the islands downwind from the volcano can’t do much besides wait for the air to clear, though it might be a while before the vog dissipates for good.