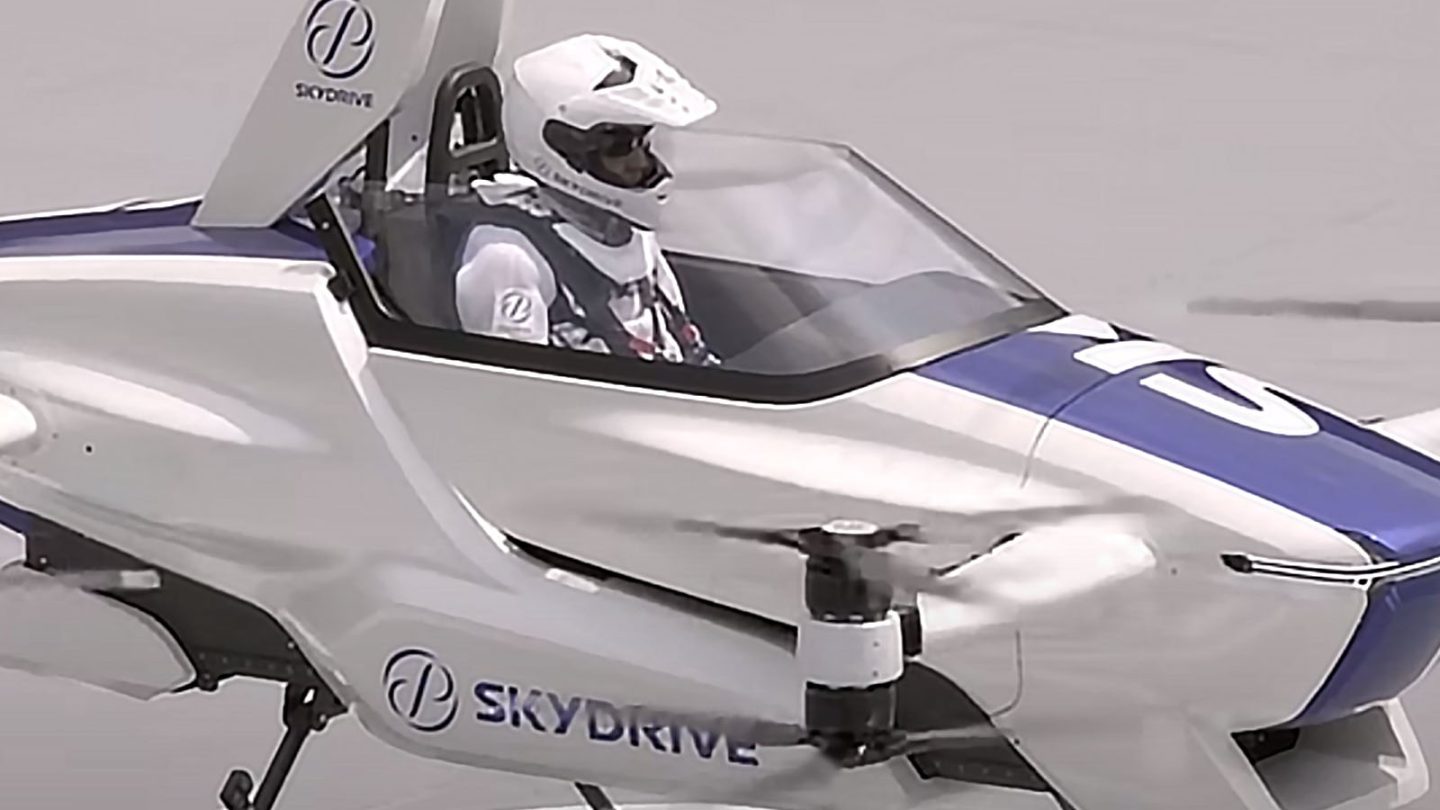 Back in the 1940s and 1950s, everyone assumed that by the year 2000 we’d all be flying around in our own personal aircraft. There were a lot of big dreamers back then, and with the rapid advance of technology, it seemed a given that we’d have mastered the art of the “flying car” within a few decades’ time. Well, that didn’t happen. In fact, we’re really not even close to having flying cars yet, and we’re well past the year 2000 deadline.

That’s not to say there hasn’t been progress in the area of flying cars, of course, and in a new video from the SkyDrive Project — a flying car project backed by Toyota — shows that we might still get the flying cars of our dreams… someday.

The SkyDrive looks exactly like what people a century ago would have imagined a flying car would look like. It’s sleek and futuristic, and it is capable of the holy grain of flying car designs, VTOL. VTOL, or vertical take-off and landing, is crucial when it comes to designing a personal aircraft that can operate in an urban area since you’d be hard press to find a runway anywhere other than an airport.

The ultimate goal, of course, is to be able to hop in your flying car and cruise around a crowded city, taking traffic almost completely out of the equation as you head to your destination without worrying about roads, stoplights, or anything else that might slow you down. In that respect, SkyDrive is still a long way from being a viable option, but at least it’s managed to get itself off the ground.

In a new video, the SkyDrive team shows some behind-the-scenes development of the vehicle along with a brief test of its capabilities in its current form. As you can see, the vehicle is a lot like a quadcopter drone, utilizing a total of eight spinning blades — two on each corner — to achieve stable flight. It’s cool, but considering it only traveled what looks like a few yards during this test flight showcase, let’s just say you won’t be seeing one at your local flying car dealership anytime soon.

SkyDrive is just one of a number of projects currently in the works that aim to make flying cars a reality. For SkyDrive (and Toyota) the goal is to have vehicles like this one serve as people movers either for personal use or for taxi services. The company hopes to have actual test flights underway by the end of the year, with commercial availability of the vehicles by 2023.