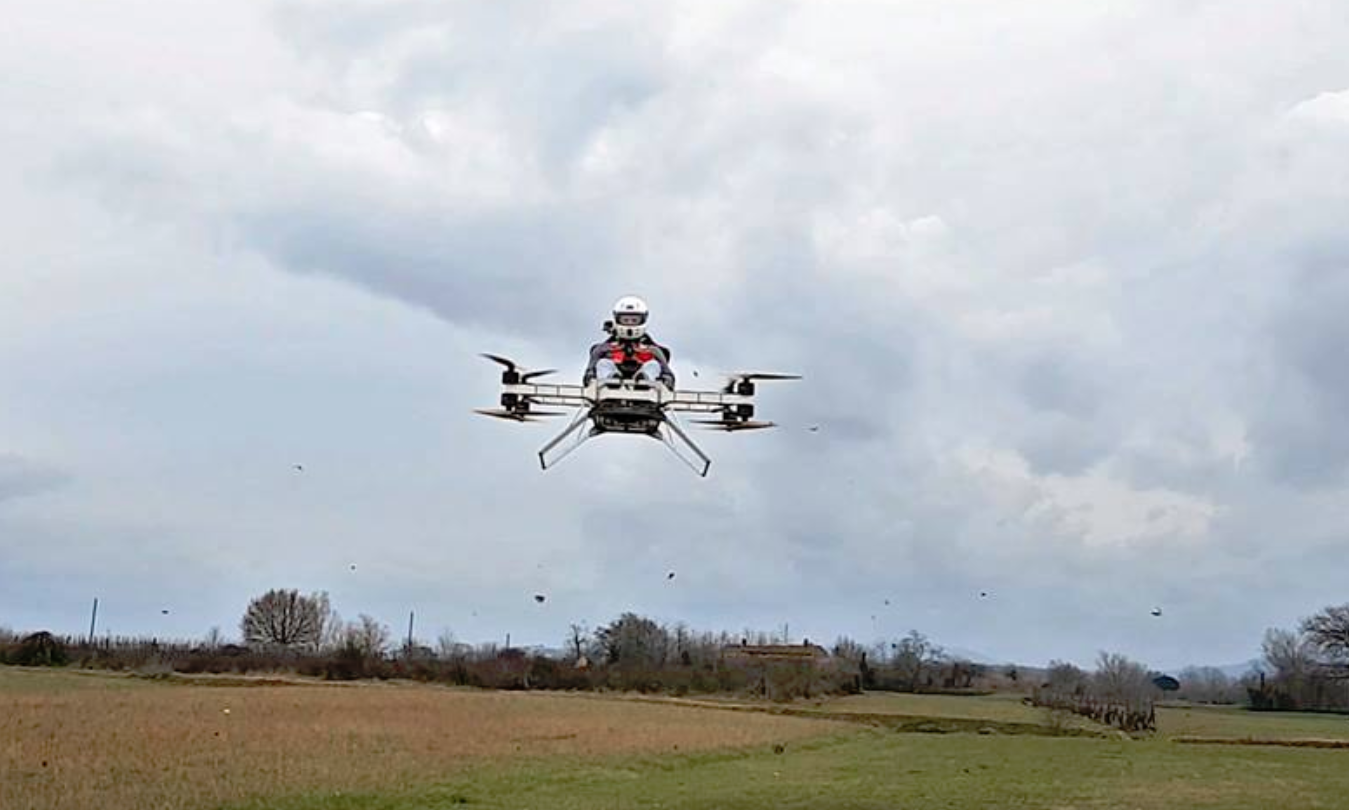 Half a century ago, futurists predicted that personal aircraft would be the norm by the year 2000 or shortly thereafter. Well, it’s 2019 and the promise of a flying car has never been fulfilled. Still, that’s not stopping some incredibly bold DIYers from trying their hand at their own flying vehicles, and some of them aren’t half bad.

In a new video by Tomasz Patan, one of the more impressive prototypes “flying cars” is shown off in great detail. It’s been named the Jetson Speeder, and its creators called it a PAV, or personal air vehicle. It’s not going to replace your car any time soon, but it sure is cool.

If the Jetson Speeder looks a bit like an oversized drone that’s because, well, it kind of is. It utilizes a tried and true quadcopter rotor arrangement with each blade powered by its own motor, for a total of eight. Its maximum weight capacity is an impressive 220 pounds, but at just 15 minutes of flight time each trip is a rather brief affair.

Nevertheless, it is indeed capable of carrying a full grown adult with ease, and in a series of tests it’s shown to be a relatively stable aircraft, at least in short jaunts.

The video was actually recorded nearly a year ago, but its creators have decided to publish it now in the hopes of attracting partners who can help push the project to the next stage.

“It turned out to be a fantastic experience that everyone should be able to try,” they explain. “Being able to move through the air so effortlessly without vibrations or noise – it just felt so great. After months of careful planning, designing, programming and building we had this beautifully flying electric machine which was the first step leading to something even greater: Bringing the personal electric flight to everyone.”

The team, which goes by the name Jetson Aero, will have their work cut out for them if they hope to bring the machine to market, but it’s safe to say that we’re all rooting for them.