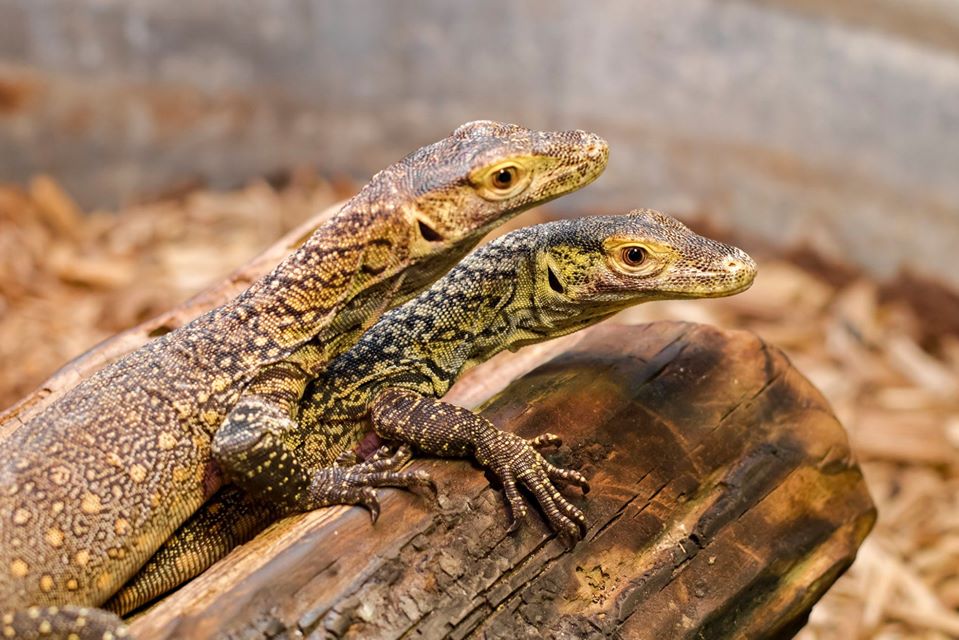 A female Komodo dragon named Charlie, under the care of Tennessee’s Chattanooga Zoo, has given birth to three hatchlings without the help of any male dragon. The rare event is being celebrated by the zoo, which had been trying to generate a pregnancy for some time, but the male that Charlie was matched with ended up not being the father of the newborns.

Kadal, the male Komodo dragon, was placed with Charlie, but zoo staff never actually saw the two dragons breeding. Still, Charlie became pregnant and a trio of hatchlings was the result. The tiny dragons, all of which are male, were then given a DNA test to determine if Kadal was the father. That’s when the zoo got a big surprise.

Incredibly, the hatchlings were not the spawn of Charlie and Kadal, but were Charlie’s alone. This incredible feat is made possible through a process called parthenogenesis, in which a female of a species produces offspring without the help of a male. Not many species are capable of it, but Komodo dragons are known to be one of the few that are.

“In September 2019, we announced that our female Komodo Dragon, Charlie, had become a first-time mother to three hatchlings,” the Chattanooga Zoo writes in a Facebook post. “At the time, it was unknown if they were a product of breeding with our male, Kadal, or if parthenogenesis had occurred. DNA results show that the hatchlings were, in fact, reproduced through parthenogenesis!”

But why would a species need to be able to reproduce solo? As the zoo says, it’s a complicated situation. “In the wild, Komodo dragons mainly live isolated and often become violent when approached, which has allowed these animals to evolve to reproduce both sexually and parthenogenetically,” the post explains. The members of the species are so averse to one another that the females began making babies on their own. That’s pretty wild.

The biological work behind the scenes is pretty astounding. In parthenogenesis, an egg is fertilized using another egg, rather than sperm from a male of the species. This allows females to reproduce even if no males are around, or perhaps if they simply dislike their breeding options, as was apparently the case when Charlie met Kadal.

In any case, the Chattanooga Zoo now has a trio of new Komodo dragon hatchlings. Onyx, Jasper, and Flint were only viewable by the public for a short time, but we can rest assured that they’re in good hands with zoo staff and will likely show up again soon.