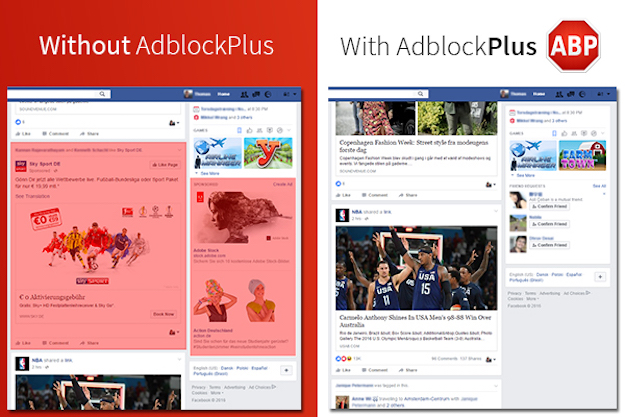 Two days. That’s how long it took for Adblock Plus to start blocking ads on Facebook again after the social media giant found a way to bypass ad blockers. As long as you’re running the most recent version of Adblock Plus, you shouldn’t see ads any longer when you load up the News Feed in your browser.

DON’T MISS: This is our best look yet at the gold iPhone 7

“Two days ago we broke it to you that Facebook had taken “the dark path,” and decided to start forcing ad-blocking users to see ads on its desktop site,” writes ABP’s Ben Williams. “We promised that the open source community would have a solution very soon, and, frankly, they’ve beaten even our own expectations.”

Unfortunately, as the “filter has not been heavily tested,” there’s a chance it’ll block more than just ads, a point which Facebook has unsurprisingly pounced on.

“We’re disappointed that ad blocking companies are punishing people on Facebook as these new attempts don’t just block ads but also posts from friends and Pages,” a Facebook spokesperson told The Verge. “This isn’t a good experience for people and we plan to address the issue.”

How exactly Facebook plans to “address the issue” remains to be seen, but Williams warns that Facebook could basically flip a switch at any time to “re-circumvent” the new filter as well. Both Facebook and ABP appear ready for a continual back and forth for the foreseeable future.