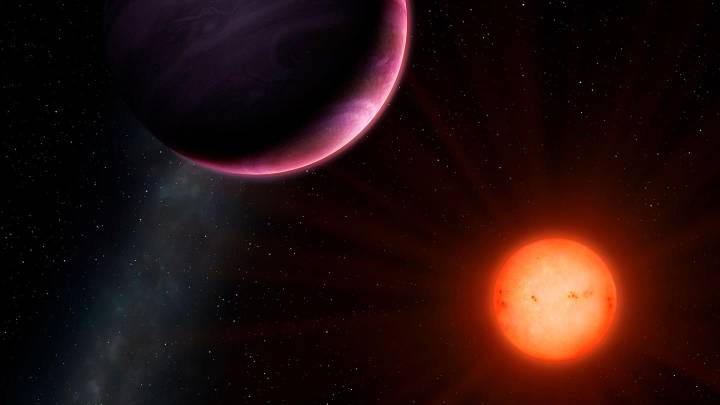 When astronomers search for exoplanets, the real goal is finding a distant world that might be within what scientists believe is the habitable zone. Those planets, which are just the right temperature to support liquid water on their surface, are thought to be our best bet for finding extraterrestrial life, but sometimes a hostile exoplanet is just as interesting. That’s the case with a newfound world called Wolf 503b.

Wolf 503b is about twice the size of Earth, but researchers can’t actually tell if it’s a hard and rocky world like our own, or a ball of gas. Whatever the case, traveling to Wolf 503b would most certainly not be comfortable due to its proximity to its star. The planet orbits its star even closer than Mercury orbits our Sun, meaning that the planet is incredibly hot.

“Wolf 503b is one of the only planets with a radius near the gap that has a star that is bright enough to be amenable to more detailed study that will better constrain its true nature,” Björn Benneke, co-author of the study, said in a statement. “It provides a key opportunity to better understand the origin of this radius gap as well as the nature of the intriguing populations of ‘super-Earths’ and ‘sub-Neptunes’ as a whole.”

The planet, which was discovered by the Kepler space telescope, and its star are actually relatively close to Earth. They’re situated only around 145 light-years from our planet, which is a stone’s throw in the grand scheme of things. Because of that, the planet will likely be a great target for the upcoming James Webb Space Telescope to check out, if engineers ever actually finish building it.

With a more powerful telescope, scientists could begin to assess what the planet’s atmosphere is made out of, and determine whether or not there is water and hydrogen there. We won’t know how similar the planet is to Earth until we can observe it in greater detail, but with temperature estimates approaching 1,000 degrees Fahrenheit, it’s pretty unlikely that we’d have any chance of finding life hiding out there.