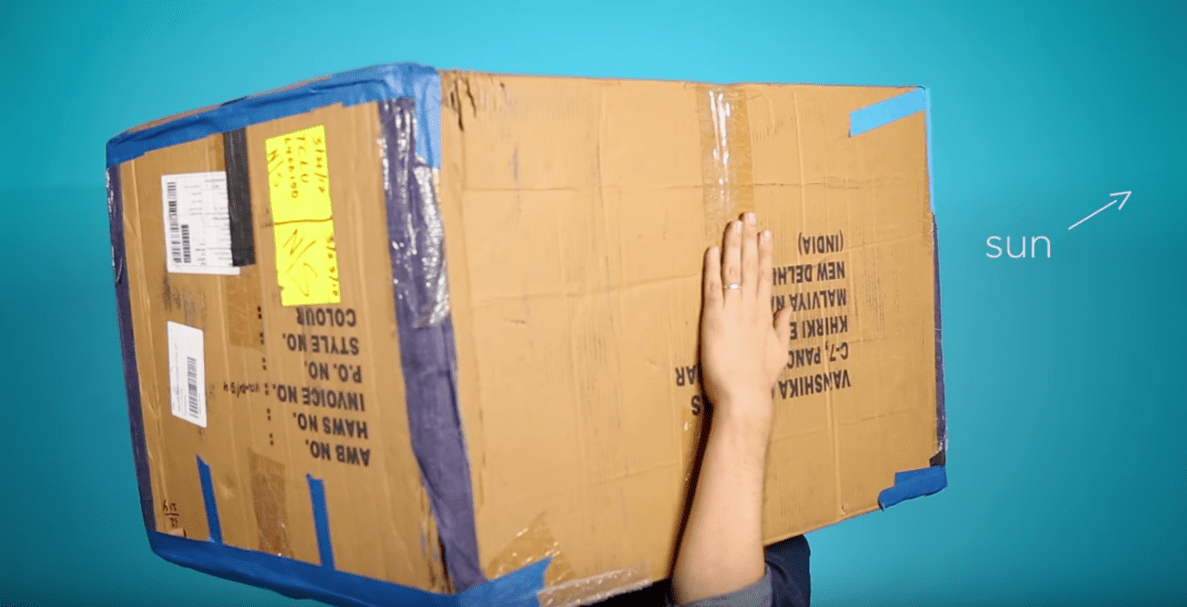 You’re probably aware that a total solar eclipse is going to pass over the US today, giving hundreds of millions of people the rare opportunity to watch the moon block out the sun. Unfortunately, to properly view the eclipse, you need glasses that will block out harmful light from the sun and let you stare at the eclipse without going blind — a distinctly real danger. We told you how to get them in time last week, but almost every major retailer is out of eclipse glasses by now. The good news is that doesn’t mean you’re out of luck. There are a couple home-made ways to safely view the eclipse, and we’ve rounded up the best that you still have time to make.

All you need for the simplest viewing solution is a cardboard box and a sheet of printer paper. The box ideally should be comfortably big enough to fit over your head. All you need to do is glue or tape a piece of white paper to one end on the inside, and make a small hole in the box at the other end, facing your piece of paper. When you put your head inside the box and aim the pinhole at the sun, you should see an upside-down image of the sky and sun projected onto the screen.

You can take a monocular or pair of binoculars, point them at the sun, and then project the resulting image onto a sheet of white paper. This is another easy way to watch the eclipse, and has the advantage that a couple of people can watch the resulting projection at once. NASA has a video on how to make a proper version of this using a tripod. If you don’t have a tripod attachment for a pair of binoculars (likely), you can temporarily attach your binoculars to the tripod with tape. Make sure that no-one looks through the binoculars directly at the sun!

Anything that has small holes in it will work as a makeshift solar viewer for watching the eclipse. As the sun begins to be blocked by the moon, you’ll see the crescent eclipsed shape in the shadows. Anything will a small hole in it — colanders, a hole in a piece of paper, or even a small hole made by making a funnel with your fist — will work to project an image of the sun onto a piece of paper.

For brief periods, it should be safe to view the eclipse through your smartphone camera. It’s not a great idea to point your camera at the sun for prolonged periods of time (although some photographers think you’ll be completely ok), but there’s nothing wrong with opening the camera app and pointing your phone at the sun for brief periods of time. The image will be relatively small, given the wide angle, but it’s a lot better than burning your eyes out.

Organizations including NASA, CNN, USA Today, and anyone else with access to Facebook Live and a camera will be livestreaming the eclipse live. In addition to using a DIY eclipse viewer listed above, you can pull up a stream on your phone or laptop and view a close-up image in complete safety. We’ll have a post containing all the livestreams you could ever need shortly before the eclipse begins.

Won’t be able to catch the eclipse as it happens? We’ve created a state-of-the-art simulation that is just as good: pic.twitter.com/uzuteTSoNS