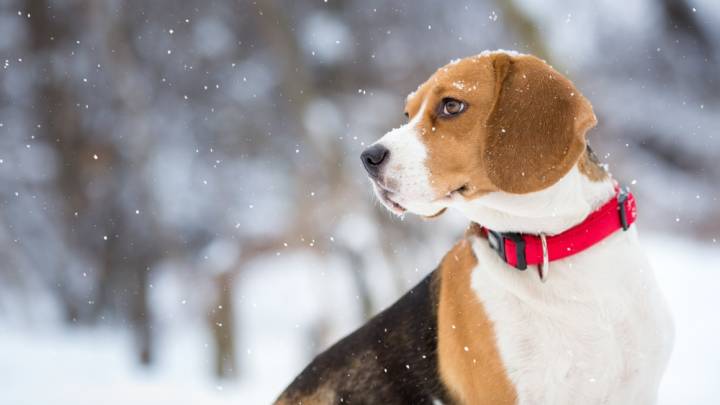 Thanks to plenty of warnings from the medical community we’re all pretty familiar with the ability of influenza viruses to jump from other animals to human hosts. Both the “swine flu” and “bird flu” have wreaked havoc in the past, hopping from pigs and birds to humans with little warning. But humans aren’t the only ones at risk of an influenza pandemic, and a new study suggests that a future breakout could target our four-legged friends instead.

The research, which was published in the journal mBio, reveals that various strains of flu virus in pigs have the ability to make the jump to canines, and that the types of flu that can infect dogs is becoming more varied.

“The majority of pandemics have been associated with pigs as an intermediate host between avian viruses and human hosts,” Adolfo Garcia-Sastre of the Global Health and Emerging Pathogens Institute, explains. “In this study, we identified influenza viruses jumping from pigs into dogs.”

The researchers say that the H1N1 outbreak in humans back in 2009 could be a precursor to a similar situation in the canine world.

“We now have H1N1, H3N2, and H3N8 in dogs,” Dr. Garcia-Sastre says. “They are starting to interact with each other. This is very reminiscent of what happened in swine ten years before the H1N1 pandemic.”

The study centered in on farmed dogs from China which have been diagnosed with flu-like symptoms. After sequencing the genomes of the viruses, the scientists were able to determine that the viruses originated in birds before jumping to pigs and then canines. A melting-pot effect appears to be taking place, in which the viruses mingle with other viruses found in dogs, creating new variants.

In China, dogs are often raised to be eaten but are also kept as pets, while free-roaming street dogs are also a factor in the spread of various canine diseases. This creates a perfect storm in which new strains of flu can form and be passed along, and attempting to halt the spread of any one strain is incredibly difficult if not impossible.

“The United States is free of avian influenza because every time avian influenza has been detected in poultry in this country, the chickens or turkeys are culled and eliminated from circulation,” said Dr. Garcia-Sastre. “There are attempts to restrict influenza virus in pigs through vaccination and one could consider vaccination for dogs.”