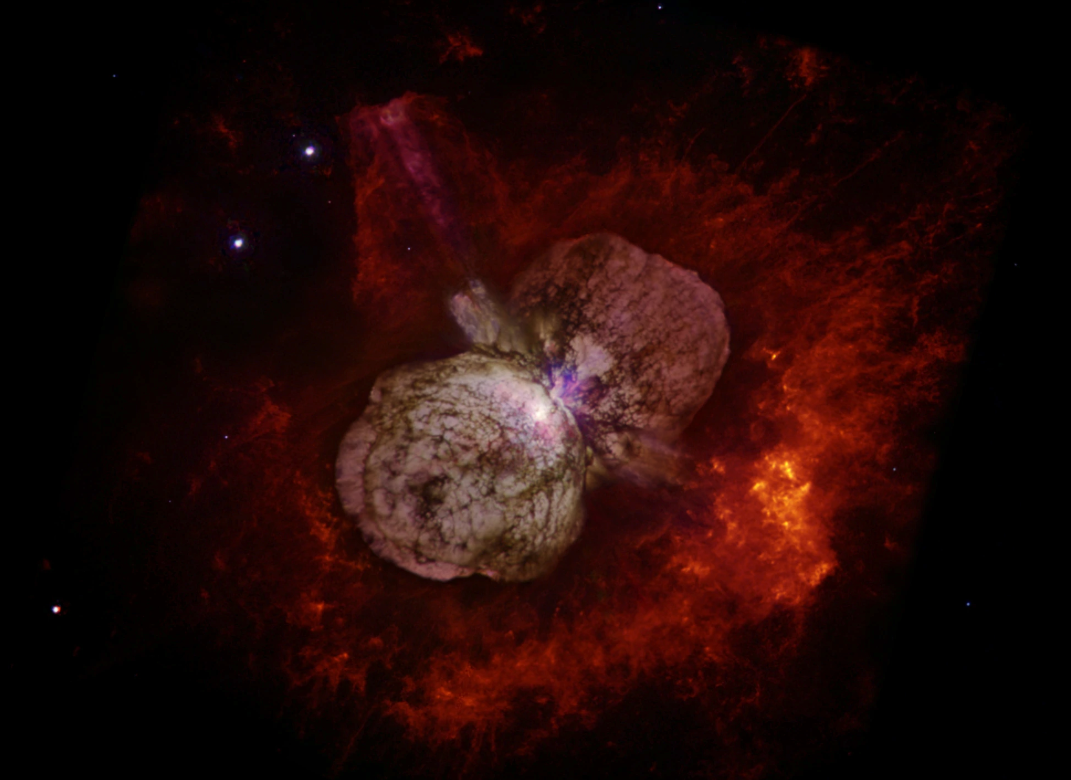 Our Sun is obviously the most intense place in our Solar System, but it’s actually pretty chill when compared to many other systems. Eta Carinae, for example, is a binary star system that sits around 7,500 light years from Earth, and it’s so incredibly extreme that when it fires cosmic rays off into space they actually manage to reach us here on Earth.

A new study by astronomers using NASA’s NuSTAR space telescope paints a startling picture of Eta Carinae. The two-star system is a violent place, with its twin stars producing incredibly powerful stellar winds as they spin around each other.

The heart of Eta Carinae is its dual stars, one of which is 30 times the mass of our Sun while the other is 90 times the mass. These massive stars orbit each other at a very close distance, performing a full rotation every five and a half years. At their closest approach the stars are only around 140 million miles apart, which NASA notes is roughly the same distance as Mars is from the Sun.

Both of the stars are constantly puking out charged particles at extremely high speeds, with the larger star’s wind slamming into that of the smaller star, creating massive waves of energy that is being blown out into space. Some of that energy finds its way to our own Solar System, and for a long time astronomers didn’t know exactly where it was coming from. Thanks to the tools provided by the NuSTAR telescope, scientists have been able to definitively trace the source.

“We’ve known for some time that the region around Eta Carinae is the source of energetic emission in high-energy X-rays and gamma rays,” Fiona Harrison, principal investigator of NuSTAR, said in a statement. “But until NuSTAR was able to pinpoint the radiation, show it comes from the binary and study its properties in detail, the origin was mysterious.”

This ‘cosmic ray gun’ as NASA calls it doesn’t pose us a threat thanks to the distance between Earth and the volatile system, but tracing the source of various cosmic rays can help researchers better understand the processes that continue to shape the galaxy around us.