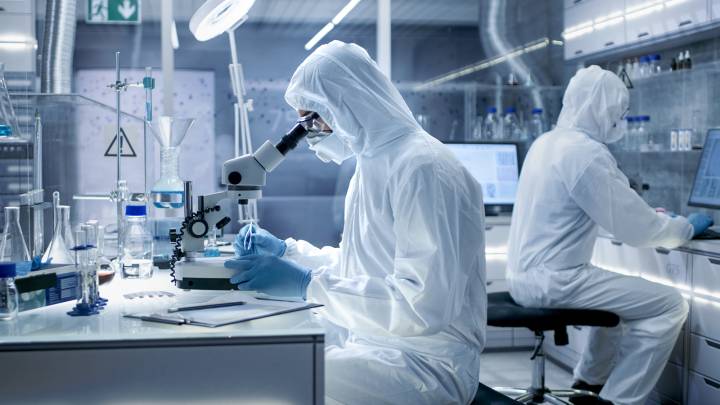 Inovio Pharmaceuticals kicked off the Phase 1 trial of its INO-4800 coronavirus vaccine candidate in early April, and the company has good news to report for the first stage of testing.

The DNA vaccine is funded in part by the Bill and Melinda Gates Foundation, and it’s included in the US government’s Operation Warp Speed initiative to speed up COVID-19 vaccine research. The drug delivered promising results, the company said in a press release, with 94% of volunteers having developed the expected immune response following two doses of the drug. Moreover, a separate preclinical animal challenge study revealed the drug can prevent viral replication in the lungs in mice that were infected with the virus.

Inovio enrolled 40 healthy adults aged 18 to 50 in the Phase 1 trial, dividing them into two cohorts taking doses of 1.0 mg or 2.0 mg. Each participant then received two doses of the drug four weeks apart via intradermal injection. INO-4800 was safe and well-tolerated in both cohorts through week 8, the press release says. The ten adverse effects were grade 1 in severity, and most were local injection site redness. There were no serious adverse effects. One of the objects of Phase 1 trials is to determine the safety of the proposed drug.

INO-4800 also proved its efficacy in the study. The data shows that 94% of participants developed the desired immunological responses, including the development of binding and neutralizing antibodies, as well as T cell immune responses. 34 out of 36 patients demonstrated immune responses to the virus. Three participants had to be excluded at the start of the study after test results showed they had survived COVID-19. A fourth person discontinued the study for personal reasons. In total, three participants from the 2.0 mg group and 1 person from 1.0 mg cohort left the study.

President and CEO of INOVIO Dr. J. Joseph Kim noted in a statement that the INO-4800 candidate “is the only nucleic-acid based vaccine that is stable at room temperature for more than a year and does not require to be frozen in transport or years of storage.” These might be important factors to consider when it comes to setting up massive vaccination campaigns, and an advantage for Inovio, assuming the drug makes it past Phase 3 trials and is approved.

The drug also protected mice in SARS-CoV-2 viral challenge studies. INO-4800 prevented viral replication in the lungs of animals that were intentionally infected with the virus. The drug was also tested in a non-human primate (NHP) trial that was part of Operation Warp Speed, as well as in a ferret challenge study.

Like Moderna, Inovio published its results via a press release. They offered more data than Moderna’s partial revelations, but Inovio didn’t offer the full dataset either. The company said that the results of Phase 1 will be published in a peer-reviewed medical journal in the future. A Phase 2/3 trial will take place this summer, following regulatory approval. Moreover, the company plans to add older participants to its Phase 1 trial.

While Moderna stock surged on the partial data it released a few weeks ago, Inovio shares tanked by nearly 11% in premarket trading on Tuesday. The stock has risen by more than 860% this year to date, per MarketWatch.