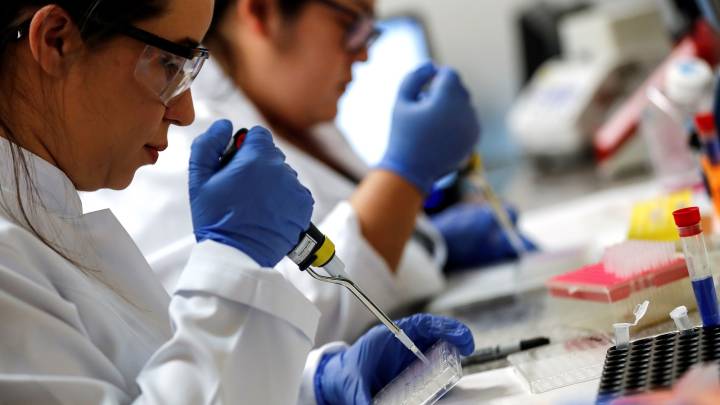 You should be more than familiar with all the measures you can take to reduce the risk of getting infected with the novel coronavirus. Wash your hands frequently with soap for at least 20 seconds, disinfect surfaces, avoid getting close to other people and self-isolate if possible. And you should of course wear a face mask of some sort when you have to go out to purchase food and essential supplies (here’s how to make your own face masks). Officials may have also warned you to avoid fake news about the coronavirus, but that’s now always easy. The transmission of viral COVID-19 fake news is another pandemic that we all have to face, and that’s what I’ve been doing lately in personal exchanges with friends and family. It’s really easy to dispose of most the coronavirus misinformation that circulates online, and you should do it to prevent your loved ones from believing information they get from shady sources. But what happens when someone sends you information that’s tough to dispute?

A few days ago, I received a video that I’d have normally dismissed immediately. It talked about how Chinese researchers were able to create a chimera virus back in 2015 that sounds a lot like the SARS-CoV-2 virus that causes the novel COVID-19 illness. And it did not originate from a fringe website pushing conspiracy theories that would have you convinced the coronavirus is man-made. I immediately sent off the reply I already had on hand. As of mid-March, we know for a fact that SARS-CoV-2 wasn’t made in a lab. Scientists from around the world studied the genome of the new virus and concluded there’s no way the virus was man-made. The researchers found the virus jumped from animals to humans, although they were yet to understand where the key mutation happened, or the genetic change that allowed the virus to bind to a receptor in human cells.

But because the source of the clip was a reputable Italian TV station, I dug further, searching for the study that Italian story focused on. It turns out that study exists, but it hardly proves that people created the new coronavirus.

The news segment that aired on RAI3 (video below in Italian) in November 2015 was addressed in this Corriere story. The video started circulating again in Italy in late March, a country that’s been ravaged by the virus. It’s easy to understand why some people would fall for such conspiracy theories in a region experiencing one of the worst COVID-19 outbreaks in the world. The newspaper disputes the conspiracy theory immediately, citing scientists and officials familiar with the research.

However, articles like Corriere’s don’t go viral on WhatsApp. It’s out-of-context videos that go viral, and that video does contain misleading information.

For starters, it’s not Chinese researchers who worked on this particular virus. The November 2015 study is titled A SARS-like cluster of circulating bat coronaviruses shows potential for human emergence, and it’s co-authored by 15 scientists. Most of them are from the US, including the leading authors (University of North Carolina, FDA, and Harvard Medical School). Two researchers from Wuhan, China and one from Switzerland also contributed to the study.

The study explains that recent epidemics including SARS and MERS underscore “the threat of cross-species transmission events leading to outbreaks in humans.” The researchers created a chimeric virus in a lab using the spike protein of a SARS-like virus circulating in Chinese horseshoe bat populations (SHC014) in a mouse-adapted SARS-CoV backbone. In lab conditions, that virus was able to hook up to the ACE2 proteins and replicate in primary human airway cells. Given the wide news coverage of SARS-CoV-2, this is when some will conclude that the chimera virus is proof that COVID-19 was created in a lab. It was not!

The researchers tested the virus on mice and observed notable pathogenesis. The conclusion was that the work “suggests a potential risk of SARS-CoV re-emergence from viruses currently circulating in bat populations.”

The purpose of this sort of research is to prepare for potential outbreaks and work on vaccines and other drugs that could deal with one. It’s absolutely not indicative of humans developing viruses in labs as bioweapons. These are respected researchers, some of whom may have already used their knowledge to address questions about the novel coronavirus. One example in this case is the lead researcher Vineet D. Menachery, now at the University of Texas, who talked about COVID-19 immunity with The New York Times recently, comparing it to SARS and MERS.

Infection with the 2015 chimera virus lead to weight loss but had minimal lethality in mice, the study concluded. The researchers warned that “the starting materials required for SARS-like emergent strains are currently circulating in animal reservoirs.”

Vaccines and other therapies did not work to block the replication of the virus, and the researches explained that more similar studies may be required to understand the potential of other SARS-like viruses to spread to humans and adapting treatment. The study also addressed the US government’s decision to pause gain-of-function (GOF) projects from a year earlier, warning that “research into CoV emergence and therapeutic efficacy may be severely limited moving forward.”

This brings us nearly five years later, to mid-March 2020, when researchers published a study in the same in Nature Magazine that explains the new SARS-CoV-2 virus has no similarity to known coronaviruses.

“By comparing the available genome sequence data for known coronavirus strains, we can firmly determine that SARS-CoV-2 originated through natural processes,” Scripps Research’s Kristian Andersen told Science Daily. “These two features of the virus, the mutations in the RBD portion of the spike protein and its distinct backbone, rule out laboratory manipulation as a potential origin for SARS-CoV-2.”

Researchers from Scripps Research, Tulane University, University of Sydney, University of Edinburgh, and Columbia University collaborated on the new study. Anyone else with access to the COVID-19 genome could confirm these findings. And maybe they should, so at least one of them goes viral on WhatsApp.

And don’t even attempt to link Bill Gates’s now-popular 2015 TED talk about the risks of viral pandemics on the current world to any video clips detailing same-year research “from China.” Gates delivered his remarks in March that year, well before the November study in Nature came out. Gates delivered that speech because the world witnessed several epidemics in previous years, including SARS, MERS, Ebola, and H1N1, and wasn’t doing enough to prevent an even bigger one. Fast-forward about 5 years, and it’s pretty clear that Gates knew what he was talking about.