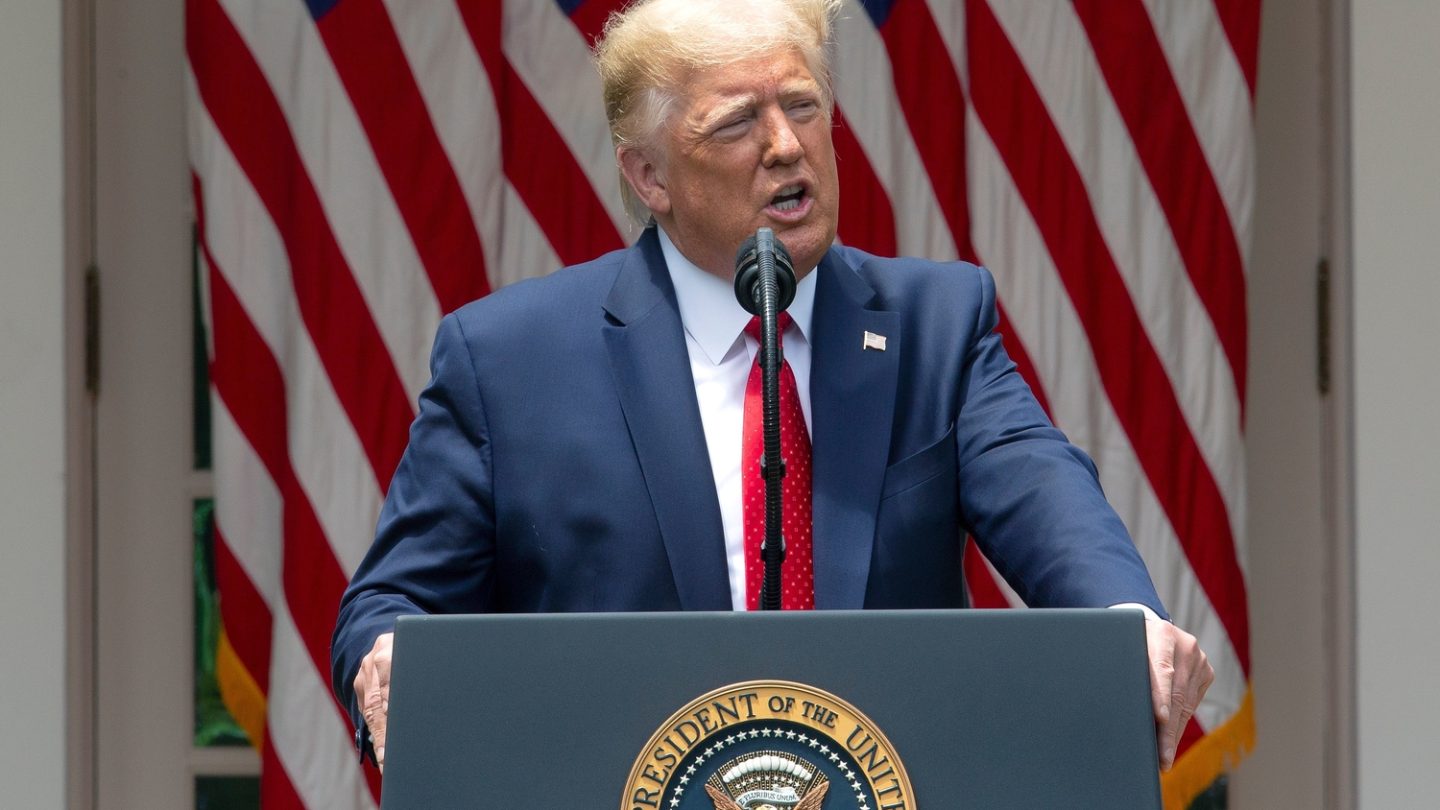 All things considered, President Trump probably would have preferred a more favorable backdrop against which to return to the campaign trail, which saw him visit Tulsa on Saturday to headline two events — one, at 7 p.m. ET which is when he’s set to deliver remarks as part of a so-called “Great American Comeback Celebration,” and then another inside the nearly 20,000-seat BOK Center arena in Tulsa at 8 p.m.

Ahead of this, his first public rally since the beginning of March, the number of coronavirus US cases hit 30,000 on Friday, the highest mark since May 1. This comes at a time when a surge of new cases is showing up in several states (including Oklahoma) — states like Arizona, Florida, California, and South Carolina, all of which reported new record-high single-day increases in coronavirus infections. And speaking of Florida, cases there hit 4,049 on Saturday, another single-day record for the state … for the third day in a row. All that said, it’s probably a good thing the Trump campaign required that attendees to Saturday’s rally agree to a disclaimer in which they promise not to sue if they contract the virus at the event.

In keeping with the president’s attitude toward face masks, though, attendees of Saturday’s campaign events were not required to wear them. The lack of a mandate along those lines followed a ruling Friday from the Oklahoma Supreme Court, which stemmed from two local residents who asked for that requirement to be levied along with instructions to keep at least six feet apart from everyone else. The court ruled those residents didn’t have grounds to make those requests.

Meanwhile, in the hours before Trump took the stage Saturday, it was also revealed that at least half a dozen campaign staffers who were on hand in Tulsa to work on the rally have tested positive for the virus. According to a statement from the Trump campaign’s communications director Tim Murtaugh, “per safety protocols, campaign staff are tested for COVID-19 before events. Six members of the advance team tested positive out of hundreds of tests performed, and quarantine procedures were immediately implemented.”

All this comes as cases continue to surge around the US, with the US Centers for Disease Control and Prevention now predicting the total number of coronavirus deaths in the US to rise to somewhere between 129,000 and 145,000 by July 11 (the US is currently at 119,551 deaths, according to the latest numbers from Johns Hopkins University). Likewise, WHO Director-General Tedros Adhanom Ghebreyesus warned Friday that the pandemic is entering a “new and dangerous phase,” pointing to the number of cases reported globally on Thursday as being the most on any day so far during the pandemic.

“Many people are understandably fed up with being at home,” he said during a press conference at the organization’s Geneva headquarters. “Countries are understandably eager to open up their societies and economies. But the virus is still spreading fast. It is still deadly and most people are still susceptible.”