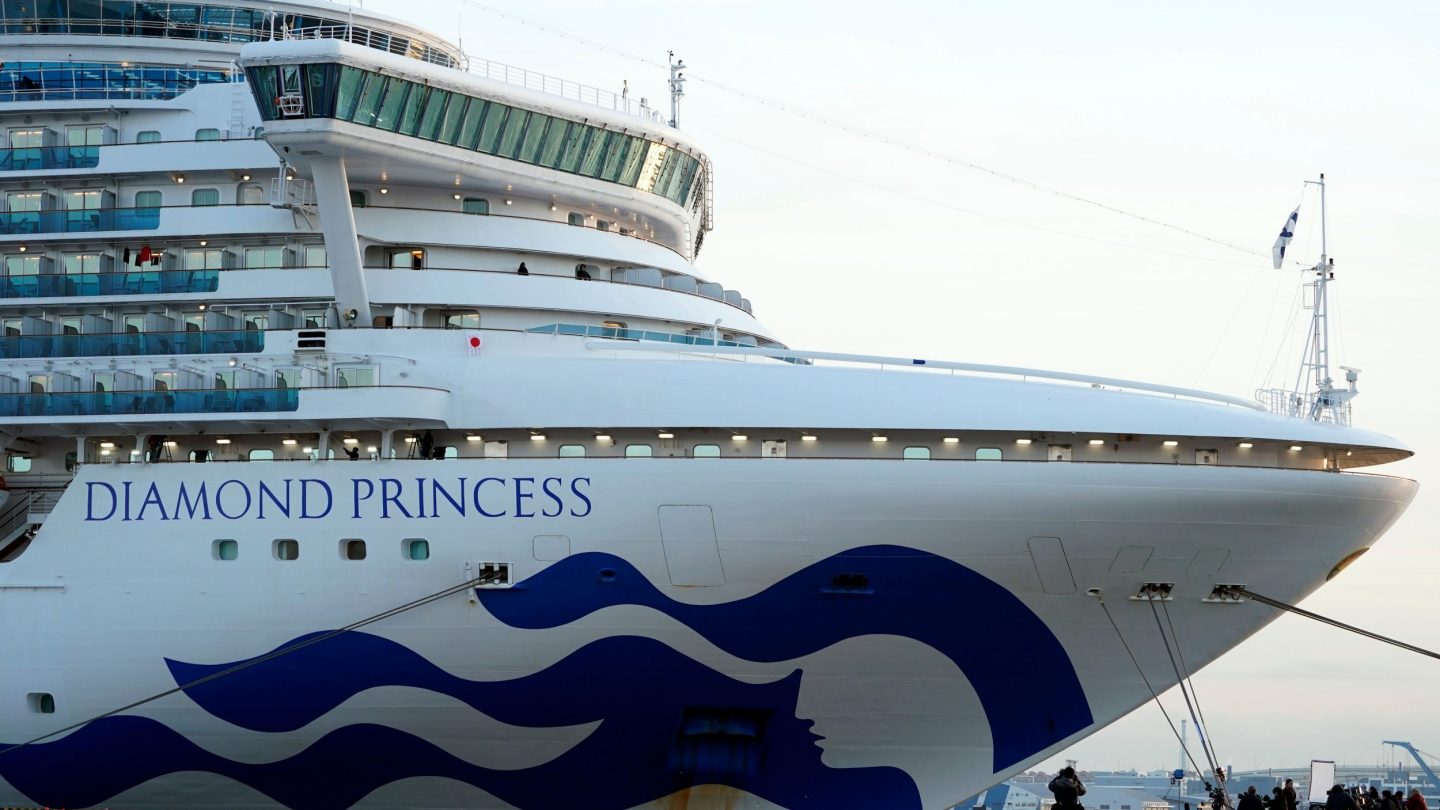 As China’s coronavirus continues to wreak havoc in the country and in the several locations where it has managed to break free from China’s borders, advice for people in danger of becoming infected has remained largely the same. Avoid areas where the virus is known to be spreading, and if you happen to be in one of those areas, avoid contact with just about everyone.

One place where that advice isn’t all that helpful is on a cruise ship, and the Diamond Princess is currently as close to a coronavirus nightmare scenario as you could ever hope to dream up. The virus found its way into the vessel, which holds nearly 4,000 passengers and crew, likely from a passenger who didn’t know they were infected.

Now, the entire cruise ship is under quarantine, and passengers are being tested for the virus one by one. Thus far, over 60 passengers have tested positive for the virus, and nobody is allowed to leave the ship. The number of passengers tested thus far is around 300, which is a small fraction of the overall capacity.

The situation is made even worse due to the fact that many of the ship’s passengers are elderly, putting them at greater risk of advanced complications from the infection. Health officials who are testing the passengers and crew will be focusing on those who are reporting symptoms, but it’s unclear if there will be enough time to test all 3,700 passengers and crew within the quarantine period.

Officials are taking an analytical approach to testing for the infection, and people who test positive raise a red flag that their family and friends aboard the ship may also be holding the virus. It’s a complicated endeavor, and the passengers will remain locked aboard the ship until Japanese officials decide it’s safe to let them off.