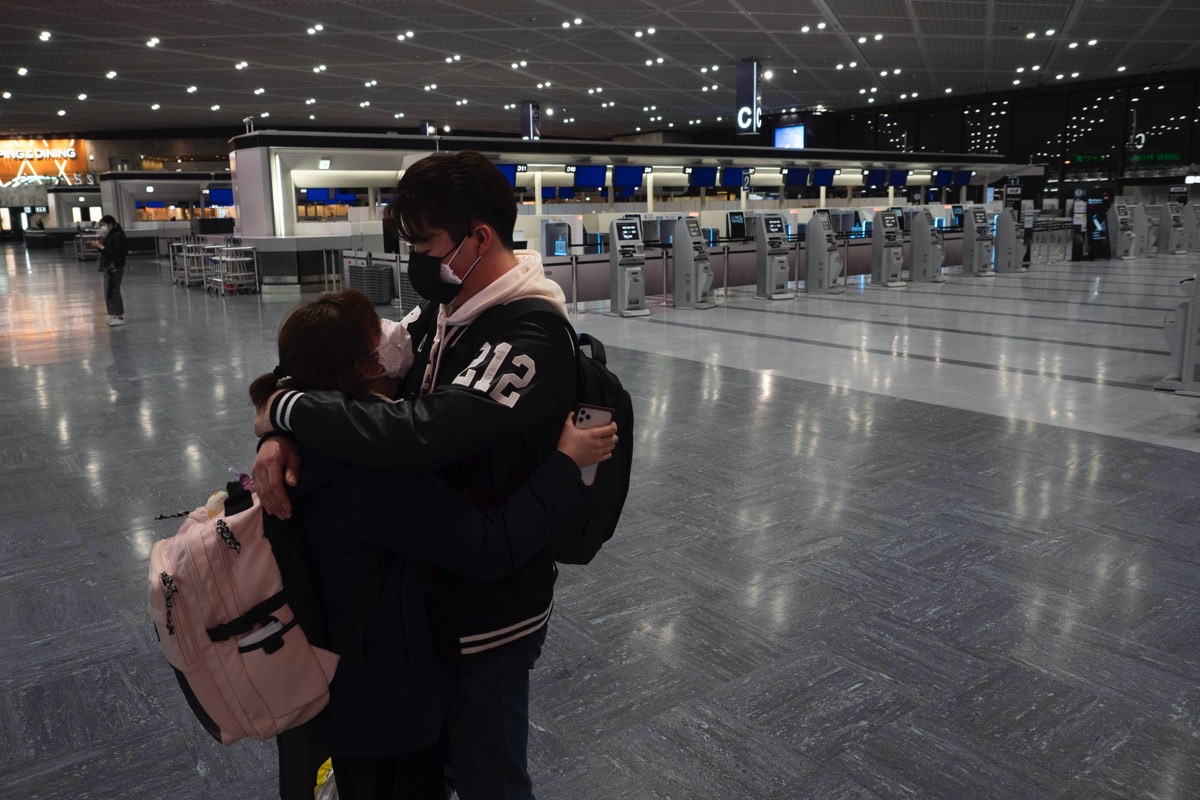 The novel coronavirus needed just a few weeks to reach so many countries around the world, and that’s before the World Health Organization (WHO) declared the new infectious disease a pandemic. A new study looked at the COVID-19 transmission in the 11 weeks that preceded the WHO’s declaration and found the main reason the pathogen was able to spread around the world in such a short time. Unsurprisingly, it all has to do with travel to the regions that contained the first major COVID-19 outbreaks, including China, Italy, and Iran. The researchers concluded that outbreaks began in 75 of the 99 affected countries outside of mainland China due to people who had traveled to a country that already had a COVID-19 outbreak during the pre-pandemic phase. Almost two-thirds of the first cases in each country were linked to Italy (27%), China (22%), and Iran (11%).

Dr. Fatimah Dawood from the Centers for Disease Control and Prevention (CDC) co-led the study, with the final paper having been published this week in The Lancet Infectious Diseases journal. “Our findings suggest that travel from just a few countries with substantial SARS-CoV-2 transmission may have seeded additional outbreaks around the world before the characterization of COVID-19 as a pandemic on March 11th, 2020,” Dawood said.

The researchers looked at the publicly available reports about the first cases in a country, including government agencies, social media, and press releases between December 31st, 2019, an March 10th, 2020, in search of at least one confirmed COVID-19 case. Then, they analyzed the travel history of those first cases and other characteristics, including age, sex, exposure, and cluster frequencies as well as sizes.

The study makes it clear that SARS-CoV-2 turned out to be a much bigger threat in its pre-pandemic phase than similar outbreaks when it comes to the number of infections outside the country of origin. “For example, by approximately 11 weeks after SARS-CoV and MERS-CoV were detected outside China and Saudi Arabia, respectively, 27 countries had reported 6500 cases of SARS, and three countries had reported nine cases of MERS,” the study says. “By comparison, at the comparable timepoint in the SARS-CoV-2 outbreak, 99 countries had collectively reported more than 100 000 cases of COVID-19.”

In the first 11 weeks, the researchers identified 32,459 confirmed cases in 99 countries outside mainland China. Travel was responsible for most outbreaks. Italy was linked to half of the cases reported in Africa and over one-third of cases in Europe and America. Travel to mainland China accounted for 83% of the first reported cases in the Western Pacific and more than half of the first cases in Southeast Asia. Seven first-reported cases in the Eastern Mediterranean region were people who had traveled to Iran.

Data available for 1,200 patients from 68 countries revealed that the average age of patients was 51 years, and just 3% of cases were children younger than 18 years old. About 2% of these cases were healthcare workers.

The researchers also studied 101 clusters in 29 countries that involved 386 cases. They found that household transmission accounted for three-quarters of clusters, with an average of 2.6 cases per cluster. 11 clusters were related to community gatherings, and they averaged 14.2 cases per cluster.

“Four large clusters in our analysis, and large outbreaks reported elsewhere, have been linked with transmission in faith-based settings, highlighting the need to partner with faith-based organizations when designing and implementing community mitigation efforts”, CDC Dr. Philip Ricks explained. “Six healthcare-associated clusters were also identified, underscoring the need for strict infection prevention and control practices and monitoring healthcare workers for signs of illness.”

The study paints a partial picture of what went wrong during the early days of the pandemic, and its conclusions might help guide public health officials to tackle future epidemics better, and even contain future COVID-19 outbreaks. As always with coronavirus studies, more research may be required to further detail the spread of the virus in the early days. One drawback of the study is that the researchers may have missed the first real COVID-19 cases in those countries since COVID-19 can easily go undiagnosed. As others have shown, the illness started spreading in Italy, France, and the US long before the first confirmed cases. Asymptomatic transmission and the lack of testing in the pre-pandemic phase may have prevented health officials from actually catching the first patients in each country. It’s also still unclear who the first patients were in China, as the country has yet to release that information. It’s unclear if Chine has even figured anything out regarding the origins of the pandemic.