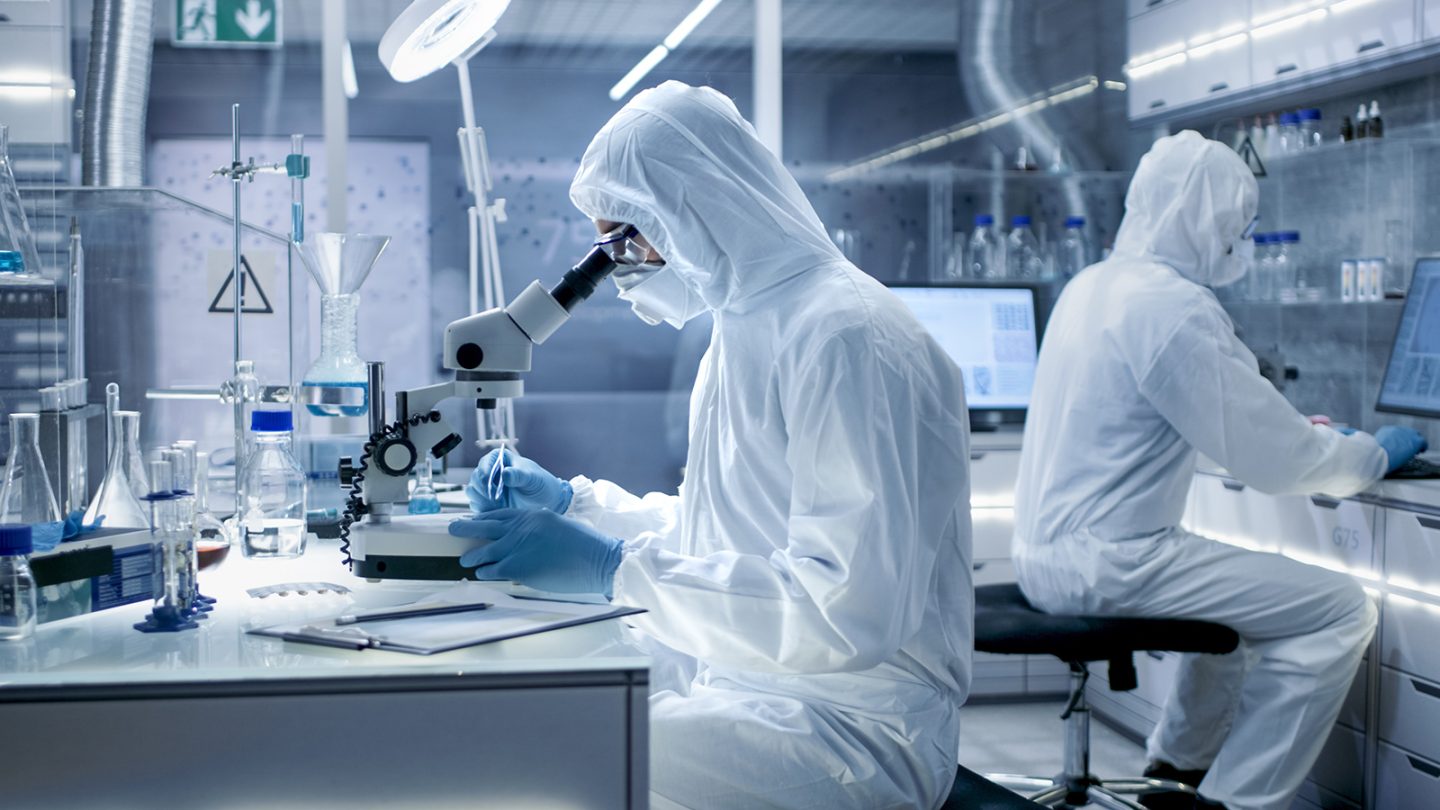 More than five months have passed since the novel coronavirus health crisis began, or maybe even more than that according to new evidence that keeps coming up. But we still have no idea of how it all started. The scientific consensus is that SARS-CoV-2 wasn’t bioengineered, and top US intelligence officials agree with that take. But wild conspiracy theories still say COVID-19 is a man-made disease that serves a specific purpose. Milder versions of those theories say the virus accidentally escaped from a lab.

Meanwhile, China last week started changing the origin story of the novel coronavirus. The virus did not escape from the Wuhan lab, but the pandemic didn’t start from the wet market in the city either, as had initially been believed. Where did it start? China wouldn’t say.

This brings us to the most startling coronavirus story so far that says the coronavirus started as an “accident” in a laboratory in China. It comes from a former MI6 boss who had access to the COVID-19 study that sparked some controversy behind the scenes. If the findings are real, this is the study that could get us closer to finding out who Patient Zero was. If it’s not, it’s the kind of tale that might inspire even more wild conspiracy theories that don’t do anybody any good.

Sir Richard Dearlove led MI6 between 1999 and 2004. He told The Telegraph that the coronavirus “started as an accident.” He said he has seen an “important” scientific report that says the virus did not develop naturally but was instead created by man.

“I do think that this started as an accident,” Sir Richard said. “It raises the issue if China ever were to admit responsibility, does it pay reparations? I think it will make every country in the world rethink how it treats its relationship with China and how the international community behaves towards the Chinese leadership.”

The paper in question comes from a Norwegian-British research team that claims it has found clues in the novel coronavirus’s genetic sequence that suggest key elements were “inserted” and may not have evolved naturally. These elements are “sections placed on the SARS-CoV-2 Spike surface” that help the virus connect to a human cell, a key event in the life of the virus that allows it to take over a cell’s huge chemical plant and turn it into a replication tool. In the published paper, the researchers theorize that the virus binds to ACE2 and other receptors, and a vaccine should attempt to block those links.

The former MI6 spy says the paper is peer-reviewed and is produced by Professor Angus Dalgleish of St. George’s Hospital at the University of London. It was co-authored by the Norwegian virologist Birger Sorensen.

The paper makes another mind-bending claim that could change everything if it’s proven to be true. It says that efforts to produce a vaccine are destined for failure, as the true etiology of the virus has been misunderstood. “To remedy the problem, the researchers are developing their own vaccine, produced by Immunor AS, a Norwegian pharmaceutical company led by Mr. Sorensen,” The Telegraph explains.

Conveniently, this is the first red flag that we’ll point out: the fact that a company would claim its vaccine candidate is miraculously the only one that will work. We’ll remind you that some 10 drugs are in advanced human testing, with several showing promise. More than 100 other vaccine candidates are also in development. The ones that passed Phase 1 clinical trials have already proved they can inhibit the virus’s ability to replicate.

Sir Richard revealed that the Dalgleish/Sorensen paper had been rewritten several times, which could also be a red flag. The Telegraph saw a previous version of the research, which concluded that the virus should be called the “Wuhan virus,” and claimed to have proven “beyond reasonable doubt that the Covid-19 virus is engineered.”

“We are aware that these findings could have political significance and raise troubling questions,” the author wrote initially in a draft of the paper that was widely circulated behind the scenes after being distributed for peer review. Intelligence officials also had access to it.

John Fredrik Moxnes, the chief scientific adviser to the Norwegian military, then asked for his name to be withdrawn from the research. Scientists from the Francis Crick Institute and Imperial College London also dismissed the findings. These are the third and fourth red flags.

The Telegraph points out that the paper was rejected in April from publication in Nature and the Journal of Virology, which deemed the research “unsuitable for publication.” Fifth and six flags.

The paper was then “watered down to remove explicit accusations against China,” the report notes. The rewritten study was subsequently accepted for publication in Quarterly Review of Biophysics Discovery. That’s a journal chaired by leading scientists from Sanford and the University of Dundee.

Here’s the full abstract of the study, titled Biovacc-19: A Candidate Vaccine for Covid-19 (SARS-CoV-2) Developed from Analysis of its General  Method of Action for Infectivity, as posted last week on Immunor’s website — emphasis ours:

This study presents the background, rationale and Method of Action of Biovacc-19, a candidate vaccine for Covid-19, now in advanced pre-clinical development, which has already passed the first acute toxicity testing. Unlike conventionally developed vaccines, Biovacc-19’s Method of Operation is upon non human-like (NHL) epitopes in 21.6% of the composition of SARS-CoV-2’s Spike protein, which displays distinct distributed charge including the presence of a charged furin-like cleavage site. The logic of the design of the vaccine is explained, which starts with empirical analysis of the aetiology of SARS-CoV-2. Mistaken assumptions about SARS-CoV-2’s aetiology risk creating ineffective or actively harmful vaccines, including the risk of Antibody-Dependent Enhancement (ADE). Such problems in vaccine design are illustrated from past experience in the HIV domain. We propose that the dual effect general method of action of this chimeric virus’s spike, including receptor binding domain, includes membrane components other than the ACE2 receptor, which explains clinical evidence of its infectivity and pathogenicity. We show the non-receptor dependent phagocytic general method of action to be specifically related to cumulative charge from inserted sections placed on the SARS-CoV-2 Spike surface in positions to bind efficiently by salt bridge formations; and from blasting the Spike we display the non human-like epitopes from which Biovacc-19 has been down-selected.

Dalgleish and his colleagues are about to release “a further analysis” that says SARS-CoV-2 has “unique fingerprints” that cannot have evolved naturally and are “indicative of purposive manipulation.”

The Telegraph saw the new study as well, titled A Reconstructed Historical Aetiology of the SARS-CoV-2 Spike. It claims the virus is “remarkably well-adapted virus for human co-existence” and is likely the result of a Wuhan experiment to produce “chimeric viruses of high potency.” The researchers seem quite convinced by their conclusions and challenge others to prove them wrong:

Henceforth, those who would maintain that the Covid-19 pandemic arose from zoonotic transfer need to explain precisely why this more parsimonious account is wrong before asserting that their evidence is persuasive, most especially when, as we also show, there are puzzling errors in their use of evidence.

This second study hasn’t yet been accepted for publication. We’ll count that as a seventh flag.

While all research studies deserve scrutiny whether they’ve been peer-reviewed or not, I’ll also point out that The Telegraph wouldn’t publish this story just to make waves. More explanations are obviously needed. Hopefully, other researchers will inspect these studies. China will likely also respond to the findings at some point down the road. We still have no idea who Patient Zero was and we may never learn. Regardless of what these two studies say, the general consensus remains that the coronavirus evolved naturally in an animal before jumping to humans late last year.

Sir Richard told The Telegraph that he doesn’t believe the Chinese released the virus deliberately, but they covered up the scale of the spread following the novel coronavirus’s accidental release. A coverup of sorts is something we can all agree on, given the mounting evidence in that regard.

“Of course, the Chinese must have felt, well, if they’ve got to suffer a pandemic, maybe we shouldn’t try too hard to stop, as it were, our competitors suffering the same disadvantages we’ve got,” he said, warning that China is still essentially an antagonist to the West and should be treated accordingly.

The Telegraph’s full story is available in full at this link and is worth a read.