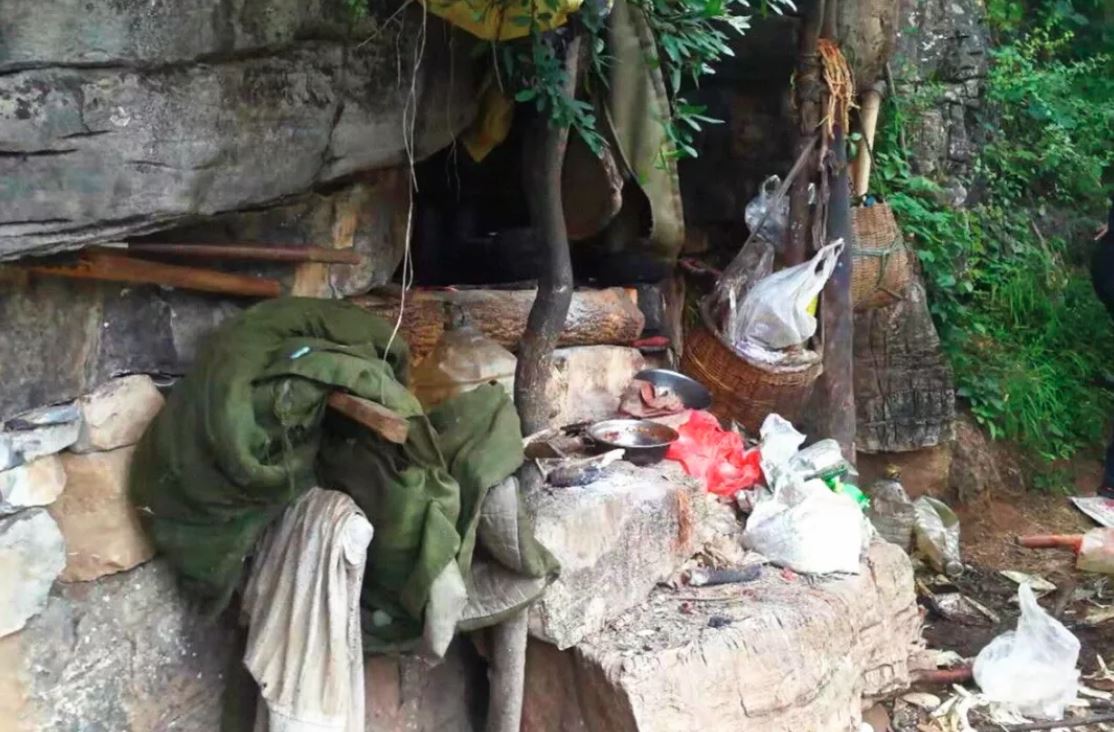 When news broke late last month about a fugitive in Wisconsin who had made his home in a makeshift bunker in the middle of the woods and lived there for three years before being discovered, it seemed pretty wild. But that Wisconsin man can’t hold a candle to one Song Moujiang, a Chinese man who escaped from jail 17 years ago and was only just now discovered living in a cave in the mountains of Yunnan.

The fugitive, who was reportedly discovered with the help of an aerial drone and tips from people who had spotted someone hiding out in the area, hadn’t seen a soul for nearly two decades.

With a drone flying high over the treetops, police were able to spot what appeared to be human garbage near a wooded peak. A closer look revealed what turned out to be the fugitive’s campsite. Police posted the details of his arrest online, and the photos are truly incredible. The 63-year-old man wasn’t exactly living a lavish life in his mountain abode. He had a few pots for cooking, some blankets and other material that were used as bedding, and bottles to gather water. Beyond those meager supplies, he had little else, and police noted that he was in rough shape when they came to find him.

Having not spoken to anyone in many years, the man had trouble communicating with the police. Eventually, police were able to determine who he was and he apparently admitted that he had broken out of jail some 17 years prior.

The elderly fugitive was originally jailed on charges of human trafficking, and he will now have to face the remainder of his sentence as well as whatever additional charges come his way.