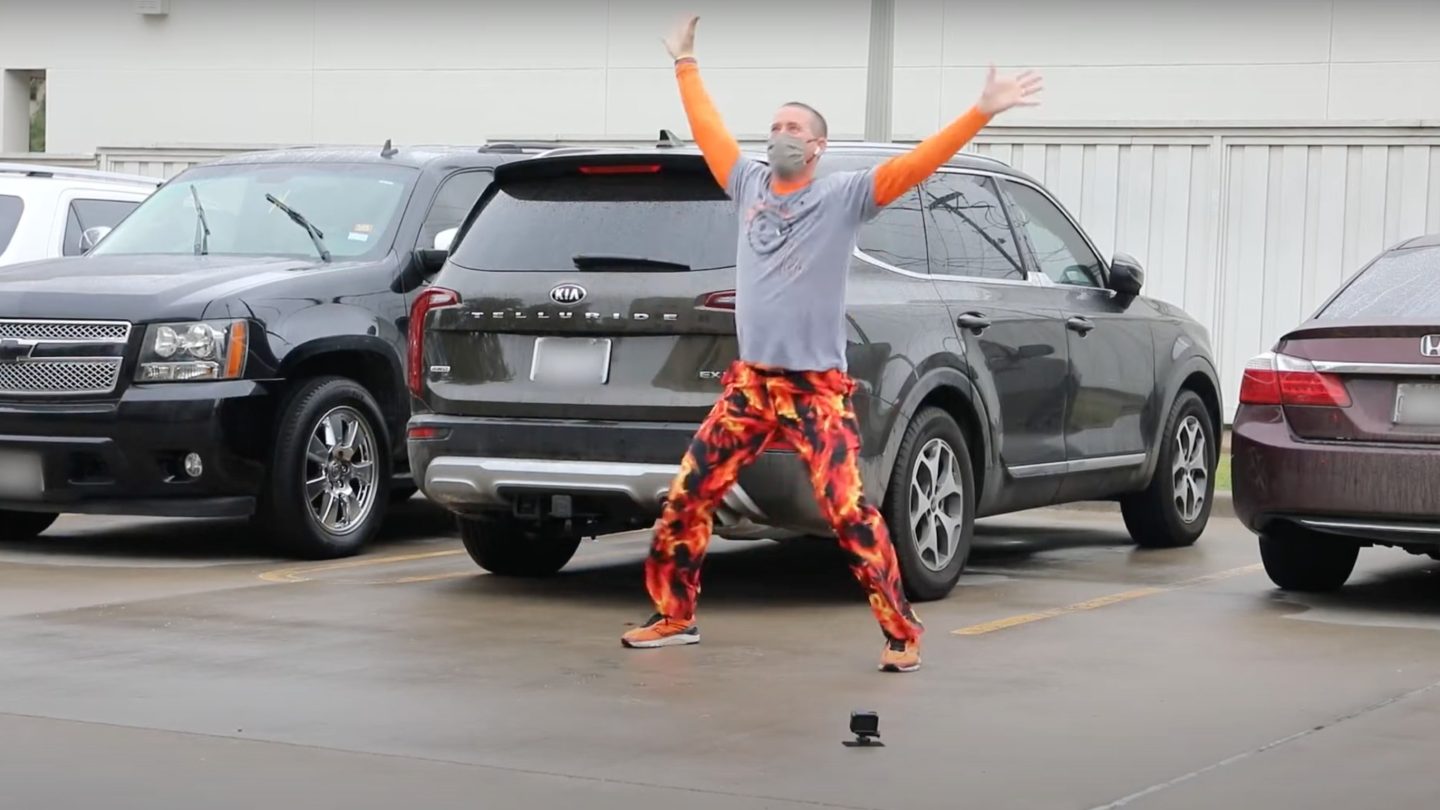 Earlier this year, John Oliver, the host of Last Week Tonight on HBO, decided to stop by CBS’ The Late Show With Stephen Colbert for a hilarious reunion of the two longtime friends who are also both alums of Comedy Central’s The Daily Show. Oliver’s appearance was virtual, of course, as the coronavirus pandemic was fully underway at that point, back in late March. During the conversation, Oliver made a quip about how this is such a “sub-optimal time to be a human being,” given the state of the world and the slew of utterly depressing news.

To a degree, that’s still the case. The pandemic has gotten an order of magnitude worse, more than 200,000 Americans have now died from it (per Johns Hopkins University), and the country’s political situation is as maddening as ever. One thing that helps is to look for and celebrate good news when you can find it, which is something that one Texas dad has inadvertently helped out with — it involves dancing in an attempt to cheer up his son who’s in the hospital for cancer treatment.

According to news reports, the dad is a Texas man named Chuck Yielding. As you can see in the video below from Cook Children’s Medical Center, he has to stay outside while his son is receiving chemotherapy treatment for leukemia inside.

This is the coronavirus era, and the hospital is strictly limiting who and how many people can be inside at any given time. Accordingly, just one parent of the son is allowed to be inside for a visit, and because his mother apparently works at the hospital it seems that’s the more convenient thing to do here.

Both father and son can be seen in the video above wearing masks, which makes this interaction all the more poignant. The father does the most ridiculous and funny dances he can, gesturing theatrically to cheer up his son who’s looking down from the window in his hospital room above. The son can also be seen in this video dancing along and cheering his father on. “Just anything to bring his spirits up a little bit, and let him know he is not alone,” the father told a local news station.

Somebody give this man a father of the year award already.