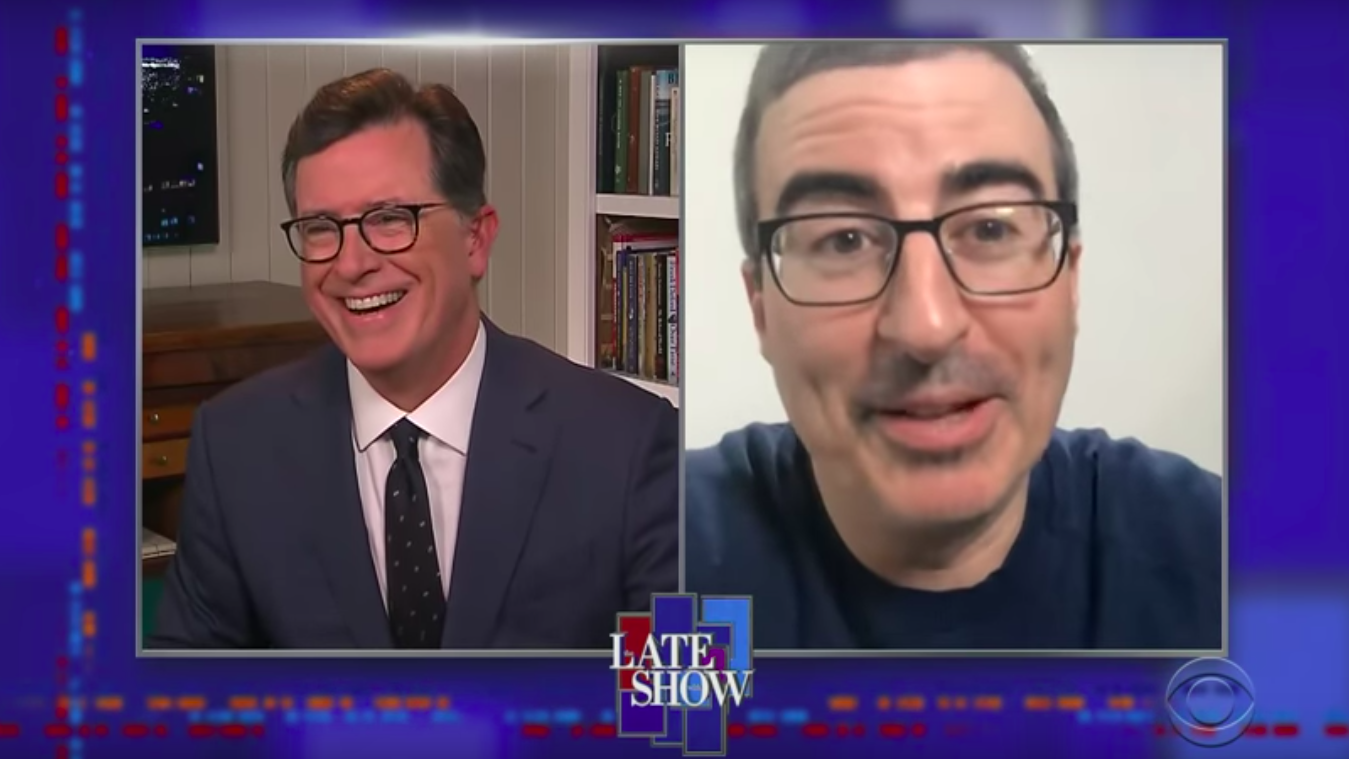 Late-night hosts are starting to fall back into their normal time-slots this week for broadcasts of the shows that they’re all still shooting from home, thanks to the social distancing requirements of the coronavirus.

Both Stephen Colbert’s and John Oliver’s shows are back on the airwaves, after several days of most talk-show hosts trying to post homemade versions of their shows to YouTube instead. And if you’re constantly trying to find bright spots and positive news amid the torrent of coronavirus-related headlines these days, we’ve got one for you here now — Colbert and Oliver, two alums of The Daily Show, decided to get back together briefly for a segment on Colbert’s show, and the results were, predictably, hilarious.

Oliver had me dying when he acknowledged how hard it is to figure out how to shoot a show remotely while everyone on his staff is talking through Zoom. “I’ve basically been committing union infractions out the wazoo.”

Check out the reunion below, which starts with both hosts singing their respective shows’ theme tunes. They quickly move on from that to seeing if they can get away with saying any curse words and whether the censors will still bleep them out:

Colbert asks Oliver how he’s doing, after they finish goofing around, and Oliver tells him, “I’m at about a … 4?” (On a scale of zero to 50).

We should also take a moment and mention the monologue that Colbert delivered at the top of the broadcast, which was obviously a nod to the global pandemic and both meaningful as well as silly:

I know a lot of you are stressed because we’re all in isolation, and no one knows how long this is going to last, but I have a simple message for all of you: America, you got this. You’ve been training for this moment your whole lives. Every canceled plan, every 2 a.m. Netflix binge, every Grubhub order from the restaurant across the street—it was for this. We’re Americans! There’s nothing we do better than not doing things! Yes, we’re the country that put a man on the moon. Yes! But we’re also the country where 125 million of us stayed at home to watch it on TV.